I held off mentioning much about my diet and subsequent weight loss on Horsetrailriders.com. Didn’t seem horse related and didn’t want to sound like a braggart, either. But including it on my blog will not only chronicle the feat for me, but hopefully inspire others who have been wanting to make a healthy lifestyle change.

First off: Losing weight has been the hardest thing I have done with the exception of quitting smoking. It’s kind of ironic because quitting smoking a decade ago – not having children or getting old – is the sole cause of my weight gain. And I knew it would happen – but forgave myself because after all, I did quit smoking. Why not reward myself with a little dessert… following seconds of mashed potatoes and gravy! 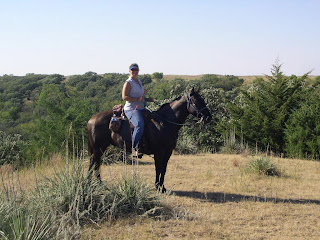 Although I didn’t talk dieting on Horsetrailriders.com, every Wednesday since the first of the year, we chatted about dieting on the Yahoo Group, Horsetales. Wednesdays were our weigh in day and we could go “off-topic” with weight loss talk. Many of us set goals back in January to lose weight and collectively, as a group, we lost over 275 pounds. It was really incredible what the power of many can do for your own motivation. In addition, we were all horsewomen – and doing it for ourselves is also doing it for our horse! And you know horsewoman – if it’s good for the horse than we must do it!

I joined Weight Watchers in January, through a program offered at work. I always thought these diet plans would be hard as I am not a vegetable eater. They didn’t push the veggies, you can still eat carbs (my weakness) but more importantly, they taught me portion control. If I NEED Schwan’s Ice Cream tonight, make it one scoop and not a full bowl and skip an afternoon snack. I’m great at making deals! So this plan worked for me. 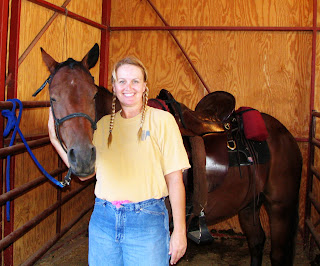 I also knew that diet alone wouldn’t firm up the carrying two children and 10 years of the gravy train! I’m nearing 50 years old and other than riding, have no real exercise plan. And let’s face it, unless you ride every day, trot often (bareback!), haul 4 to 5 bales UP TO the hayloft, let’s not fool ourselves. You don’t get a lot of exercise just moseying down the trail. We have a gym at work with a bunch of machines and a set of weights, but I have no clue what I should do with them. I noticed Curves, a fitness center designed for women, was just down the street from work. They offered a plan that seemed foolproof. You go in, get on their “circuit” and rotate around their machines. They tell you when to advance. Thirty minutes and you are done. Works for me!

So after I uncovered the secret recipe for weight loss – diet and exercise – I challenged about 200 of my dearest internet friend – the Horsetales bunch – to keeping me in line & joining me, should they feel the need. And about 20% of the group got on the bandwagon! 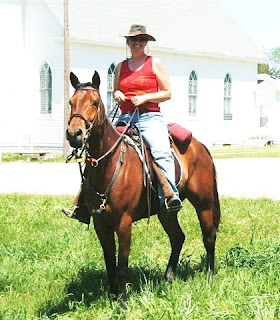 The pounds came off slowly – one to two pounds a week. We’d have set backs and gain one or two back here and there. But consistency in the plan paid off. It took about 3 months for me to lose 10% of my weight – which was about ½ of my overall goal. It took another 4 months to get to my goal.

On Horsetales, we talk about percentages and pounds, not what we weigh. I lost 37 pounds which is just shy of 20% of my starting weight – you can do the math if you want. What surprised me is I am wearing the same size clothes I wore when I graduated from high school almost 30 years ago! But weight wise I’m 20 pounds heavier. I think the reason is due to exercise. Muscle weighs more than fat, so I’m just as thin as I was then, only more fit. And I feel better than I have felt ever!

It hasn’t been easy. I am pretty sure a pack of Marlboro reds would have moved this weight loss thing along a little quicker. And there were times that I couldn’t resist a second Mike’s Hard Lemonade or Julie B’s lemon meringue pie. To lose weight you MUST cut down on the intake and balance it with the exercise. Nothing you and I haven’t heard before. But it isn’t the end of all good things. I just woofed down a pumpkin bar as I was writing this. 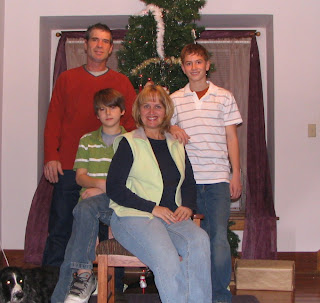 As a horsewoman, I think I am lighter in the saddle. I have more ambition. If I drop something from the saddle, I don’t dread getting off and climbing back on. I’m more limber and I’m also stronger. I’m sure my horses appreciate carrying almost 40 pounds less on their backs.

Even though I am where I want to be, I think the challenge continues to lie ahead. To maintain. It truly is a lifestyle change. Losing weight slowly helps you adjust to those changes. I’ve had so many people eager to tell me that they lost 40 pounds, too, but just couldn’t keep it off. “It’s just too hard”, they would say. I have days that it IS just too hard! But I must commit to only having bad days – not bad weeks! To keep on task. 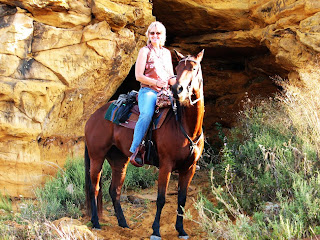 I’ve had an incredible support system of friends and family. I’ve gotten stern looks from my sons when I’ve stolen a French fry from their plate. But have been rewarded by my youngest son hugging me around the waist and telling me how much less of me there is to hug. Or my husband telling me he’s proud of me. And I get equally as excited to see some of my Horsetales friends succeed at their weight loss plans, too.

So here ends my bragging blog. I am happy with my success, happy with how I look, and happy with the new clothes size! Short of plastic surgery to remove the wrinkles and being 28 again, I couldn’t be happier. And I thank all of those who dieting with me, supported me or patted me on the back during the last nine months. It helped and it continues to help. Lord give me strength during the holiday season!! 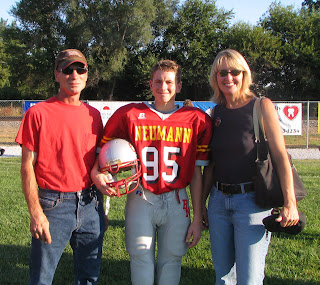