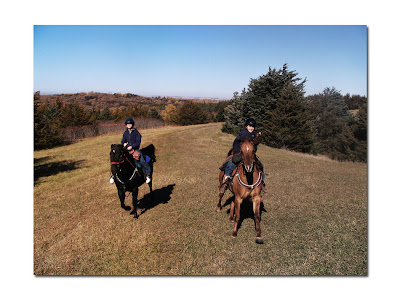 It’s November 12. I was going to start this blog by complaining about “Gray November” for obvious reasons. Sunless skies, cold damp days and living in what feels like perpetual darkness since the recent time change. But those who have been following Horsetrailriders.com for any amount of time will recall that every year I start to complain about this time. It’s the same song, different verse. So I looked back into the archives of Stable Talk and my Trail Time hours to see what the previous year’s offered us.

Surprisingly, last year, I never publicly complained about Gray November online but also had fewer entries on Stable Talk. So just because I didn’t moan about it, doesn’t mean we didn’t experience it. I recall our final Platte River Ride at Camp Moses was the first weekend in November and the weather was far from gray – actually, one of the most beautiful fall days that I’d experienced in a long time. So nice, that we even made plans to camp prior to Thanksgiving. But then, just when “good” November sucks us in, Gray November rears its demon head and screams “gotchya!” And that was how it was last year.

In 2006, I recall it lightly snowed at our last Platte River Ride held at Chance Ridge in late October of that year. We got a slight reprieve in November and enjoyed both Camp Moses and Two Rivers up until Thanksgiving of that year. Now that was a good November! How do we order a repeat? But we weren’t as lucky in 2005. I wrote: “It's November; Gray November. My least favorite month of the year. I know there are colder months ahead, but those cold months lead into the spring. November leads into the winter…. Although the sun is shining today …. I’ll warn you now, the gray days are coming.”

Well folks, if you haven’t looked out the window lately, the gray days are here! Can it be any more miserable? (Don’t answer that or we’ll get 30 mph winds!) Button down the hatches, rotate those tires, find the ice scraper and your Elmer Fudd wool cap, because Gray November has arrived.

I have little things I do to get me through the four long months I consider winter. Right now, I keep a watch on the weather and steal rides on any day that it looks to be sunny and above 45 (no wind, please). And that gets me to Thanksgiving. Then my family will be here. My niece will want to ride. So even if it’s gray and cold, we’ll do a quick ride around the property to get our fix. Its only 2 weeks away. And after Thanksgiving, my next goal is to get to December 21st. The official first day of winter. Why? The days start getting longer again. On December 20, the sun sets at 5:00 PM. And then, miraculously, on December 21, it doesn’t set until 5:01 PM! And by the end of December, we have sunlight until 5:07 PM! It just gets better and better from there!

Even though I am afforded a little extra daylight at the end of my day, I still have to get through January and February. I don’t know about you, but where November is the grayest, January is definitely the longest. Yeah, I know. There are only 31 days in January – same as most months. But from January 1 to January 31, time stands still! My secret is not to take any vacation days. I just work, work, work. And heck, if I can get some travel in January, that’s just icing on the cake. Time goes faster when you are busy. It gets me through the 31 days of Frozen January hell. And don’t think you can relax yet. February is just an ugly step-sister to January except she has fewer days. Thank goodness it isn’t a leap year. I can barely stand one more day in February every few years!

As we tear off Ugly February from our calendar, there is hope when March appears. There is the reunion of horse friends at our Nebraska Horse Expo. The ground is thawing; the trailer tires are no longer frozen in place. Someone brags on Horsetales that their horse is shedding and someone else spots a robin the trees. Oh, there is mud, but its happy mud. And soon it will be April and we’ll be riding again. And I don’t care what Merle Haggard says about December, for me it’s surviving Gray November. 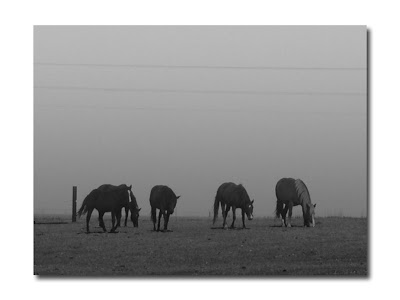