Not Your Typical December 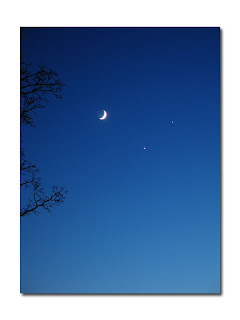 Last night, the stars lined up just right to form a celestial spectacular that we won’t see again in our lifetime, so they say. I just happened to hear about it on the radio when we were driving home and McCain said “look” and there it was. Of course my cell phone didn’t capture the brilliance, nor could I keep a steady enough hand using my digital camera after I got home. My friend, Julie Baker, braved the chilly night equipped with her camera and tri-pod and got this great shot!

Tonight, we had another rare occurrence: almost sixty degrees in December. It was KILLING me to sit at work today knowing that friends were out riding. I truly hated them at that moment! (Okay, hate is a strong word – I disliked them at the moment!) Then my phone rings. It was McCain. He left his car lights on in the school parking lot this morning and the battery was dead. Would I come get him? Would I? I couldn’t leave work fast enough to fetch my poor, stranded son. “Get in the car!” I hollered at him as I squealed into the parking lot, my Honda Civic barely on two wheels! “We are burning daylight!” Okay, a slight exaggeration, but I did push it a bit over the speed limit to get home. Changed clothes quickly and saddled Windy in 4 minutes flat. 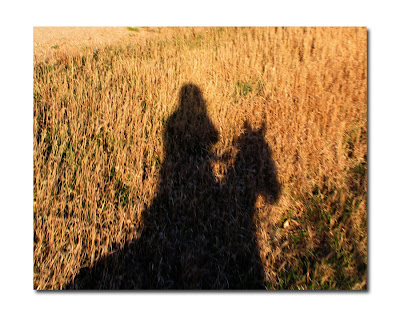 Enjoyed a little over a half an hour of daylight and rode into the evening. Windy was pretty high, which surprised me. Some of my other (wretched) friends who were riding today also mentioned some of their horses were a bit spirited. I bet they felt as good as we did! There was no wind and even after dark, there was no bite to the air.

Its short lived. The Big Fat Lying Weatherman says the snow will reach us about 3:00 AM tomorrow morning. We’ll awaken to the white stuff. He also says we may have possibly seen the end of the 50’s for 2008. Of course this time he probably isn’t lying.
- December 02, 2008