In Her Daughter's Eyes 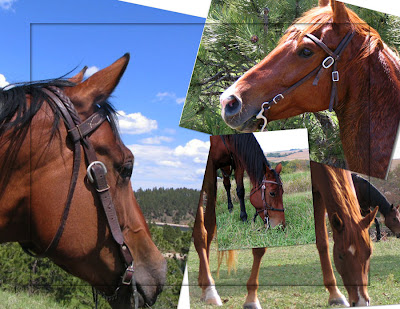 I just can’t capture in a picture what I see with my own eyes: her mother’s eyes. The little wrinkles she gets over her left eye when she is worried or the fire in her eye when she is pissed. The mother is much more subtle about showing her true emotions.

In some pictures, I see the same stance. And when they run across the pasture, they both exhibit the same grace and beauty. Stride for stride, she can out run her mama – but she doesn’t have the heart for the game.

She left as a yearling and came home again when she was three. I hoped for a flicker of recognition between the mare and her filly and was disappointed it was no different than introducing a new horse to the herd.

But sometimes I think they know…. I catch the mama watching as her only offspring is loading. And I see her approach the gate when we come home again. I’ve seen her rest her neck across the mane of the younger horse and I’ve watched the filly garner courage from her mother’s footsteps.

As a mother, I look for things in these horses that I feel in my own heart. Horse people.... mothers.... we are like that, you know. Trying to attach a human emotion to make what we see more real. And I wonder…. do we really know it isn’t? 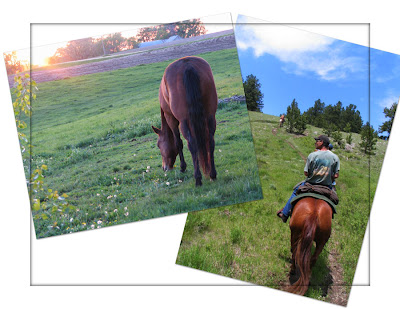 It's hangin' on when your heart has had enough
It's giving more when you feel like giving up
I've seen the light
In my daughter's eyes
- January 05, 2009

Email ThisBlogThis!Share to TwitterShare to FacebookShare to Pinterest
Labels: Ginger, My Herd, Windy