Riding Out of January 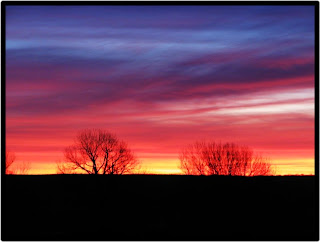 We started tracking the weather almost a week ago. The Big Fat Lying Weatherman was hinting that the high could reach 48 degrees on Saturday. Heck, at this point, we would take anything over 30, so the Horsetales group started making plans to ride at Two Rivers. As the week progressed and the predictions remained the same, it looked like we were good to go. 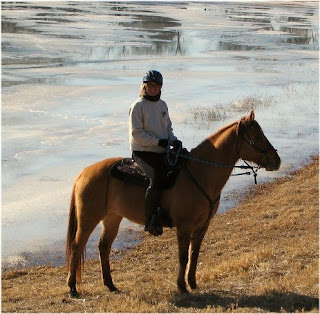 I had planned to take Blue – haven’t had him out for awhile, but he is due to have his feet trimmed and they didn’t look the best. Since I just had Ginger and Windy at Chance Ridge the night before, I chose Butter for this ride. She darn near haltered and loaded herself! I think she was as ready as I was to get out and go! And pretty sure I saw pouts on the rest of the herd’s faces!

Sixteen riders met at Two Rivers for a ride scheduled at 12:30. The weather was so nice, most of us got out there a little early and were saddled and on by noon! The wildlife area is still closed to horses out of respect for the hunting seasons, but there is still enough park area to get a few hours of riding. Footing in the wildlife area would have probably been too poor anyway. 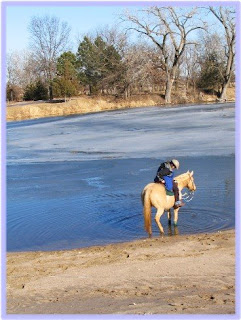 For as nice of a day as it was, the park was unusually quiet. Saw a few campers (oh, my – people really camp in Nebraska in January?) Heard the hunter’s gunfire in the distance. Startled up some deer who made a run for it around our group. Watered the horses where the ice had melted at the lake’s edge. We just couldn’t get enough of the day! Had a great 3.5 hour ride with friends!

Once home, I just wanted to savor the day. I unloaded Butter and fetched Windy. Saddled her up in an English saddle (just for the heck of it) and headed down the road. She felt good and eager to go. We rode until the sun was setting, my hands were chilled without my gloves. But what a wonderful end to a great day! My psyche is now refreshed! February, here we come!