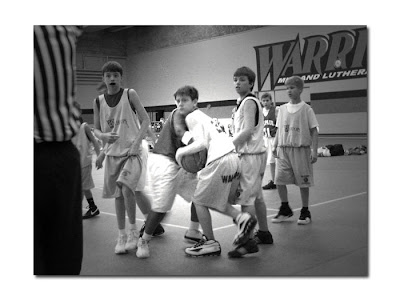 I could have named this blog entry “Making Every Moment Count”. That would seem a bit unhurried which was what this weekend wasn’t! We had two days of basketball tournaments and traveled 150 miles to my niece’s going away party (she's leaving for Iraq) plus got everything back in order after Expo, including cleaning the trailer. Boy, a spilled bottle of Show Sheen really does make the LQ floor slick and the two teen-aged boys sleeping in it last weekend were bigger pigs than my horse! 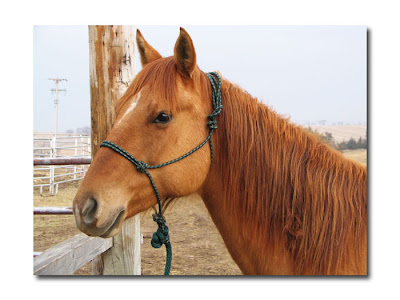 While Windy is away for her spring tune-up, I have vowed to put time on the other horses – most notably, Case’s mare, Butterscotch aka “Butter”. She’s picked up some bad habits having only a kid riding her most of the time and has become very barn and buddy sour. I enjoy riding her when she is good – and she is a good little mare, but can be quite a handful when she's naughty. We’ve had a few good rides this week and up until the last 100 yards from the barn when we disagreed on which route to take there; this morning’s ride was fun and relaxing. 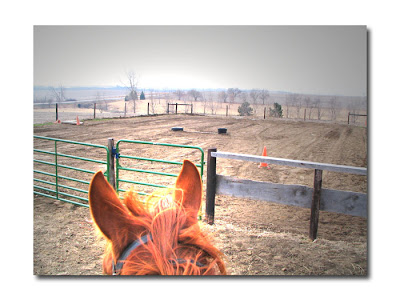 While Butter took a time-out away from the barn, I saddled Ginger. She knows going through the gate to the arena means work, so had a heckuva time getting her up to the gate to open it from the saddle. So I made it harder work to be outside of the arena and finally she relented. She is starting to really shed and is almost a cherry red right now! 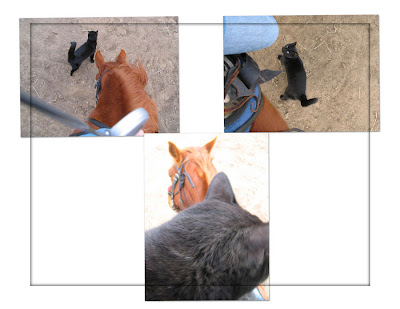 A short time later, my little one-eyed Mickey Kitty found me. He wondered into the arena and greeted Ginger. If I pat my leg, Mickey will jump up to me. I wondered what he would do with me on a horse? What would Ginger do? I made sure I had a good hold on the reins with my right hand and motioned for Mickey to come on up. He did, but he jumped on Ginger’s shoulder, rather than my knee – with his claws out! I swept him up quickly. Ginger barely flinched! Whew! Probably wasn’t a real good idea and no doubt I would have scolded my kids if they tried it! Rode over to the hitching post and let him down. 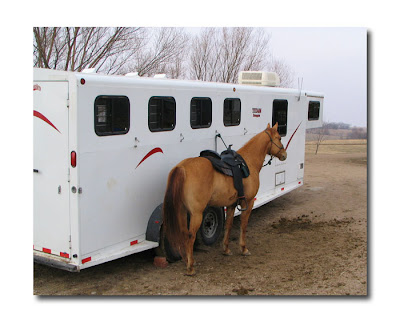 Left the arena (going out of the gate is so much easier than going in – imagine that!) Rode over to the trailer and fetched Butter from her time-out. Ponied her out to the cornfield and back. Both horses moved along easily. Almost two hours had passed since I went outside. When I got back to the barn, I let Bodett out of the tack room. He visited Mickey for a bit and then smelled noses with the horses. He posed nicely for a picture with Baby. Our gentle giants. 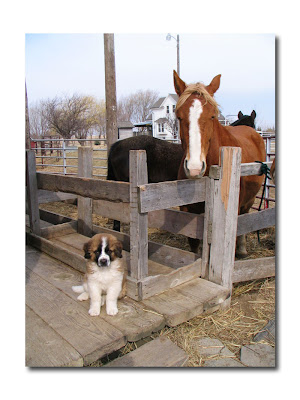