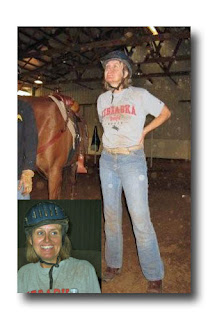 If you've been following this blog, you may recall this story from late last summer. I met some friends at an indoor arena for a play day. I’d been riding a green horse and was quite pleased with how far we had come. When someone rolled a big ball into the arena, my horse’s ears went up and he was in hot pursuit of the ball. Curious and eager. Truly, I was pleased with his reaction. There didn’t seem to be an ounce of fear. And just as I'm thinking we could be playing broom polo, he humped his back and bucked like I’ve never felt before. I remember trying to bring his nose around and the next thing I remember, I was smacking the ground head first, right above my eye…. 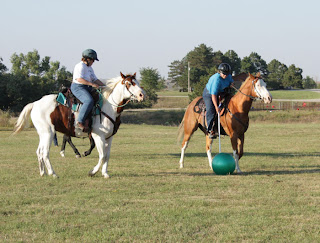 I belong to many chat groups – mostly just lurk except on those I moderate. It seems no matter what the group, there are topics that people are so passionate about that when brought up, the conversations always tend to go south. Two that come to mind are barefoot vs. shod and helmets. I think I’ll just stick to one for today. Helmets. There are strong opinions from both camps. Although statistics support it, common sense tells me I have less of a chance of a head injury if I hit my head while wearing a helmet. And truly, I don’t care what you do. It is your choice. Your head. Your life. So instead of having to say “but, but , but” when the topic comes up again – and it will – I can just refer to this blog which really is, just my opinion thrown in with some statistical information. 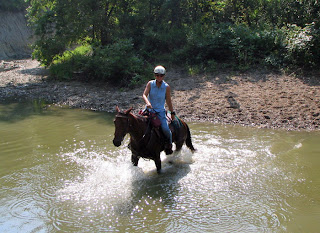 I wear my helmet probably 95% of the time and I am smart enough to know I should wear it every time. (I just wanted to have that 5% disclaimer in case one of you catches me without it.) I ask that my sons (ages 14 & 12) wear a helmet 100% of the time and they do probably 99% of the time. Their exceptions are not valid, but sometimes it just happens. My husband does not wear a helmet. That is his choice. He didn’t use to wear a seatbelt either and now he does. So perhaps he will come around. In my riding circle, I have more friends who do wear helmets than those who don’t. I don’t judge them either way. I know people who are very vocal about wearing a helmet and those who are very adamant they never will. There are extremes to every cause. 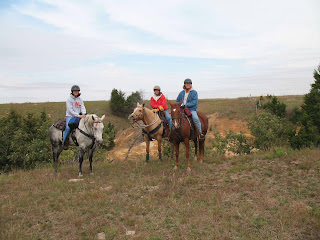 Let’s just say I’m not an extremist but I make an informed decision. While it is true that most of the time when you fall from a horse; you probably won’t fall on your head and while it’s also true a helmet will not protect your neck, I wear a helmet for the times when I may fall and I may hit my head. The statistics support there is more of a likelihood that you will receive a head or brain injury when you strike your head. A helmet reduces that risk. Broken bones will most likely heal, a brain injury may not.

Do I give myself a false sense of security by wearing a helmet? Do I take unnecessary chances just because I wear a helmet? No. Once the helmet is on my head, I give it no more thought than I give my boots; it’s just part of my gear. Sometimes after a ride, I have to be reminded to take it off. And I was surprised to find they were not too hot. If you don’t ever wear a hat, you might be uncomfortable at first. But if you normally wear a ball cap or cowboy hat, I think you will find a helmet might be a tad bit cooler with the ventilation helmets offer. 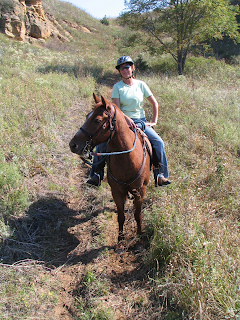 I think the biggest problem about wearing a helmet is the awkwardness of it. Not in the fit or the look, or the flat hair, but in the perception some people have that helmets are just for the inexperienced, unconfident or poor riders. Look around at those who routinely wear helmets. Endurance riders, eventers, fox hunters, hunter/jumpers, and jockeys, to name a few of our top equestrians. We are in good company and I doubt many of those riders even have conversations about helmets. They know the pros to wearing one. I am disappointed that more clinicians and trainers do not wear a helmet or promote helmet use with their students. You would think that would be the first safety option which comes to mind.

True confession. When I started riding again as an adult, I never wore a helmet. I bought them for my kids, but never enforced using them. When my horse stepped on my ankle and broke it while I was on the ground – I wasn’t even riding -- I realized how easily and unexpectedly accidents happen & that clip to my ankle could have been my head or that of one of my sons. And as a result, helmets became a part of our required riding gear. I truly believe my example made the transition easier on my sons. Months later when I saw my youngest thrown from the back of his horse and a crack in the back of his helmet from that fall, I celebrated that decision! 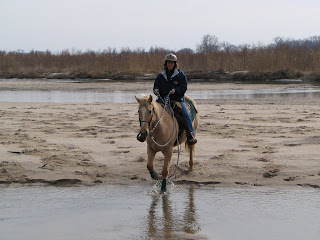 It’s not speed that kills. It’s “gees”. Three hundred gees is the international threshold for serious brain injuries. A fall from 3’, if unprotected can result in an acceleration of more than 300 gees. When riding a horse, your head is usually 6’ off the ground. Approved helmets cannot allow more than 300 gees to pass through it. I don’t have to be a stinkin’ actuary to know that reduces my risk.

The University of Nebraska Extension, partnering with Washington State University, reports that over 60% of all horse related deaths involve head injuries. Read that carefully. It’s not 60% of all falls that cause head injuries, 60% of the time that you hit your head in a fall, you die! Six out of 10 times.

A study done by the University of Nevada reviewed 641 equine accidents from 1986 – 1996. They also reported 60% of all head injuries result in death. In addition, offered these statistics:
If I backed into those statistics looking for a way out of wearing a helmet, I probably could convince myself they aren’t necessary. And I probably wouldn’t have had one on the day I took head-dive from the colt last summer. And I am pretty sure I would have had more than just a headache that day. We all make choices in our horse life. What to feed, how to trim, riding disciplines and breed preferences. Barefoot or shod. Helmets are just another choice and a choice I make. 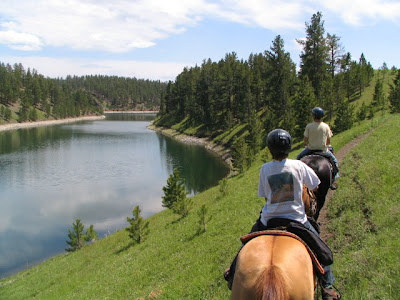 University of Nebraska Helmet Equine Safety; Every Ride Every Time

Email ThisBlogThis!Share to TwitterShare to FacebookShare to Pinterest
Labels: Helmets