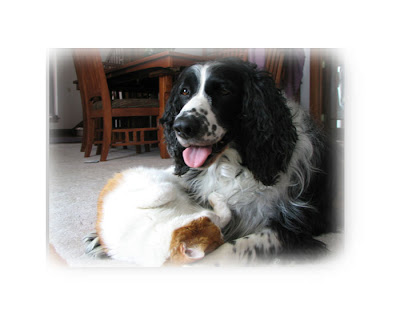 About ten years ago, I found myself without a dog. My old dog had died the previous summer and our 7 year old English Springer Spaniel, Macy, passed away unexpectedly a few months later. The house was unbearably lonely. I found another springer, Madeline, a few weeks after Macy died. It wasn’t long after Maddie settled in, that I was at the Humane Society helping my mom pick out a dog and noticed a St. Bernard in a pen waiting to be adopted. I mentioned it to John later that evening and was surprised when he returned there the next day. He didn’t get the dog I saw, but came home with a big black dog. She resembled a Newfoundland, but we were told she was Lab/Saint cross. For the next 9 years, Jo-Jo was a part of our farm life. We lost her to bone cancer about 1-1/2 years ago. 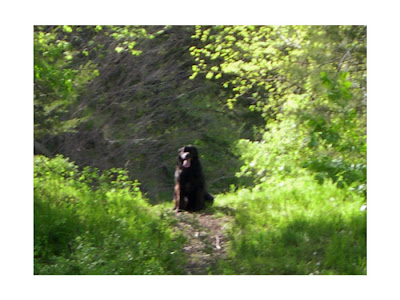 I thought about getting another giant breed after Jo-Jo died. I like having an outdoor dog to alert us to people coming onto the farm and keeping the wild animals at bay. I ended up finding Ritz, a white German Shepherd. He was 6 months old and bigger than a puppy per se, but something different. After meeting him, the kids unanimously voted we take Ritz home. He came to us with a kennel, his own set of bath towels, a huge box of toys and great medical records. He had every shot known and was bathed weekly at Pet Smart by his former owner. He’s forgotten his cushy start to life living here with us. And other than losing a couple teeth to a horse kick, I’m pretty sure he is about as happy a dog can be! 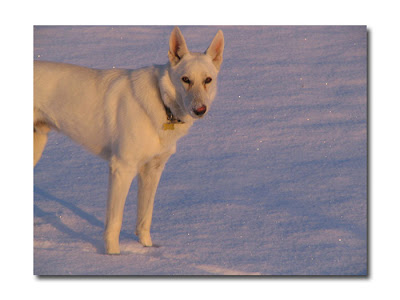 Puttin' on the Ritz

This past Friday, there was an ad on Craig’s List for 8 week old Saints and priced right – free! My heart started pounding. I was very tempted to call and tell them "YES! I’ll take one or three!" As a friend said, I could ask forgiveness later, right? But I didn’t. Instead I called John and tested the waters. Either he was in a good mood or knew he wouldn’t win the battle. I got the green light.

When Case and I picked up the puppy, we noticed his more humble beginning than that of Ritz. I couldn’t help but think of the Ritz Carlton vs. the Motel 6. So that is how the puppy got his name. Bodett. Tom Bodett. Of the Motel 6 fame. (I’ll leave the light on for you…)

Email ThisBlogThis!Share to TwitterShare to FacebookShare to Pinterest
Labels: Dogs