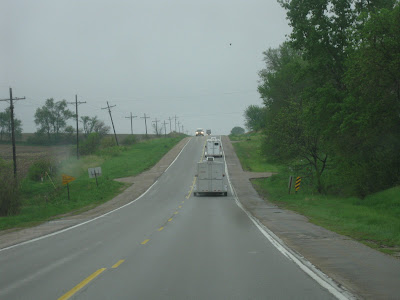 I pulled into our driveway about 9:30 last night. I was weary from driving. My body felt tired; but it was a "good" tired. I unloaded "the prettiest bay horse in the world" and lead her into the corral. Ginger approached her first and as they often do after Windy has been away, they put their faces together for a few moments. I closed the gate and made my way back to the house still thinking about the weekend. How often do you get to spend three days with your friends and your horse at a beautiful park and do just what you love to do? Ride. And ride we did.

I did my first (and last) Competitive Trail Ride at Indian Cave in 2004 on Windy's dam, Ginger. She was pinch hitting for my gelding who came back from vacation that year with a sore back. My experience with Ginger up to this point wasn't good. She was John's horse, not mine. A bit like a little red sports car. Fast and quick. Not easy to "drive" and not real forgiving if you push the wrong buttons. And truth be known, she scared the beejeezus out of me! But she was also the only one in our herd who I knew could do the distance easily and I wanted to do it bad enough. Many times over the years, I have thought about throwing out those first scorecards. Egad! It was very humbling. My only consolation was that Ginger did worse than me! She wouldn't stand for the vet, she wouldn't let the vet touch her mouth. And obviously I didn't know how to press her "reverse" button because even the simplest obstacle, like backing through some ribbons, she refused. After that ride, I said "never again." 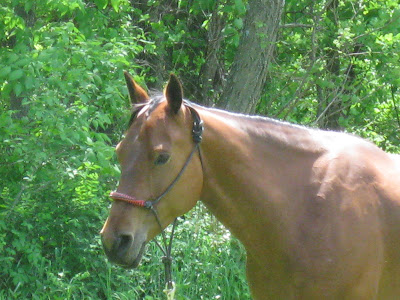 What changed my mind? Windy. She has been my partner for going on five years. I've learned a lot from this mare -- most notably that mediocre is not good enough. That I must become a better leader or she will jockey for that position every time. And while we continue to grow as a team, we both have tons to learn. This competition would be a good way to identify some of the things we need to specifically work on. In the last year, we logged 300 hours of trail time, probably riding over 1,000 miles. She is in great shape and well conditioned. And Ginger set the bar pretty low!

When I first saw the James Gang Rideout on the CTR calendar, I looked at a map. Smithville, Missouri is relatively close. An easy drive. A nice time of year. But this time I didn't want to do it alone. I needed a little help from my friends. Not just moral support, but their butts in the saddle next to me! And almost from the moment I suggested the ride, Annette, Jess and Robyn were on board! And with a great support group of veteran CTR friends, we had as much fun planning and prepping as we did riding. Well, almost as much fun....

It was cloudy when we left Nebraska driving into darker skies to the south. No sooner did we hit I-29, then the thunderstorm came rolling in. The Big Fat Lying Weatherman is never wrong when predicting the bad stuff.... (to be continued....) 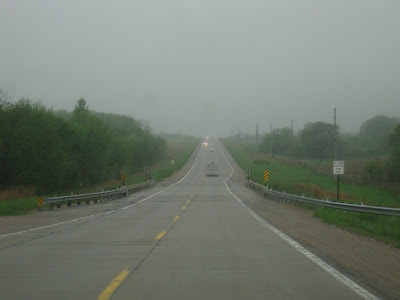