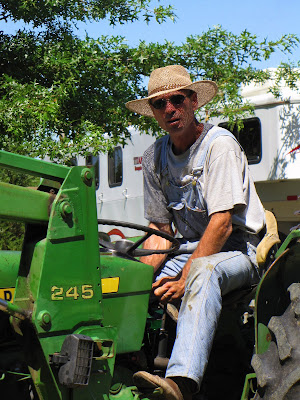 Did I really just post a blog called “Riding, Riding, Riding?” Seems shortly after that post I have been doing anything but riding, riding, riding. And the worst part is, we have had wonderful weather considering it is August. Well, up until today that is. And being that I live in farm country, one would argue that today wasn't a bad day weatherwise either. But to me, after 1.5" of rain, my day was ruined, ruined, ruined.

I decided to take one for the team last weekend and not make any riding plans. There were a lot of things to be done around the place. Yard clean up -- Bo tends to drag around everything! We also needed to mow the pastures where the grass was thick and coarse and ungrazed, hoping to attract the horses and cows to the undergrowth. We had a small hayfield that needed mowing in hopes of picking up a few more small bales. 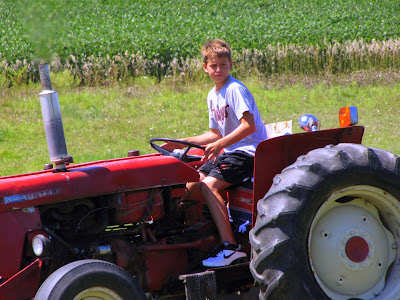 The boys were both home - we had all hands on deck. Well, McCain's hands were under the hood of his car much of the time, but he did push out some effort being the "gas man". We really need one of those big barrels of fuel on the property – I can’t tell you how many times we needed him to run for more gasoline to keep all the tractors and mowers going. 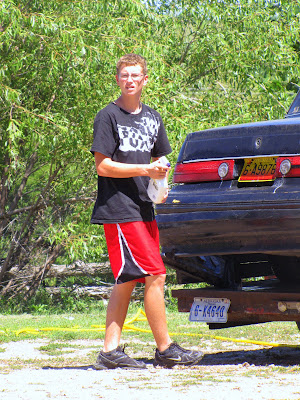 By Sunday night, the place was looking pretty good. The pastures looked groomed, that pesky tree bug problem was under control and we got a good start on weed-eating – although I don’t think that project will ever be done!

I decided to take today off and made plans to ride with the Platte River Riders North group this evening. Since it is a couple hour haul up there, some friends and I decided to make a day of it, head up early, ride and have a late picnic lunch between rides. Twenty percent chance of rain. Heck, that’s nothing! So we thought. 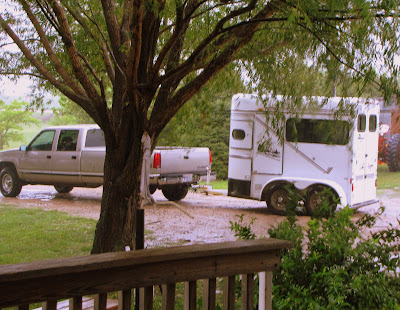 I woke up to overcast skies. Kathy called and said it was raining at her place. Hmm. She’s south, we are heading north. The Big Fat Lying Weatherman still says only a 20% chance of rain here and where we are heading. We should be good. Called Sam, whom we were meeting, and she suggested we hold another hour and just to see what happens. Well what happened are the heavens opened up, up, up! While hooking up the trailer, the lightning started flashing. I got in the house in time to shut down the computer. And shortly after that, I lost all power in the house. In less than an hour, we had almost 1.5” of rain. Radar didn’t look promising in the direction we wanted to head. Nope, nope, nope.

No one ever wants to be the first to say, “forget it”. We were all thinking it though. Finally, Kathy, who had the farthest to drive, said she didn’t want to risk that many hours on the road and get rained out. We all concurred and scratched our plans.

I sat in my dark house without the hum of the refrigerator for about 2 minutes. No computer, no tv. It was too quiet. In the dim light, I went to the closet and rummaged around for clothes that appeared to match and quickly changed out of my boots and jeans. Ran a brush through my hair, put makeup on as best I could without lights and went to work, work, work.
- August 26, 2009