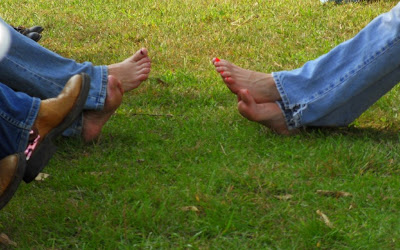 My blogging has been neglected!  Lot's going on, but nothing too notable.  We took the horses to Camp Moses over the long weekend.  Only have a couple pictures as my little saddle bag camera broke.  I was able to fix it after we got home, too little, too late. 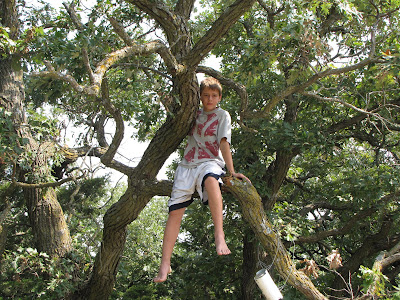 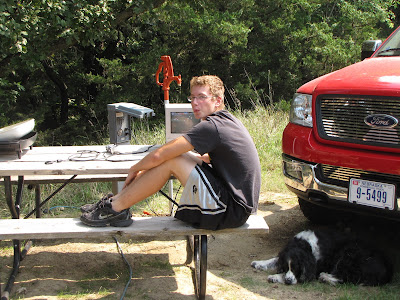 I just found some shots of the boys in camp on my other camera. You can see how both the boys kept themselves entertained!

By the time we got home, the trailer smelled of stinky boys (mini-men?)  Gave it a good scrubbing on Tuesday and loaded Windy back up on Wednesday for a friend's last ride (with our group, that is). 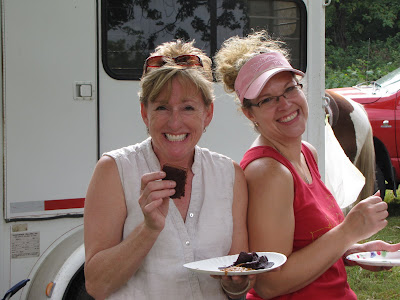 Vic & Corie
My friend, Vic, and her family are moving to Texas early next month.  We became friends a few years ago when she leased my gelding, Jo.  We've both since moved on with other horses.  Our paths still cross occasionally and now that she is leaving, I have to say that I wish we made an effort to ride together more often.  Another example of  "I could have been a better friend if I hadn't trusted time."  I"ll miss you, Vic!

One week until the Competitive Trail Ride at Stephen's Forest.  I don't feel I am as prepared as I was for the ride this spring, but I'm cool with that.  I'm not going to stress about the competition.  This one will be a scenic ride.
- September 11, 2009