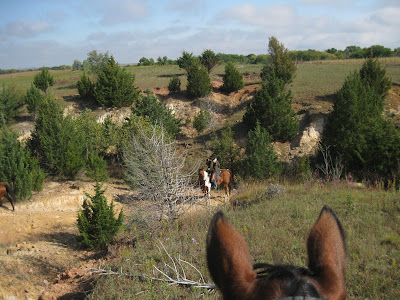 Almost sixteen hours in the saddle, we covered nearly 45 miles.  Although the t-shirts say “Indian Cave”, destination plans were changed 24 hours from departure. The weather forecast was too unpredictable, with a chance of rain increasing each day. Indian Cave’s long, hilly trails get terribly sloppy when wet. We didn’t want to take the chance. The prairie trails of Rock Creek Station would be much more forgiving. So that is where we went. 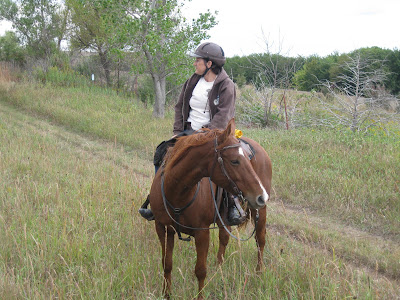 Since Windy had just come off a long CTR weekend, I had planned to bring Ginger along to provide her some relief. When Robyn’s horse, Coda, was still having some soundness issues, I offered Ginger to Robyn. Windy had some swelling in her right ankle, but both mares, although no doubt tired, did well. 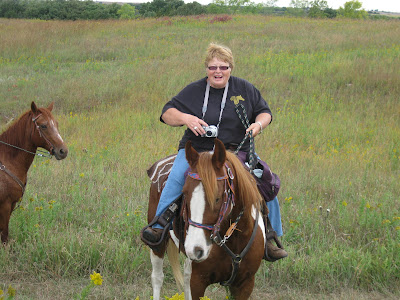 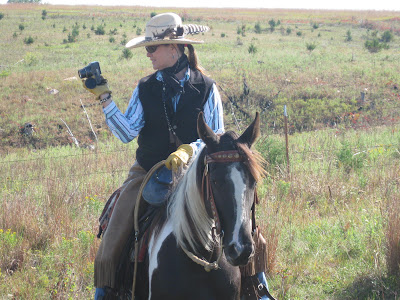 There were twenty-one women at Cowgirl Weekend between the ages of thirty-something and sixty-something. We rode a lot, laughed often and ate too much. We sat around the campfire under light raindrops the first night and beautiful stars the following two nights, sharing stories from that day’s ride, reminiscing of prior Cowgirl Weekends and catching up on the last 12 months of our lives. 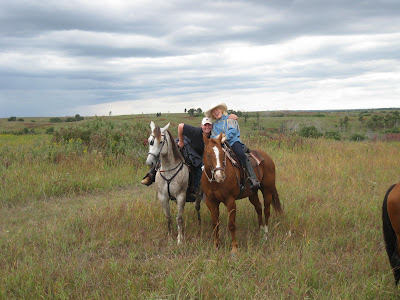 But most of all, we talked about the horse. How they make us feel young again.  And put the wind in our hair.