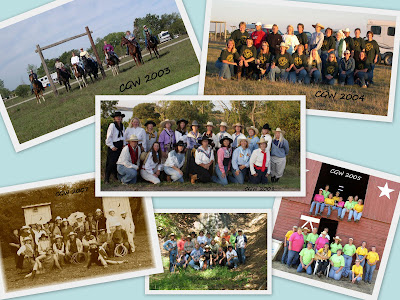 In the dark of the winter months, my friend Kathy cheers me up by sending an invitation to “mark the calendar” and come September, attend her annual Cowgirl Weekend. It always seems so far away at the time. It’s like opening a Christmas present and getting just what you want but not being able to wear it until fall! Well, fall is finally here and I am packed and ready for Cowgirl Weekend 2009!

My first Cowgirl Weekend was in 2003. Blue was my main ride then. I had never pulled the trailer on my own, let alone taken it hours from my home. Prior to the weekend, John showed me how to hook it up. We pulled the trailer to town and I practiced turning corners and stopping. I even got my first lesson in backing! And I did it! I was mobile! There was no turning back! 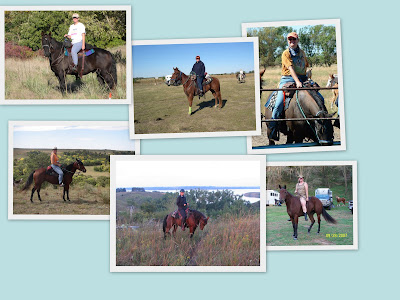 In 2004, I had been riding Jo the appaloosa that season and shortly before Cowgirl Weekend, he had a sore back from a prior trip. Blue wasn’t legged up, so I took Ginger that year. I’d always been a bit leery of riding Ginger and it was probably the best thing I could have done was to spend a weekend riding her and getting over that fear! I can still feel the wind on my face as I ran her down the dirt pasture road.

The following year was Windy’s first summer with me. I was coming off a broken ankle injury and she was just three then and pretty green. I really wanted to take her, but decided on taking both Windy and Blue for the trip. It was good exposure for her but Blue was there for the long days. Windy has been making the trip solo ever since. 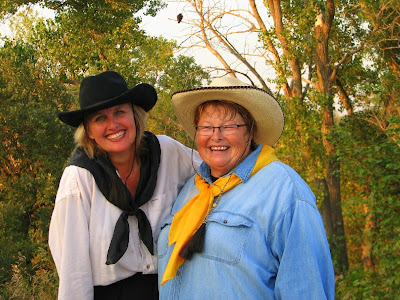 I’ve grown as a horsewoman since that first Cowgirl Weekend and I thank Kathy for giving me the opportunity to take that first step all those years ago.  Tomorrow I leave once again at the crack of dawn with my horse in tow to meet 19 other women for Cowgirl Weekend 2009!
- September 23, 2009