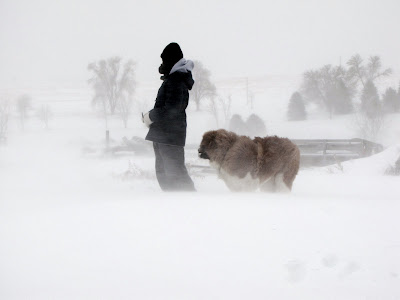 I don't know that I've ever done three posts in one day before, but then I don't remember a blizzard like this since we moved out here in 1992. There was the 1997 October Snowstorm, but it didn't hit us as hard as it did those in the city. I recall a lot of snow as a child, but it seems our winters have gotten milder as the years have passed, or I just remember those big ones of my childhood and in reality, there weren't that many. Who knows. But right now, I am 100% certain that this is A Big One to Remember.

The temperature has been hovering around 20 degrees which is a heatwave compared to the frigid storm a few weeks ago. But the winds have not quit and it cuts quickly through any exposed skin. After we took care of the livestock late this afternoon, the four of us toured our farm - the boys finding the big drifts and diving in. 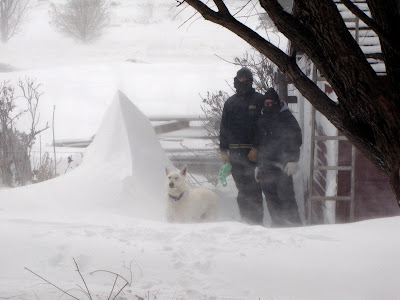 From my kitchen window, I'd been watching this drift form all afternoon. McCain is about 5'10", so it is close to that high. 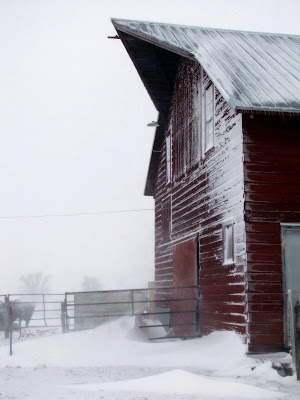 The wind is blowing from the northwest. The barn faces east, so it hasn't drifted quite as much. 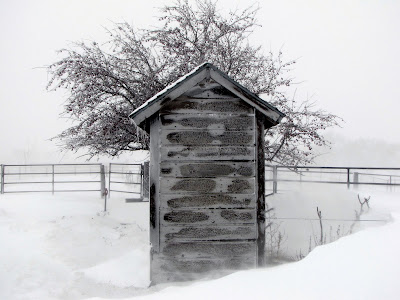 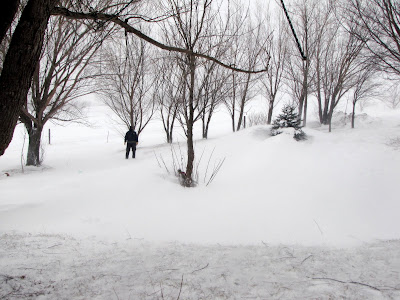 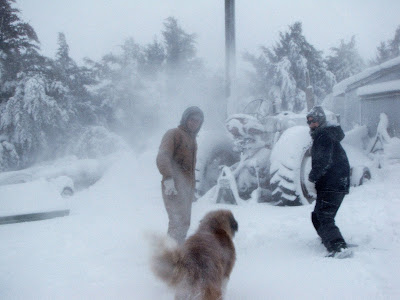 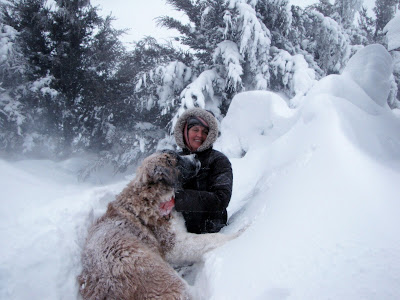 I was trying to stand in this huge snowdrift and Bo thought it was time to play. 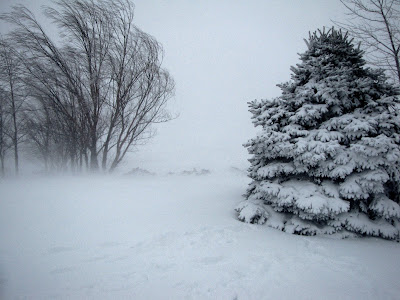 Once again, we won't be going down this driveway anytime soon.