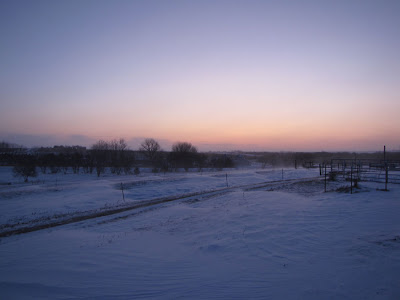 The storm rolled in as expected. (How come the weatherman is never wrong when it comes to the nasty weather, but they can't predict just one sunny day!) I heard the worst of the wind around midnight, banging hard against the house. All of our canines and felines were in the house, but couldn't help but think about those equines and yes, the bovines, too. I hate when animals suffer. But I knew they all had shelter out of the wind and hoped they were smart enough to use it. At the break of dawn, I bundled up and went out to check on the herds. 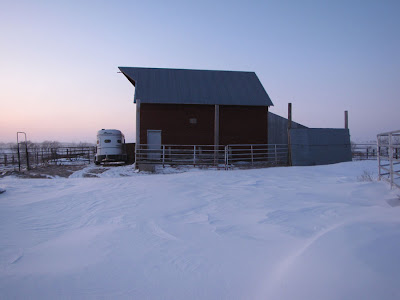 The drifting was spotty. In some places, it had blown off almost completely, where at other times it was over my knees. My usual route to the barn was completely blocked - it would have been waist deep or more. 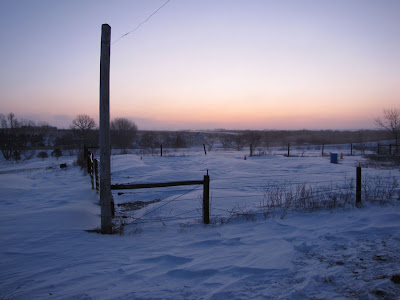 One barrel in my arena was still standing. The cones were almost completely covered in drifts. 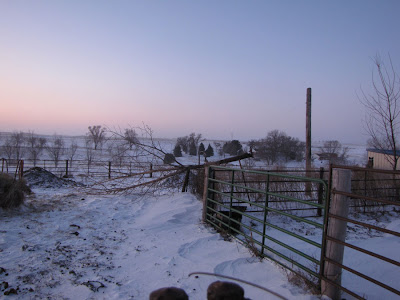 A dead tree by the corral was blown over. You can see Windy back by the portable watching me. I was surprised to find all the horses in the portable shelter. 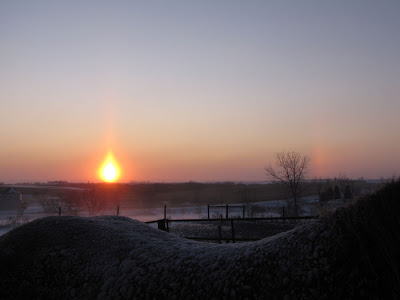 The sun was starting to come up. Look at the sun dog over to the right of the picture. There was one on the other side of the sun, as well. The sky was very pretty this morning. 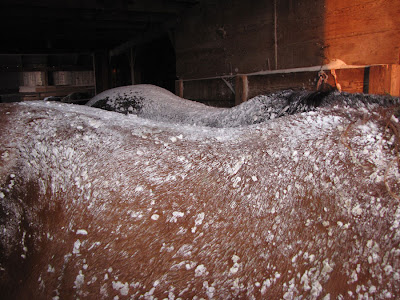 The horses followed me back to the barn for breakfast. Although they were in the portable, all of them were snow and ice covered. None were shivering or appeared to be terribly uncomfortable. 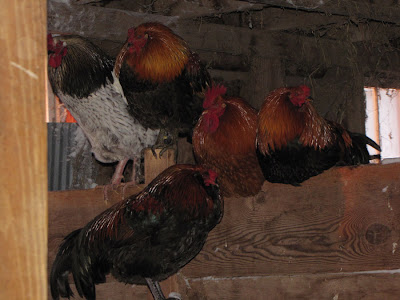 The roosters are unaccustomed to such activity this early in the morning and started their crowing. Not sure if it was just that time or they were voicing their displeasure with their roosting interrupted. 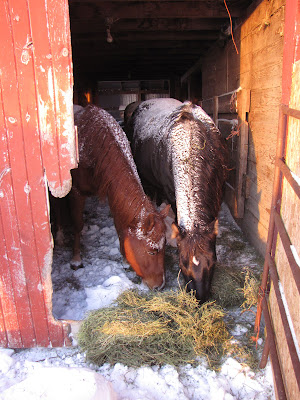 The sun began to shine into the barn making it appear a lot warmer than it really was. The temps at this time were about 3 degree Fahrenheit with a windchill of -19. 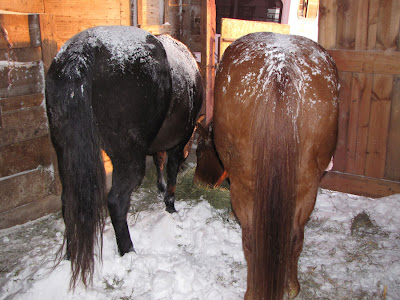 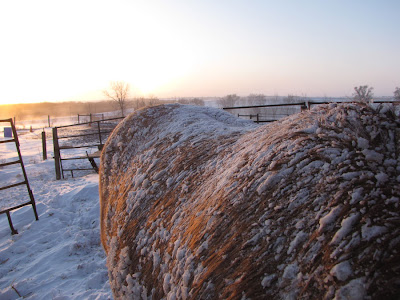 In case you are wondering, I don't typically blanket my horses in the winter. This is our winter climate and they have adequate shelter and a wind break. I would guess most horses that are kept on a farm in our area aren't blanketed - many which don't even have shelter. I see more blankets at boarding stables where the horses don't have pasture, trees and other natural shelter to protect them in inclement weather. I have blankets I use when camping, especially late in the season when the nights are crisp. At camp, the horses can't move around a lot and I feel the blankets give them some added warmth which helps keep their bodies warm after a long day ride. Just my way of pampering them because they worked hard for me. 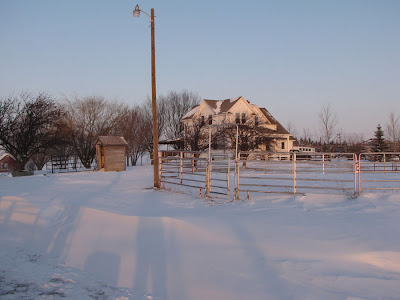 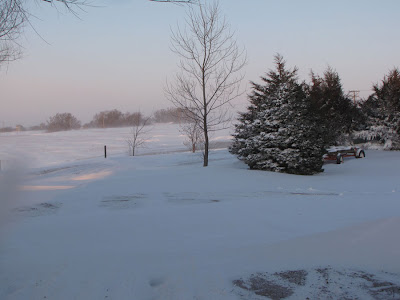 Our driveway was snowed in this morning. John will get the tractor and open it up when the wind dies down some. My office was closed today as well as the school, so none of us have to be anywhere.
The forecast says the snow has ended, but the wind and bitter cold temperatures continue through the day. Winter has officially started. I hope this isn't a sign of how it will be in the months to come.