And the Sun Will Shine Again 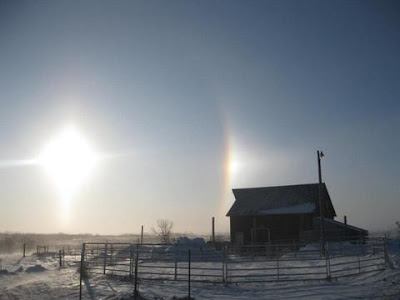 What a relief to feel the temperatures thirty degrees warmer than they were last week. Its not like 27 degrees is exactly warm, but it is all relative after the last week of menacing wind chills. And a two-week vacation plus another 3.5 days of being snowed in with the family is a little TOO much togetherness. Have you ever just woke up mad and not know why? I kind of felt a bit like Jack Nicholson’s character in The Shining. Coming back to work on Monday was a welcome relief. The only casualty of the weekend was a rooster, but I was on the edge.

And more good news: the last few snow days only put me up one pound. Good news why? Well, I was sure consuming more than a dozen Pioneer Woman Molasses Cookies would cost me more than that! If that was the only pound I gained though the holidays, I would be thrilled, but alas, now the ten that I wanted to lose to get me 5 pounds slimmer than where I was pre-holiday has morphed into 10 pounds to get me to where I was when I started. Did you follow that math? Don’t bother. It’s depressing. I walked out of Curves almost 3 months ago and it cost me 10 pounds! I walked back in to Curves this week. Here we go again!

Perusing the blog lists, its fun to see everyone’s 2010 horse goals. I don’t know about you, but I’m tired of talking about it and am ready to go out and start riding! But at this point, the footing is almost too poor to trust my own feet. I catch myself walking like an old woman. When did that happen? One minute it seems I was running and sliding and laughing on the snow covered sidewalks and then BOOM! Twenty-five years fly by and now I have broken hips on my mind.

On Sunday afternoon, I bundled up in my coveralls and cold weather gear. I went to the tack room and took a halter and lead off the hook and headed toward the corral. Windy waited for me as I approached her, dropping her head and slipping softly into the halter. I led her over to and sidled her up next to the outside feeding bunk. Between the bulkiness of my coveralls and my molasses cookie laden thigh, it took me a couple attempts to swing the leg over, but once there, I felt her warmth. I leaned down, tying the lead rope to emulate reins, burying my nose in her mane, my arms around her neck. Then picked up the rope and softly clucked her into motion and had my first ride of 2010. It anchored me. And the anger I felt that morning was no longer there. It felt good to be home.
- January 13, 2010