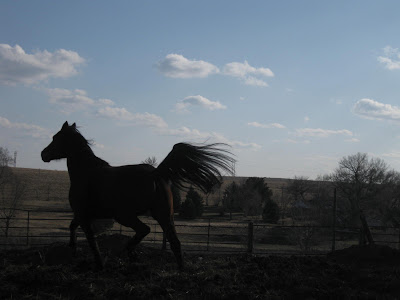 Isn’t she lovely? Isn’t she beautiful? Or were the actual lyrics “wonderful?” Either way, bet that song will be going through your head the for the rest of the day.

As horse people, do you ever tire of watching them? I don’t. 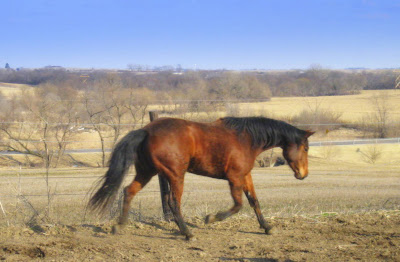 "They just love to watch her strut!" Do you think Bob Segar had a horse in mind when he sang those words? If he ever watched a horse in play, he might have.

Yesterday, I let the herd out in the arena to stretch their legs. I took the camera and set it on "continous" action. When I scanned through the pictures later, songs kept playing my head. 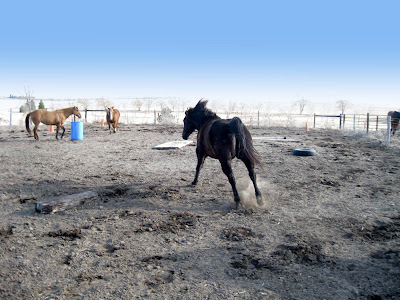 “Every morning at the mine you could see him arrive. He stood 6 foot 6 and weighed 245." Blue wintered well. “When he hauls ass, it takes two loads,” one might say of Blue. Look at the dust fly! 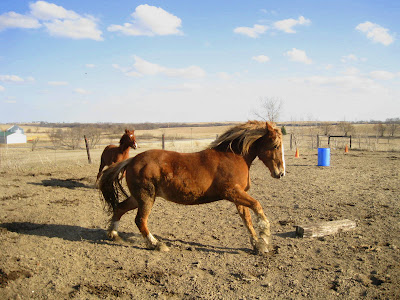 Baby is not my favorite ride, but "she's a smooth operator" when she gets going. 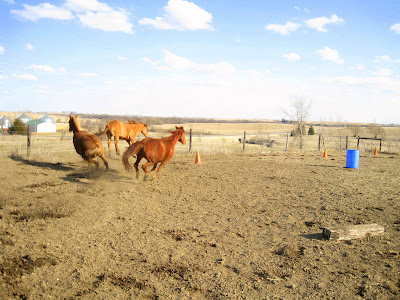 "She's getting ready to fly. Fly away, fly away, fly a-way...." Look at this shot: I laughed when I saw Butter, the horse in the back. It looks like the other horses separated as she is either being rocketed up or was dropped from the sky. If you click on the picture to enlarge it, you will see her right hooves are not touching the ground. 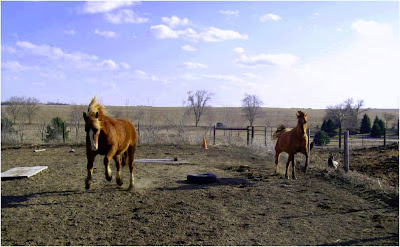 “And the race is on," sings George Jones. Stay out of the way of the big girl! 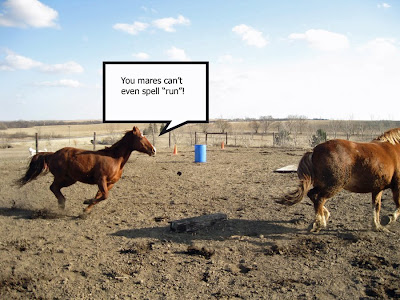 “Tramps like us, baby we were born to run!” (Isn't Bruce Springsteen's daughter an equestrian?) Ginger joins the fun. And no horse runs faster than Ginger. 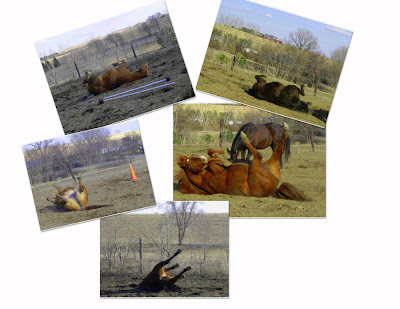 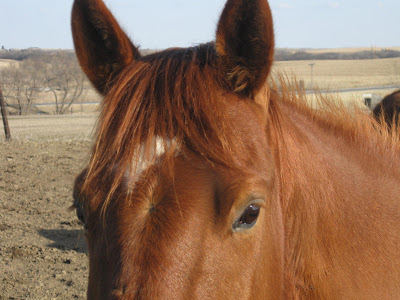 Well I've been gone a long time
I really haven't been any place at all
Now two more days the same old ways
Where it really doesn't matter at all
But you could make the difference
About the way I feel today.
We'll have some fun but I gotta run
If Im gonna live I gotta play
But I don't know, where you've been
And I don't know who you've had in
But I know you've got exactly what I need
(Name THAT song & artist.)

If you are still with me, this post was so random…. I had no idea where it was going and I’m not sure if I ever got there!