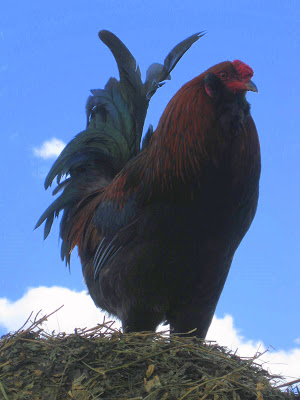 There was a seventy percent chance of rain today. It didn’t rain. How can they be so wrong? If there was a 70% chance of a blizzard, you can bet they would have been spot on!

There is also a 70% chance (maybe 90%) that this post will bore the hell out of you. It’s truly my best effort of making a post “out of nothing at all”. (Name that song.)

The winds made the day miserable. I wasn’t even tempted to ride. I worked until noon and then took my Skidmores out to the barn and cleaned and conditioned some tack. I never mind doing that. It makes my hands super soft and gives me an excuse to hang out in the barn. 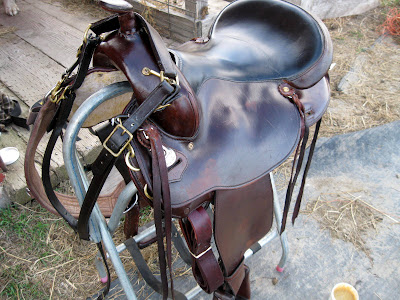 I bought John a new saddle last fall; a new used saddle. It is a Tex Tan flex tree, like mine, but with the rounded skirt. John has been riding in the very first saddle I bought years ago. It is a nice saddle, but very heavy. This Tex Tan probably weighs a good fifteen pounds less. He said he doesn’t need another saddle, but I think his horse will thank me. Case will need a bigger seat this year, so he can use John’s old saddle. I also swapped out the nylon off-billet and latigo for leather. 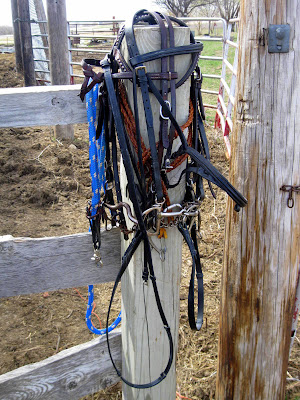 My most used bridle is synthetic. Biothane or betathane? Not sure I know the difference. It looks like leather and feels like rubber. It doesn't need conditioned, just washed with water & mild soap (or throw it in the dishwasher!) I'll save that for for later. I have other leather bridles in the tack room that I conditioned today, including my English bridle and a new pair of rommel type reins I got at an auction. They are split reins, but have a keeper on them. I have the hardest time keeping reins in my hands, so perhaps this will help. 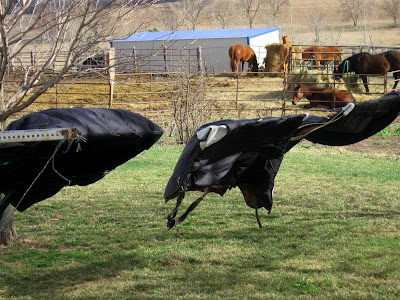 I pulled out the winter blankets and washed them. Figured they would dry quickly on the clothesline. The wind was whipping them so hard, I worried that they would tear, so didn’t leave them up for long. I’ll store them until next winter (shuddering at the thought), but will probably cart them along to Wyoming this summer as the nights will most likely be colder than what we are used to. 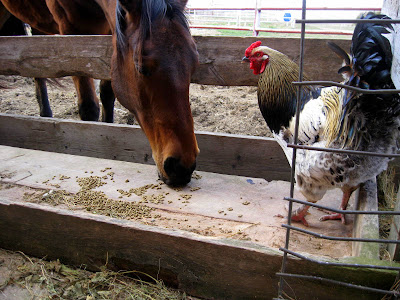 The roosters were close by as I worked by the barn. The horses stayed back behind a windbreak most of the afternoon. When Windy and Butter did venture up to where I was working, I gave them some grain. Windy didn’t seem to mind the rooster eating from her plate. 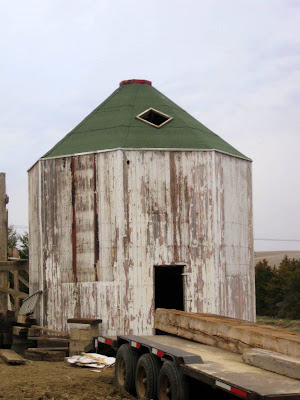 And finally, John brought home this old grain bin yesterday. It was on a job site and the owner wanted it torn or burned down. I’ve accused John of being a “hoarder”, but a friend said perhaps he is just a “collector”. Whatever… Anyway, I kind of like this “find.” It is in wonderful condition. Once the roof it closed in, it will make a great place to store our camping gear and adds a little nostalgia to the place.
- April 02, 2010