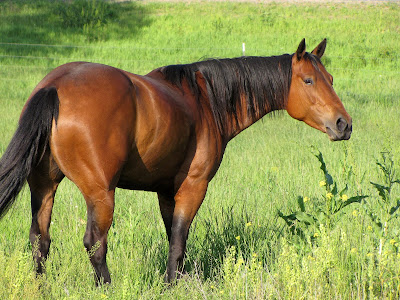 Eight years ago today, it was a very, very windy day; not at all unlike what we have been experiencing lately. As John was making the morning coffee, he glanced out to the corral. “Well, there's a baby!” he said with a smile. On wavering legs next to John's mare Ginger, was a solid bay foal that appeared to be standing vehemently against the gusting of the south wind. The herd mates of the foal’s dam may have been curious when this baby dropped to the ground but were now munching quietly at the round bale as if nothing unusual had taken place. 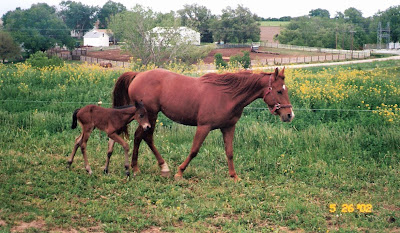 According to our calculations, Ginger wasn’t due to foal for another few weeks. We saw no evidence of waxing or other signs of imminent labor but perhaps didn’t look hard enough since it wasn’t time. Had we known the time was near, she would have been placed in the foaling stall and we would have started our watch. But she surprised us all.

We quickly went out to the barn, haltered the Ginger and the baby followed as we moved them out of the corral. The baby was strong, healthy and very curious; not at all cautious of us like the other foals were that spring. She was bay like her sire, with dark black hooves and not a hair of white on her legs. She had just a whisper of white where a star would be, barely worth mentioning. I named her Windy. 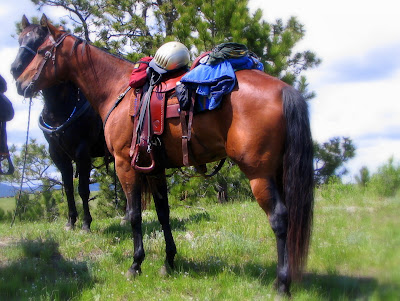 In 2008, I introduced those reading this blog to Windy, My Dream Horse. At that time, we were entering our 4th riding season together. Since then, our partnership has continued to grow. We have ridden in five states in all sorts of weather and terrain. We’ve conditioned for and participated in a couple distance rides. We have even entered a few classes at a horse show and most notably, picked up some mileage awards from our local trail program. But nothing makes me smile more than when meeting a person on the trail and they are quick to mention Windy, having read all about her here. 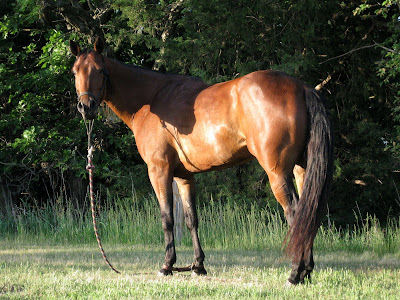 Being that she is the “prettiest bay horse in the world”, someone asked me recently if I will ever have her bred to which I easily reply, “no.” What she is to me is not about her breeding (some of Pitzer's finest, but she’s a grade) or conformation (a long back makes for a rough trot) or how smart she is (she has her moments)! What I have with her is in my heart, not her blood. 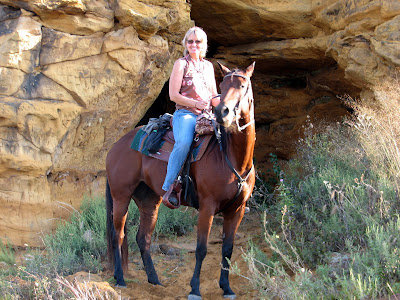 “In my heart
There is no doubt
You’ve given me, unselfishly,
The best days of my life.” 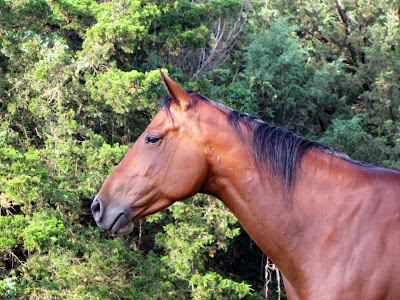