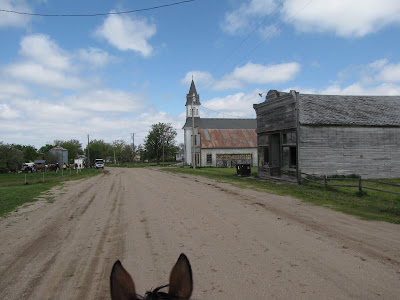 It most definitely won’t go down in history as my favorite Friday Before Mother’s Day Ride. More aptly, the t-shirts probably should have read “I survived” this ride. And it had nothing to do with the ride itself but with Mother Nature and the Big Fat Lying Weatherman, who in this case really didn’t lie. There were showers overnight and we woke up to cloudy skies and gale force winds. Temps started out in the forties and may have hit the low 50's, but it sure didn't feel like it. I knew it was predicted, but for some reason, I had figured spring winds would be warm – not cut-you-like-a-knife-bone-chilling winds with 45 mile an hour punches. 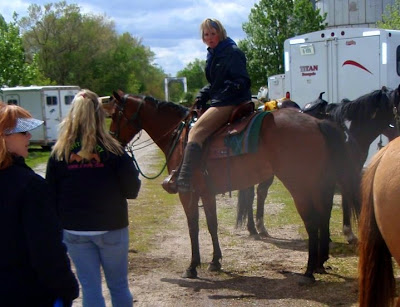 I dressed in many light weight layers, careful not to look like the boy from the Christmas Story: a long & short sleeve tee, poly vest, wind shirt and a windbreaker. Before the ride, I added a hooded sweatshirt to the mix. I rode in my winter fleece breeches, gloves and half chaps. And wished I had packed a thermos of LaRue coffee rather than the unnecessary water bottle. I thought about slipping a blanket on Windy for the haul over. I got a few calls and emails asking if the ride was still on. With a caterer planning meals for 100 people, yes, the ride would still go on. 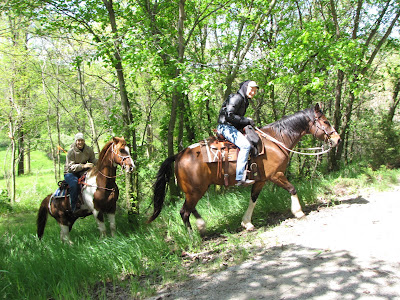 I found my friends at the trail head bundled up like me. But despite the winds, no one’s enthusiasm was dampened. Everyone who braved the weather was looking forward to the ride. Many of those who showed up were friends. Had the ride been sponsored by someone they didn’t know, they probably would have turned off the alarm and stayed in bed. But they came because they said they would and smiled through gritted teeth, no doubt! And I love them for it. And those whom I didn’t know, who still made the ride – thank you very much for coming. I certainly would have been easier to pull those covers over your head. 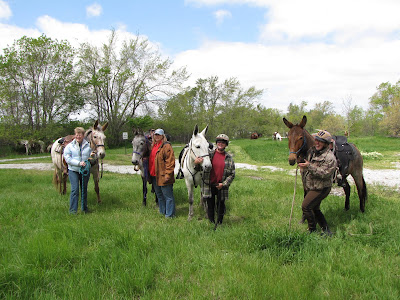 The day wasn’t without challenges. Some tried to make it and got their rigs stuck in the mud. One rider had an unfortunate collision with her horse, bandaged herself up and rode anyway – bless her heart. I’m sure there are other stories I haven’t heard about yet; not funny as they are happening but make for good campfire stories after the thrill is gone. 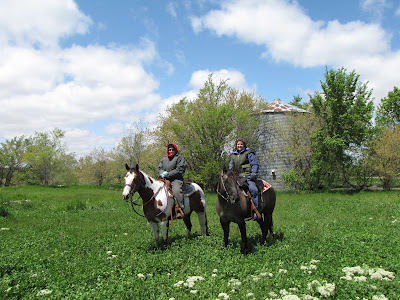 Mother Nature had one more try at us as we neared the end of the ride. (Did I piss her off or what?) A tree along the trail creaked as we rode by. A moment later, I heard the person behind me yell “Run!” We didn’t have to ask our horses, they were already in flight; a weird kind of run where they were galloping off but still looking behind at the dead tree falling down onto the trail where we had just passed. Now THAT was a first! 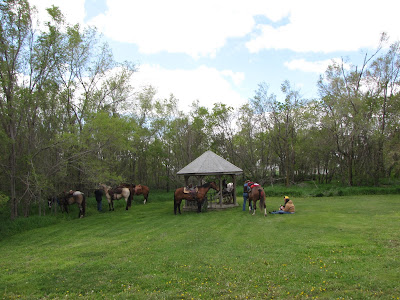 We had seventy-one riders and 6 outriders, a little over half of the number who usually comes to this ride. A true testament to their friendship, love of riding or just plain foolishness! Whatever the reason, I was glad they were there to share this rather nasty, but incredible day with me.

Email ThisBlogThis!Share to TwitterShare to FacebookShare to Pinterest
Labels: FBMDR