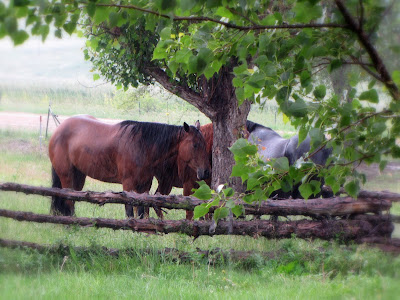 Oh, my! I just glanced at the picture at the start of the proceeding post & thought "what the heck?" The way Windy is standing makes it look like her backbone is protruding! I suspect she has her back left leg cocked, throwing her body off kilter. And the rain on her back gives the perception of depth and the streaks down her side, of ribs. 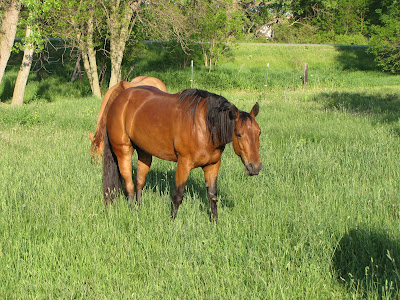 Before anyone calls the ASPCA or sics Fugly on me, she is far from a rescue case! Funny what a picture can depict! 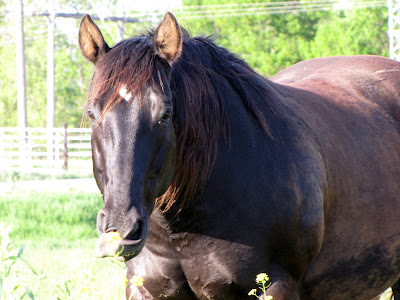 And take a look at this bad boy! No, Blue is not HYPP positive! He doesn't have a trace of that blood in him. Nor is he a stallion or cut late in life. Although he winters well, (and spring and summers well, too), this photo makes him look a lot beefier than he really is. Not denying he isn't a big boy, but this picture makes him look like more of a linebacker, which he isn't. Once Blue starts getting some rides under his belt (eh, cinch), he will become more svelte. But for now he's just a hunka hunka burnin' love.

Although I try to put my best pictures on the blog, sometimes they just don't quite cut the mustard.