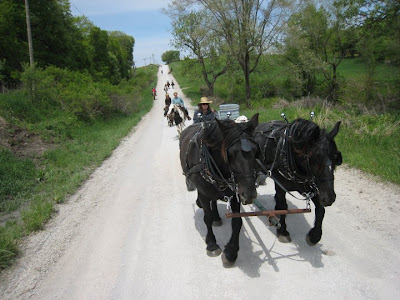 In celebration of their 18th wedding anniversary, our friends, the Musils, hosted a poker ride on horseback. Finally, some sunshine and horse time! The fourteen mile, 5-hour ride was mapped out with various points where we would pick up cards along the way. The best hand wins. But it wasn’t about the poker hand. It was about getting out on your horse with friends and riding down the roads. Literally. We even rode into a couple of towns. One bar opened the gates to their beer gardens and welcomed us in, horses and all!

McCain didn’t go; no big surprise there. He was crashing graduation parties. Case came along for the party, but he didn’t ride either. He stayed back at our friends’ house with their son and some girls. Jeez, he’d rather spend time with girls than riding a horse with his mom and dad. Who’d of thunk? 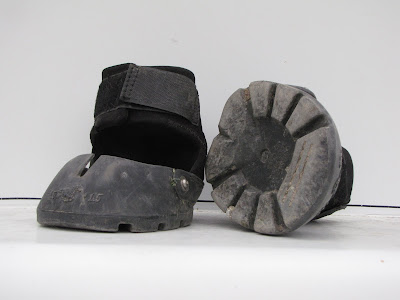 John and I took Ginger and Windy. The roads we were riding are primarily limestone, so I was anxious to try the new EasyBoot Gloves that I bought for Windy. Hmm. That didn’t work out too well. The left one fit very well, but I had a hard time getting the right one on. The trimmer had told me to make sure they popped on good with no gaps and I couldn’t get the gap out of the right one. I tried it as is for a few miles but it kept slipping off to the side, so I finally took them off. Before I ixnay them completely, Windy did have a small flange on that hoof. I wonder if we would have rasped that hoof a little, if that would have taken care of the problem. I'll try that next time. Needless to say, I had contemplated Windy wearing boots vs. shoeing when we go to the mountains this summer. This experience answered THAT question. 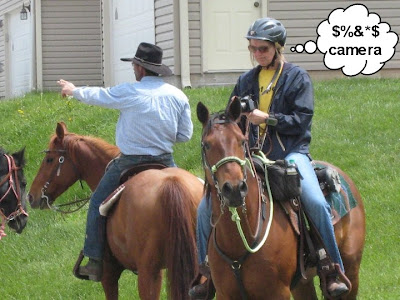 You all know how much I enjoy taking pictures on rides such as this. After taking just a few shots, my camera quit working. My GOOD camera. Dropping some cuss words didn’t seem to help and I finally quit messing with it and put it away. Most of the pictures you see on this blog were taken by others who were on the ride and I swiped them from their Facebook pages. (Thanks Dionne, Jess & Renee). After the ride I got a chance to mess with my camera. Luckily, it was the batteries, not the camera. My brand new, freshly charged batteries failed. Not sure if it is the batteries or the charger, but I’m very glad it wasn’t the camera. 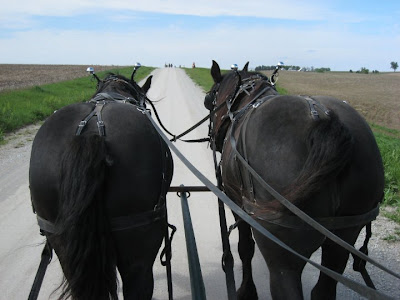 There were about 20 riders and a team of percherons pulling a wagon. Windy is always a bit tentative around wagons at first and does not like them following her. We stayed a safe distance behind for a few miles until she finally walked up next to the team. She watched them intently and then finally put on her big girl panties and moved up in front of them, never giving them any further thought. I have volunteered to work traffic on horseback at an upcoming driving event, so this was good for her to get some exposure to the wagons. She is not a spooky horse, we just don't get the opportunity to be around buggies and such on a regular basis, so we just work it slow and it usually works out just fine. 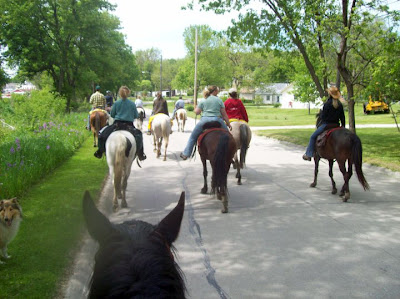 We rode down the paved road into downtown Weeping Water. Kids came out on the street corners to watch the horses as if it were a parade. I guess it was, of sorts. I was glad to see the traffic was respectful. We even rode by the local policeman and he just waved and watched. 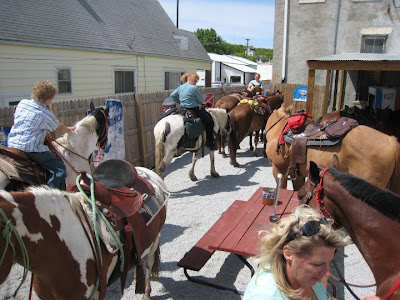 Our next card was at the local bar and we rode up in the alley behind it. The barkeep came out to greet us and opened the back gate and said “Come on in!” We questioned his sanity and he insisted it was fine, so in we rode. We are back under the awning to the right of this picture. 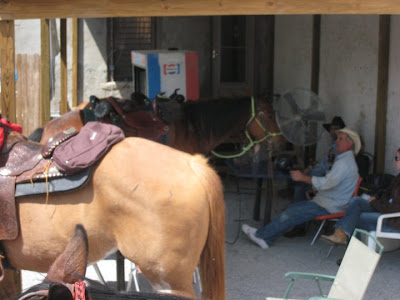 John bought us beers and we sat down at a table with our horses across the table from us. Some bikers were also on a poker run and came out to look at our “horse power.” I am seated behind the man in the straw hat. That is Windy with the lime green halter. 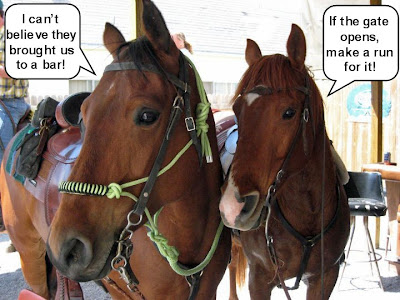 I have to say, this was a first! Our horses are now broke to bars. 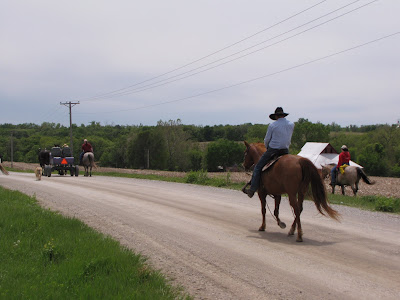 This was the first long ride Ginger has been on since September. Wow. I think that is the longest time that has passed between rides since we got her ten years ago. She kept up her fast pace for the entire ride and raced down the road effortlessly when John gave her the opportunity. After the ride, we tied the horses to the trailer with a hay bag while we ate with our friends. When it came time to load for home, I could tell Ginger was tired and maybe a bit sore. Not foot sore, but sore like we would be after raking the yard after doing nothing physical all winter. Today I checked her back and watched her trot out and she was fine. 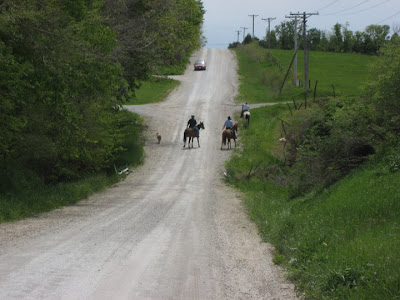 Windy, on the other hand, was wired more like she is when we compete than when we just casually trail ride. She enjoyed being up in front, trotting out next to some of the gaited horses’ running walk. By the end of the ride, John and I and another friend were racing down the road – one of the nice things about not having a camera around my neck, I could have fun, too. I had plenty of horse left after the ride.