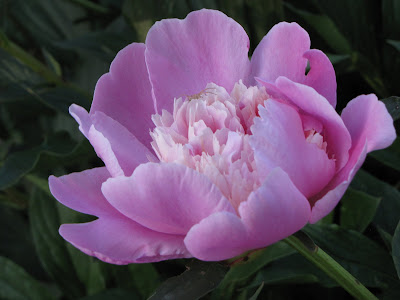 John called as I was driving home and said I may want to turn around and head the other direction. The ominous clouds I’d been watching in the sky were producing golfball-sized hail at home and if I kept going that direction, I’d drive right into it. Cussing once again the decision to have a $1,000 deductible on my Durango, I flipped a U-turn and headed toward the clearer skies via gravel roads. 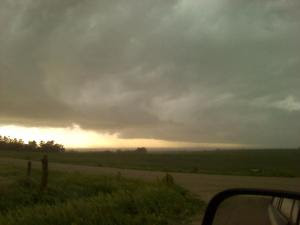 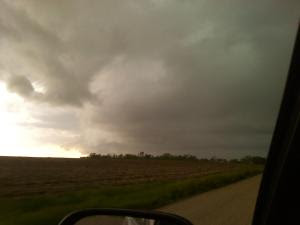 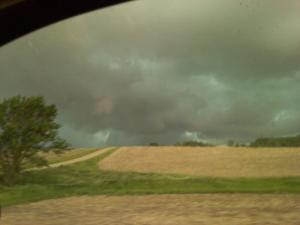 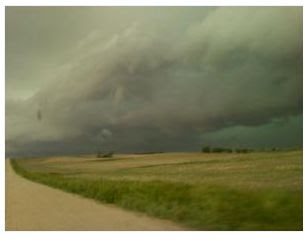 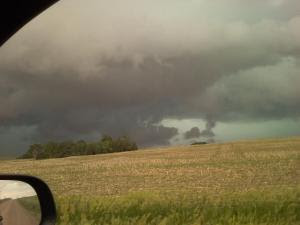 As I watched the sky, the outside temperature dropped from 91 degrees to 67 degrees in less than 5 minutes. I was now heading west and the north wind was pounding against me. I stopped to take these cell phone pictures, but was most anxious to get home. Eventually, the wind blew the storm in my direction and although I didn’t get hit with much hail, the strong rains quickly saturated the gravel roads. I put the Durango in 4WD just to get me to the next town. There, I pulled off and waited it out. Later, the rain gauge at home would measure 1.5". 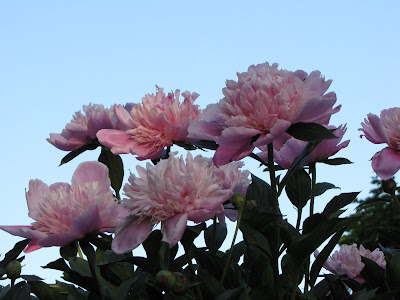 When we moved here seventeen years ago, my mom and her sister - my Aunt Dorothea and Uncle Bud - would bring me starts to some of the plants from their own yard. These peonies were from Dorothea and Bud’s garden. We have transplanted them a few times as they just weren’t taking off like we had hoped. This year, five years after Mom died and even longer since both Dorothea and Bud passed, they finally bloomed brilliantly. Just two days ago I was out taking pictures of the magnificent flowers and cut a few to bring inside. Smelling the fresh scent, I remembered all the peony bushes every yard seemed to have when we were growing up; making for pretty bouquets to take to the cemetery on Memorial Day. 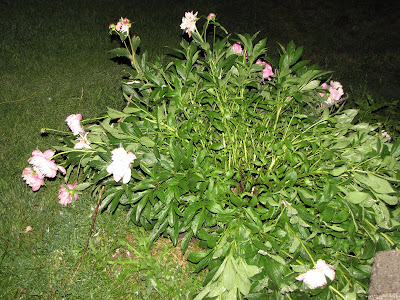 I’m glad I have the pictures, because the hail tonight pelted the blooms right off the plant. 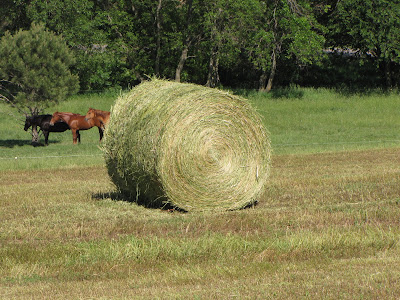 To keep this horse related, the good news is, we got our alfalfa field baled late yesterday afternoon! Whew, that was close!