Putting it in Perspective 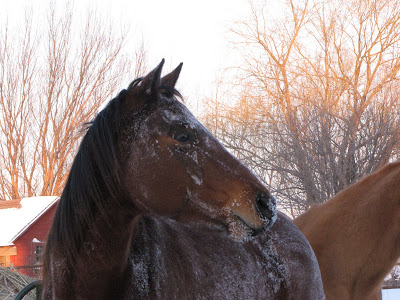 Over the next few days, it is suppose to be close to 100 degrees. That alone is a killer. But combine the humidity with it and words like “unbearable” and “not fit for man or beast” come to mind. The newspapers are all running stories about why it’s so humid. Some blame it on heavy spring rains and others on the increase in cornfields. I don’t really care what brings it on. I just want it to go away.

On days like this, it is time to put it all in perspective. I can easily get that by going through my picture files. 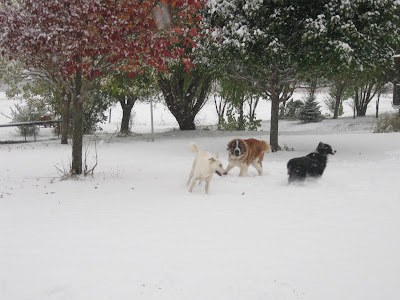 This picture was taken October 10, following our first snowstorm last fall. The trees had just started to change color. For the record, that is way too early for snow in these parts (in my opinion). Usually we expect to see something right around Thanksgiving. We never really got our autumn back after this storm. It was the start of the longest winter that I can remember. 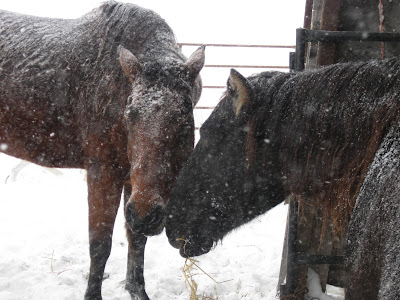 December 8, 2009. Another storm rolled in. This one was cold. Very cold. High winds, thus record windchill temperatures. I have never blanketed my horses in the winter, but all that was going to change. 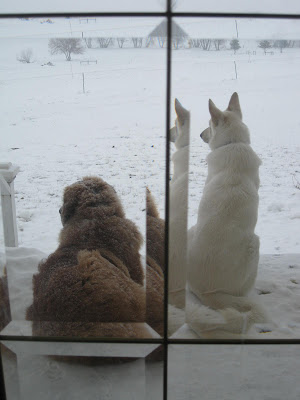 Christmas Eve. Another storm was coming though. We went to early Mass and then to John's sister's house with the family. By about 10:00, we were concerned about our 12 mile drive home. The storm had just started. 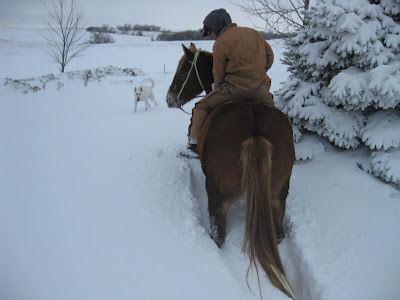 December 26: Our driveway was completely snowed in. We are only 1/4 mile off the highway, so we rode out to our county road to see if it was open. It would be several days before the snowplow would open that quarter mile. 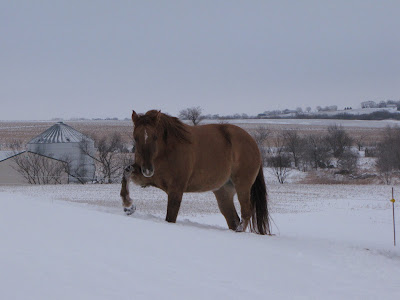 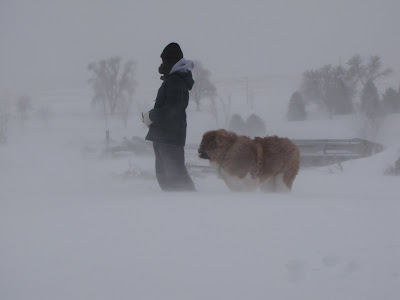 Shortly after the first of the year, another storm blew in and left us snowed in for another few days. It was time to hunker down. It was going to be a long winter. 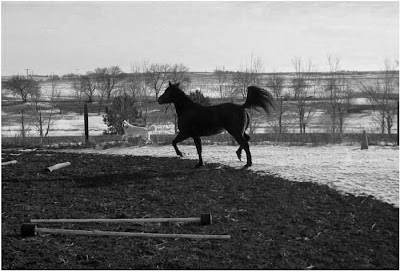 It took several months for the snow from those holiday storms to thaw. And we never got much of a break from the cold temperatures until almost springtime.

After such extreme cold weather, I am disappointed but not surprised that we have seen the extremes this summer. We have had some really mild summers and mild winters the last few years. I guess our time was coming.