Stories from the Trail - Day 1

For the most up-to-date and entertaining report of our Trail Challenge & Scavenger Hunt, I am turning the blog over to one of the co-chairs of the event, my friend Sheila Christiansen. 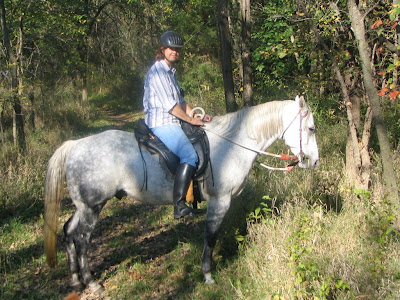 Stories of the Trail - Day 1 by Sheila Christiansen

OK, so Tammy gave you the proper, media-safe rundown on the event. Now let's get down to the REST of the story.

Day 1, Friday, Tammy, Shari, and I made plans to meet at the Branched Oak horse campground early in the afternoon to mark trails. Mary, Kathy and Rich Newberg, Sandy and Mike, Mike Anderson, Tanya, and some other volunteers -- sorry if I am failing to mention you, the days are running together in my memory, --- were also there. Plus several participants had come that day to camp over prior to the event the next day. We told them it was all a big secret so they couldn't ride the trails in advance, which added to the intrigue I'm sure. Ha. 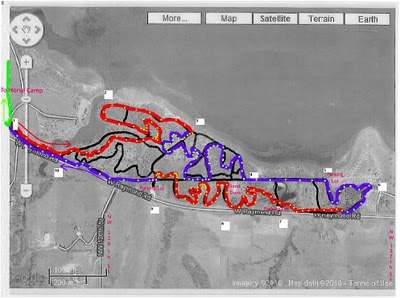 So, we didn't get started onto the trail until 4:00; Shari and Wiley, Tammy and Windy, Kathy and Moon, Rich and Sonny, me and Cooper. And Mary and Sunny also joined up with us a little farther on. Oh, and let's not forget Chainsaw Mike on his ATV, following us and stopping to saw down branches and trees as needed.

I don't believe Coop and I have ever had an ATV following us before, or a chainsaw periodically starting up and limbs dropping out of trees. He acted like it was no big deal, so it wasn't. He did great! The only spook we had was when Windy farted. :/ 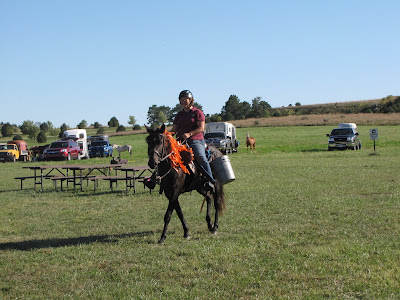 Kathy seemed to be having a great time back there putting ribbons on trees. She said she'd never done that before (nor have I)! Shari and Tammy were directing, as to what color ribbon goes where. Geez, I don't know what we would have done without Shari's CTR experience in doing this trail marking business--- it's a big, confusing job!! I was lost 90% of the time, pretty sure I could have never followed that trail, even WITH the map, so I was sort of glad I didn't have to. Ha. But most people did great with it, from what I'm hearing. I'm trail-map challenged.

We were out on the trail 3.5 hours that night, marking stuff. (Trail Time hours! woohoo!) I had brought Shari's trail bridge from her house in the back of my pickup, plus two big black trash bags filled with hay and wood, two big white seed bags (drag bags) filled with birdseed and aluminum cans, also in the back of my pickup. Plus the rest of the stuff I would need, like a cooler, my electric fence stuff, ropes, cones, and so on. I think the neighbors were really glad when I drove off. I could almost hear them: "Esther, the neighborhood is going to the dogs..."

I still feel like a total amateur when I am around people who have horse camped and done all these horse events; they are all so prepared! Tables, awnings, ways and means to cook 'real' food-- something more than peanut butter crackers and energy bars. So, after the trail marking ride we organized who had brought what, finished making up the participants' handout bags, planned out times and who would do what, etc. I didn't hear of too much we had totally spaced off, so that was a miracle. 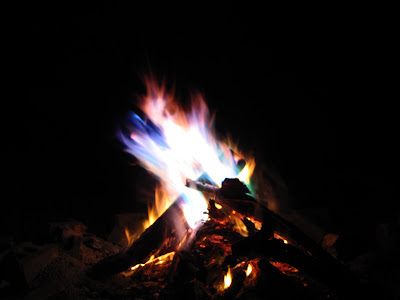 We had a late supper and a campfire, anticipated a fun day. Some of the other campers joined us and everyone sat around and told funny stories, we all got our daily requirement of belly-laughs, much of which came from the x-rated descriptions of the map that Tammy kept coming up with. Geez, I don't know where that girl's mind is! It's bad when your obstacle is described as 'partway up the shaft'.... and that wasn't the worst of it....

It was misty and foggy on Friday, but when I woke up before dawn the next morning the sky was so clear you could see a zillion stars and it promised to be a day to remember!....