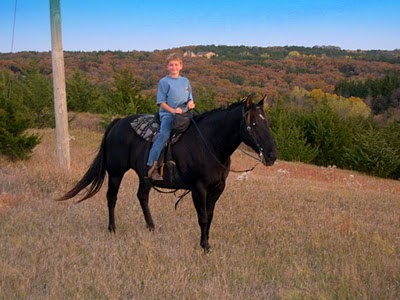 I was warned by those in the know that contrary to my belief that just because I no longer have to carry a diaper bag or employ a daycare provider, the easy years of child rearing are far from over. The terrible twos evidently were nothing compared to the trials and tribulations of the teenaged years. While I usually reserve this blog for my horse related adventures, I am a mom first. Reading Mindee's thoughts on the teenage years over at Our Front Door, gave me the courage to mention my own struggles with parenting teenagers and may explain why some days, I just want to ride.

Yes, its cliché but kids do grow up so fast. As much as we want to see them show some semblance of independence and demonstrate an inkling of common sense, we still cringe when they make mistakes. And it's not just about study habits and grades. It's watching your kid make abrupt changes in his life with a blink of an eye that leave you scratching your head. New friends, secrecy, and a bit of rebellion. Half-truths or lies and a short fuse.

Although none of these changes are life shattering -- heck, I remember similar behaviors when I was his age -- as a parent, they are exhausting. Having grown up with every Movie of the Week depicting some teenager in peril, I am constantly watching for signs of drug abuse, binge drinking, suicide, gang association, teenaged sex, anorexia, drag racing and devil possession. And that's just this week's worry.

Being a child of the 70's, I have a pretty keen eye for drug use and I don't see it. I do his laundry and don't smell smoke on his clothes or in his car. I have never seen my kid drink or smelled booze on his breath. He is going through some changes in his life right now and has made some unwise choices; maybe not been as good a friend as he could have been and I hope he has learned from it. Those of us who survived high school and didn't make any mistakes were either very lucky or are a liar. 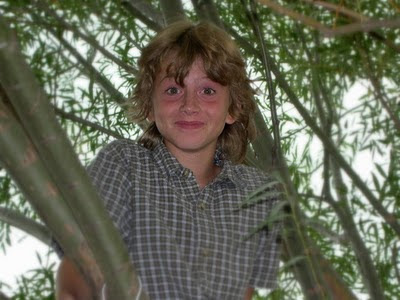 It takes a village to raise a child. I am lucky. "My village" are those family and friends, teachers and staff, and even my boss, who commiserate with me and (as hard as it might be) support (or perhaps accept) the kid's desire to change his hair color, not to mention his lack of allegiance to the state's beloved Huskers. They feel my pain when working to improve his grades. These people work for him, not against him. And obviously have not forgotten what it was like to be a kid.

Then there are those village idiots, disguised as adults, who continue to spew rumors and gossip as if they were still in high school themselves. To what purpose and what end? When they should obviously be setting an example of how to be the grown-up and have an opportunity to demonstrate forgiveness, they continue to throw stones. Long after my son forgets whatever injustice these people believe he did or didn't do, in the end, he will always remember how they made him feel and no doubt, it's hardened his heart. Shame on them. Dealing with outside nuisances and intrusions makes parenting even harder

There. I got that off my chest. 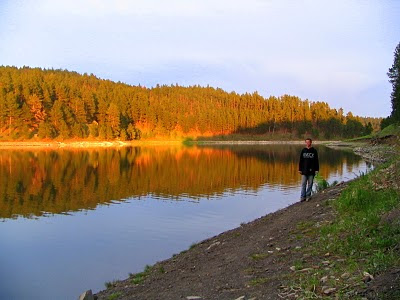 For the record, I think my son is a very smart young man. His grades would be better if he applied himself and even though I want to beat him senseless over Chemestry, he can pull out A's in Algebra and Spanish without effort. I'm not sure who's gene that comes from!

I don't know what I thought parenting would be like. And as the kids got older, I realized how unprepared I really was for the whole parenting thing and sometimes wonder just how I thought I could pull this off? As weird as it sounds, I take comfort in knowing there are parents worse than me out there and their kids turn out okay. So maybe the odds are in my favor. 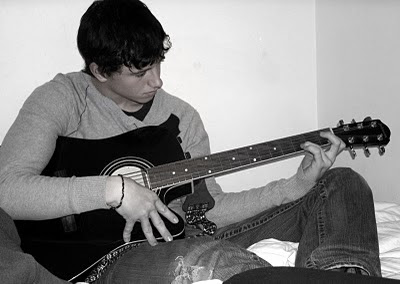 Although it's easy to concentrate on the disappointments in parenting, I have to say for the most part, that I am proud of my boys. They may not be honor students but are a far cry from being juvenile delinquents. They'd rather have fun than work. They'd rather smile and laugh and run with friends and make every excuse in the book not to be home doing chores. They love their Nana, they grieved when their Grandma died, and are kind to animals. Although they have both told me on numerous occasions that I have ruined their life in some way or another, in a weak moment they show me that isn't true. Good or bad, I think they are a lot like me.