If My Horse Were a Dog

I don't remember how this conversation got started, but a friend of mine mentioned if her horse was a dog it would be a particular breed. You know, one of those silly dialogues that only crazy horse people & crazy dog people understand. So when I was out with my horses today, it got me thinking of their canine counterpart… 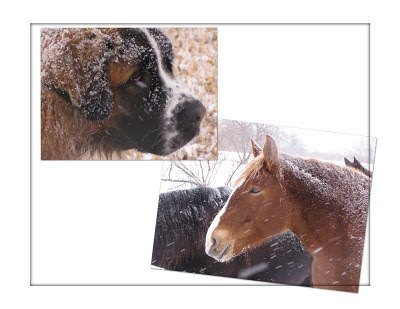 Baby, our draft horse, would obviously match up with one of the giant dog breeds; color-wise, the St. Bernard. She's always hungry and pretty lazy. The only way she differs from our St. Bernard dog, Bo, is that she is more inquisitive than he is. She always has to be in the thick of things where Bo prefers we wake him up if there is any excitement. 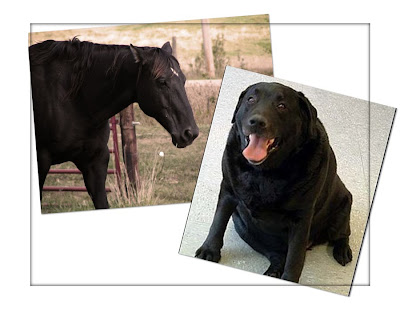 Blue resembles a fat black lab; friendly and rotund. His day of playing catch is over. Oh, he might get excited every now and then but doesn't waste much energy doing so. Like a loyal dog, he worries if his family is out of sight and is most comfortable with all his friends nearby. 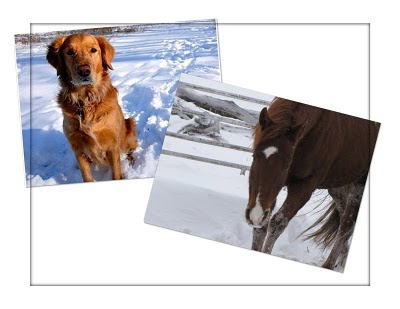 Ginger would be a golden retriever. Loyal and kind but a little bit worried. Unlike the ultimate family dog, she wouldn't play catch nor would she come when you called. Just because. 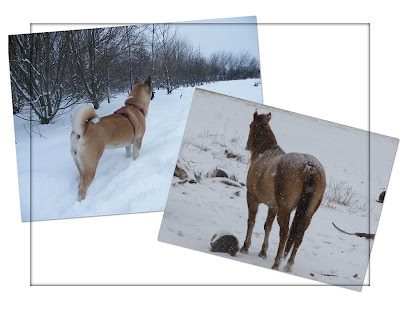 Butter would be an Akita. With that said, I have no experience with the breed. It is just the first dog that popped into my head when thinking of Butter. She's a bit aloof and one in which I would take a guarded approach. She can be a bit snarky at times. 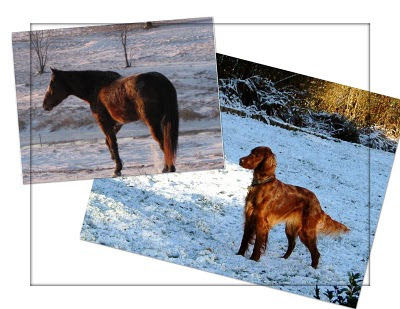 Windy would be an Irish Setter. Tall, lean and graceful, not to mention always having her nose in the air. She can act a bit like at aristocrat but then two strides later, look like she has fallen off her high heels and hope no one was looking.