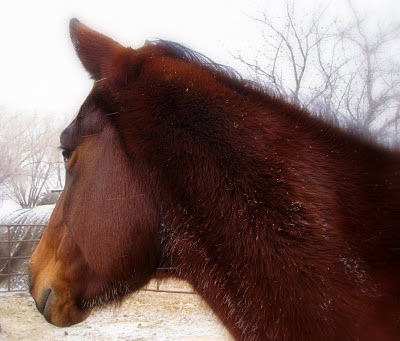 The wind picked up yesterday with close to thirty-six mph gusts, blowing January back in. Gone are our 40 degree days – for a while anyway. It's a cold 16 degrees right now and is lightly snowing. The Big Fat Lying Weatherman is panic mongering about "a lot of snow", but we'll see. They are more often wrong than right. I have enjoyed the milder temperatures and knowing spring is just a little over 2 months away, I think I can handle whatever winter deals out now until the end of it. I hope I won't eat those words. 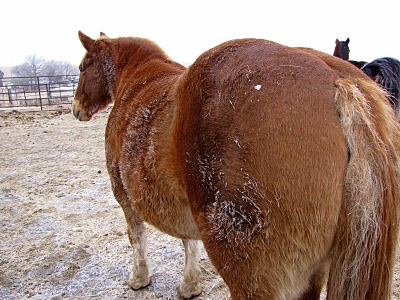 I needed a Band-Aid yesterday and the box was empty. So I drove down to the in-laws to where my living quarter trailer is stored for the winter. When I went into the trailer to fetch that first aid kit, it was like looking around a summer home in the dead of winter. It was cold and dark, but not musty as I'd put out some lavender potpourri when we moved it inside. It made me wish camping season were closer. Perhaps we should pull it out early and go south this spring. 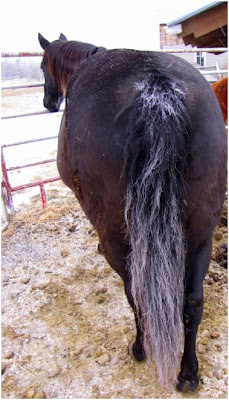 When I went to the barn the other morning, I found the horses' manes and tails were frosted. Ignoring the fact that Blue looks like he is about ready to foal in this picture and the unflattering shot of Baby above, (would someone please comb out that tail!) it was quite fascinating how the frost stuck to their fur and flocked their whiskers and ears.
- January 08, 2011