There’s One in Every Crowd 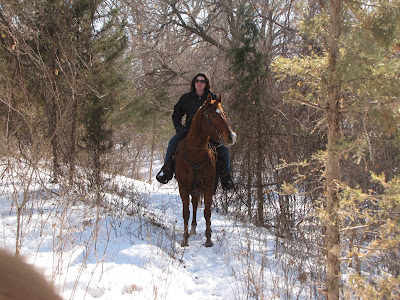 Lori on Ginger
I went out to the barn twice today. The first time to check on how much of the round bale was left. Not much. They were licking the bowl, so to speak. I dropped down a couple bales of alfalfa to keep them happy for a few hours. We'll hand feed them until tomorrow morning when the corral will once again be frozen and not quite so messy moving in another bale. I went out a little later thinking I might take Windy for a short ride. I slipped on ice on the driveway walking around the garage and I almost went down. Decided then I wasn't that committed to riding today. I stopped in the tack room and grabbed a plastic scraper and decided instead, to clean my mare. 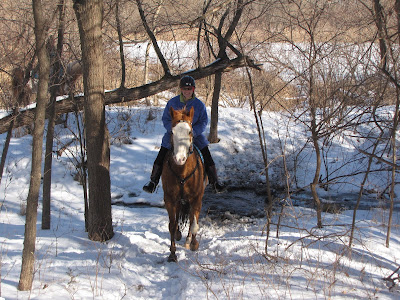 Yesterday, I took two horses to Two Rivers; one for me and one for a guest rider, Lori. Windy was dirtier than I have seen her in a long time and I swear, Blue took a roll in the mud and then tried to wipe himself with hay just to get out of loading up to go anywhere! The two cleanest horses, Ginger and Butter, made the travel team. Ginger usually is clean and pretty good for a guest rider, unless anyone runs. But considering there was still snow on the ground, I figured we probably would be taking it pretty slow. Butter is very buddy sour, but when with Ginger, she is usually okay. I gave Lori the choice of which mare she wanted to ride and she chose Ginger. I saddled the Butter-Nut-Case. 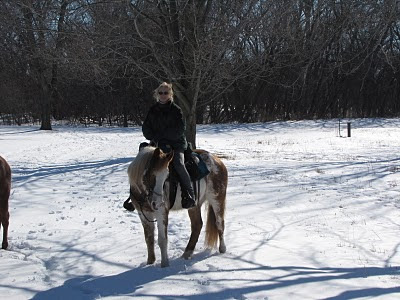 Talk about amateur hour; just what horses wore these saddles prior to this ride? All the horses have their own saddle so rigging is not usually an issue. Since Case's saddle doesn't fit me (nor him, any more), I brought Blue's for Butter, but tossed in a smaller girth. For some reason, I had a heckuva time saddling both mares. None of the rigging was right. I am sure Lori wondered just what she was getting into. 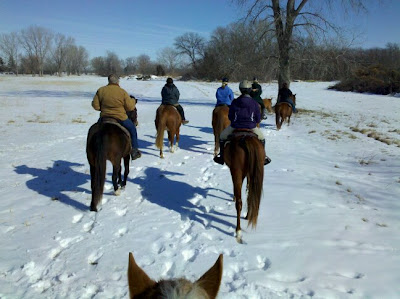 There were seven of us riding yesterday. The wildlife management area is still closed until February 1, so we rode through the park and around the lakes. The snow was still up over the horses’ ankles but the footing was good. Butter had a few moments going out, but nothing too naughty yet. We weaved our way through the woods on the north side of the park, crossed the only water crossing and headed out down a service road until it ended. When we turned to come back, Ginger got a little high headed for Lori and Butter was starting to lose her head a little. I rode out a couple bucks and some other general nonsense she was dishing out. Lori commented that she was grateful she was riding who she was riding. 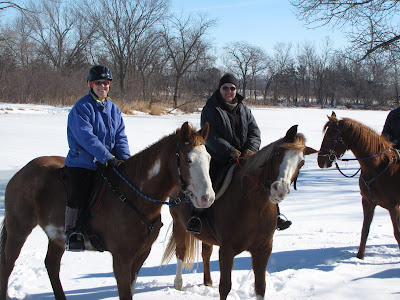 Butter would settle down for a while and then I'd ask her to do something she didn't want to do and she would freeze up or run through the bit or shoulder. She lacks the softness that Windy has and braces against the bit. A trainer who as riding with us, (and there always is when your horse is naughty!) gratefully pushed me through a few "oh, sh*t" moments. But after three hours, I was glad the ride was over. I wasn't up for the fight anymore. There are lots of times I am with other riders and see someone struggling with a horse; sucks to be me, this time. 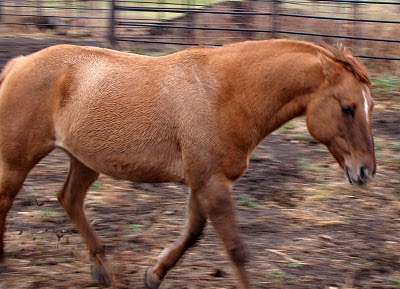 It does make me sad because Butter has been a good little ride for all of us. Primarily ridden by my youngest son, she got away with some bad habits that he couldn't fix when he was little and that he encouraged as he got older. Now lack of use and barn and buddy sourness adds to her unpleasantness. The trainer gave me some suggestions of what we could do to work through these issues; all good advice. Hopefully I'll find the gumption to work on it this spring. She is a good little mare and I hate to see her or whoever is riding her, struggle so much along the way. 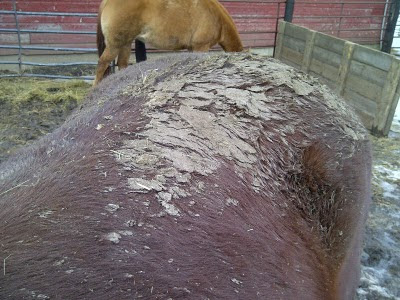 I got Windy cleaned up this afternoon, but didn't throw a leg over her. There will be nicer days ahead.