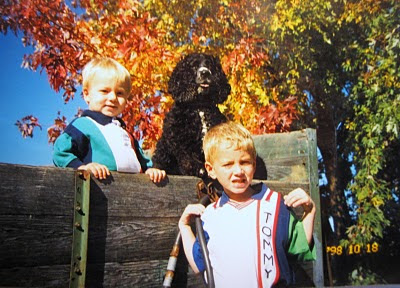 Today's blog was supposed to be about vetting the horses. But when I started writing it, it took a weird turn and before I knew it, I was telling you about my dog, Macy, that I lost in 1998. Although I was truly devastated at the time (and still am), having her illness hit so suddenly, I found myself three paragraphs into the Macy story when I realized I would never get back to what I wanted to talk about today. It's kind of like when I go out to the kitchen to pour a cup of coffee and notice the kid's socks on the floor and pick them up and take to the laundry room and then see the laundry from two days ago is still in the dryer. So I start to fold those and decide I should start another load. So then I start wondering from bedroom to bedroom picking up clothes to complete the load and stop at the computer on the way through to check email and then before I know it, the coffee I poured 40 minutes ago is now cold and long forgotten.

Now if you are still with me after that paragraph, I congratulate you for hanging with me. And the true intent of this post had to do with rabies and horses but somehow, I got sidetracked on the cats. So let's go with it. 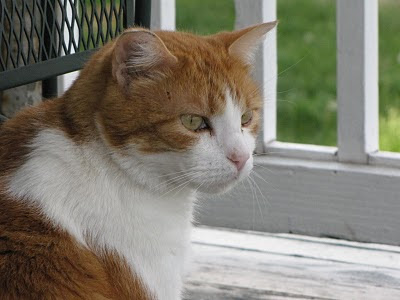 Tom was born in a feed bag the same month and year as Windy. So that makes him 9 this year. A neutered tom cat, he stays outside mostly and will come in the house every few weeks for a little human comfort and warmth and then off he goes again. The longest he was ever gone was probably over a week; long enough that I noticed. He came back skinny and weak. Spent several weeks in the house and then was off again. 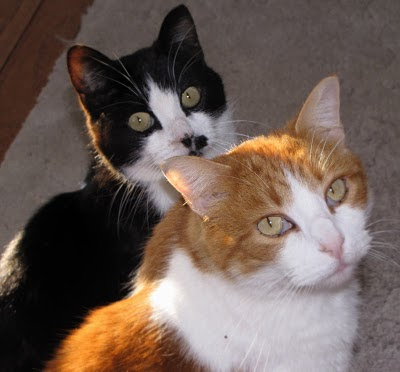 A few years ago, we had this kitty hanging around. He was a black and white tuxedo kitty and very, very pretty. We appropriately named him Pretty Kitty. It took a while for the kids to catch him, even longer for them to tame him. We had him neutered and treated for some bad congestion and he stayed inside any chance he got. 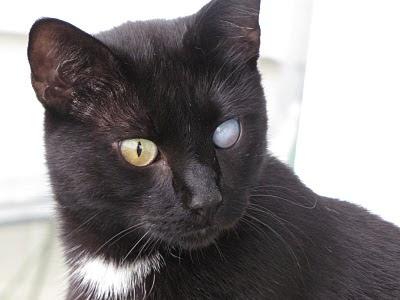 The other cat is Mickey, the one-eyed cat. He came wondering out of the cornstalks and into our family. Another male, another clipping (you'd think those boys would learn!). Mickey lives in the barn most of the time, but comes in on cold days. He is laying behind me on the wing chair as I type.

The there are the dogs: Maddie, Ritz and Bo. I think you are familiar with them – they seem to be more blogworthy than their feline counterparts.

Okay, where was I going with this? Vetting. 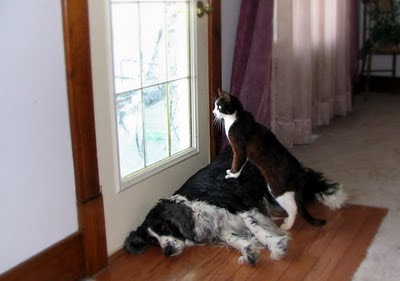 Last week or so, Pretty Kitty was once again going through respiratory problems which had plagued him most of his life. Treatment would work for a little while and then he would get all congested and snotty again. Truth be told, he wasn't very pretty when he was like this. This last bout was worse; he was listless and wouldn't eat. I decided he had suffered enough and called the vet to take him in to be euthanized. I realized at the time, the dogs were in need of vaccines, too. So I put Pretty Kitty in a laundry basket and loaded the dogs in the Durango and made the short trip to the vet. He gave Pretty Kitty a sedative first and then went to the car to take care of the dogs. (We are pretty casual with our vetting here.) And then we went back in and put Pretty Kitty to sleep. Being a lifelong pet lover, it was the first time I ever watched euthanasia.

There was a point to this post - and it was horse related. But I realize now I have missed it and once again, my coffee is cold.