Back to the Real World

Months and months of preparation go into Expo and just like that, in three days, it is over. The first day post expo, we are high-fiving as we reflect on everything that went right. Then the next day or so, we start The List. You know those pesky items that didn't go so well that we can improve upon next year. 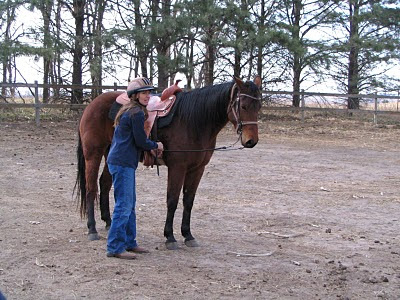 I took Monday off from work to recuperate from the long weekend. The only thing I had planned that day was to drop Windy off at my trainers, Brenda Messick. Some of you may be familiar with her blog Horses are Our Lives. Brenda has put some nice touches on Windy in the past. Then a year or so passes and I start to get a lackadaisical attitude; I'll give an inch and Windy will take a mile. Sometimes it is nice to just have someone else work with your horse and take the cobwebs out from between their ears. Specifically, I want Brenda to work on keeping Windy in a nice lope; she tends to drop out of it on a whim. I also have a hard time keeping her together in a sidepass. Those are just some of the things Brenda will work on and Windy will come home a better horse until I ruin her again. J 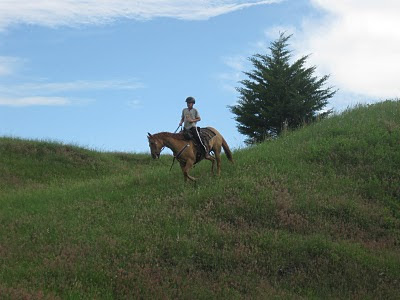 In the meantime, I am working with Butter. Actually, I probably should have sent Butter to Brenda's! Having been ridden primarily by my youngest son since he was 6 or 7 years old & Butter was 4, she has picked up some bad habits; gotten hard mouthed and is terribly buddy sour. What a treat to have these traits all show up in one horse. The lack of softness is what bothered me the most with her. When she gets pissy, I don't have any technique I can go to and bring her around. Pushing her will send her up in the front; if I try circling her and she fights the bit with all the pressure she can muster.

The first evening, I saddled her and put her in a snaffle bit. She was pretty hot, so I let her loose in the arena to buck it out and boy did she! I didn't want to give her that much room with me on her, so we moved to the round pen before I mounted. She was really worried about the herd and I could only take her a few steps away from the rail at a time; going one panel length further with each half-circle. After what seemed like hours, we finally made it around the perimeter of the round pen. I stopped her and started working on flexing her. Raising the rein to tip her nose toward me, releasing the moment she would release. Before long, she softened up to where she would flex almost to my knee. We'd circle again, stop, back and flex (big yawn). Now I know why I pay a trainer to work with MY horse. 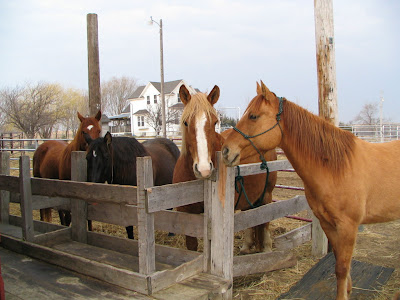 Yesterday, we started in the arena and there wasn't quite as much sassiness as there was that first night. I swore I had worked her a half hour & glanced at my phone and only 11 minutes had passed. We did more of the same, this time trying to get her to move her hindquarters as well, hoping to accomplish some forehand turns. I did have better luck with pivots; it wasn't pretty, but she moved. I quit after 30 minutes. Not quite ready to go in, I saddled Baby (Gasp! Two rides so far this year!) Not that she is any easier of a ride, but I had a need for a little more activity so enjoyed posting her big trot for another 15 minutes. 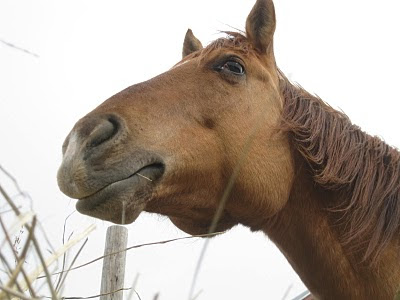 Tonight I had a much better ride on Butter. I bought a different snaffle bit with a little better fit and she rode most of the evening on a loose rein. She only stalled out on me a couple of times and never pulled too many of her earlier shenanigans. I am in no way fixing all that is wrong with her; I don't know that I could. But I am getting some softness to her which will provide me with a much needed tool when she cops an attitude.

In reply to some of the comments from you all with regards to Butter getting cut from Craig Cameron's demo, I have to admit that I wasn't disappointed. Although he put on a great show during the Extreme Cowboy Race, his demos were a bit disappointing. He just didn't seem to be having any fun. He was snarky and appeared unengaged. A friend mentioned that perhaps he needs a break from people for awhile and I would have to agree. If you aren't enjoying what you are doing, what's the point? You also asked if he was successful with the horse that replaced Butter? Well, he got his attention after awhile but it wasn't in a way that the average Joe could work through it. But the horse was standing still and Craig showed this to the audience by standing up on the saddle. And then the horse moved. And Craig Cameron ate dirt at his last Expo performance of the weekend.

The weather here has been in the 60's! Of course there is wind to go with it, but it's better than snow and ice like Gray Horse Matters has been getting. Hopefully the nice weather patter will head her way.