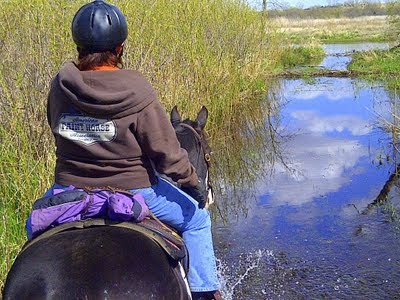 Well, the wind was blowing every way! The forecast originally said "windy" for Saturday. But Friday morning, as I got within 10 miles of my destination - Bader Memorial Park - the radio mentioned "wind advisories" for most of the day. So maybe we would get this wind business over with and have a nice weekend to follow. Well, we had a nice weekend, but the wind never stopped. 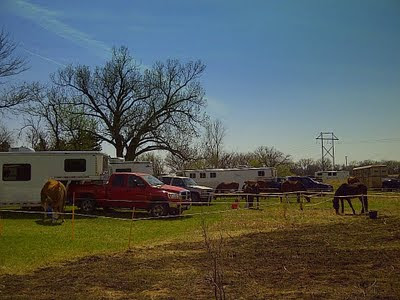 Throughout the weekend, there were sixteen of us (all women) who rode the trails and/or camped at Bader Memorial Park. The "May Day Ride" has become a tradition for the last 4 or 5 years. We used to ride at Joni's Cottonwood Creek Stables but when it was sold last year, we made Bader Park our destination. Located east of Grand Island, right off Hwy. 30, and nestled next to the Platte River, it provides a variety of prairie and river riding. Pat Carlson, the manager of Bader Park couldn't be more welcoming to horse trail riders. We were thrilled to find they put in 8 electrical hook-ups in the horse camp; it was much needed on this chilly weekend. 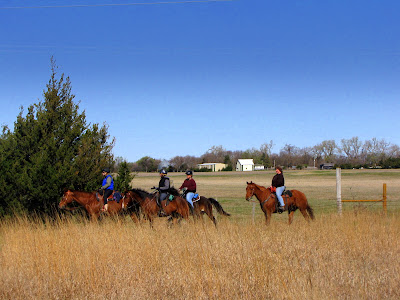 The trails from horse camp take us through the prairie. Just 70 miles west of my place, I am always excited to see jack rabbits in this area where there are none at home. I remember the first time we rode here and saw a jack rabbit: Kathy was so excited, she said, "Look, an antelope!" Huh? (Guess you had to have been there.) We saw a couple jack rabbits this time, lots of deer and I'm pretty sure a snake or two was spotted but I didn't stick around to look. 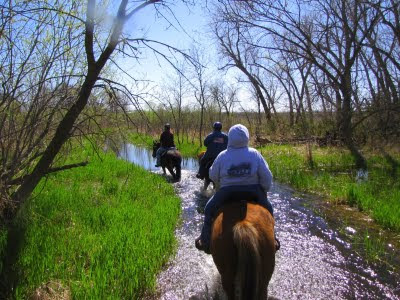 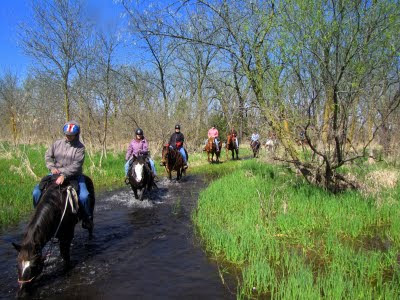 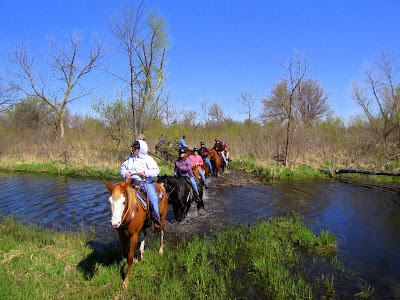 The above pictures and that at the top of this blog (as well as Joni's video clip) was a river trail that is now under water. By summer, the river will be down and that will be a sand trail once again. But it was pretty cool to ride it as it was this weekend. Windy loves water and would take three steps and then start to splash, another three steps and splash. It was cute the first time or two.... 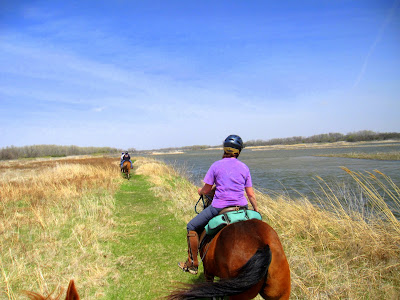 From here, we went out by the river. It was up some and what was truly amazing was there were white caps on the river. The Platte is known as being a mile wide and an inch deep. I don't think I have ever seen white caps on it before. Did I mention the wind? 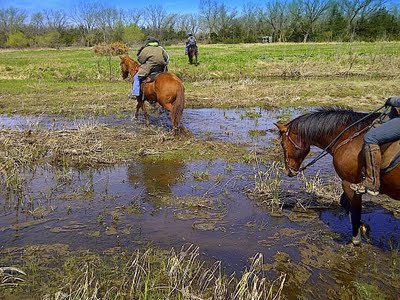 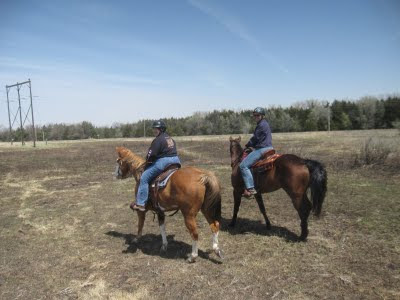 Windy was pretty good most of the weekend. Of course, she didn't want to be the lead horse. I really need help working her through that; but another day, another time. Her embarrassing moment came when crossing the river for the umpteenth time. As she approached, she sunk into some mud, a little deeper than before, but nothing she hasn't encountered before. But for some reason, she refused to cross. She would get right there to it, go light in the front, pivot and retreat. WTH? A couple of geldings whom she knows came back for her, but no go. She was not going in. We finally had to call for Super Gelding, Boomer (above). He's been her camping neighbor before and one of the few horses she loves. As soon as he reached the shore, she rubbed her nose on his hip, joined up and dove in! 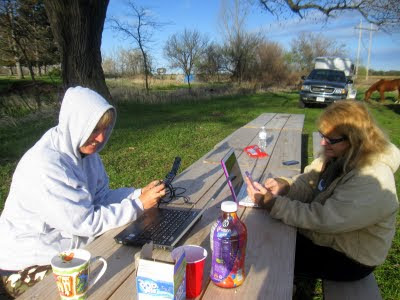 Bader Park not only has electrical hook-ups: they have Wi-Fi! Oh, I can hear some of you saying; "For goodness sakes, you are camping!" Yeah, and your point is? (smiling...) 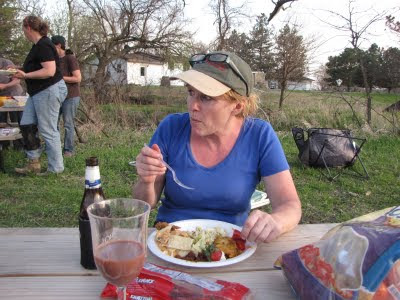 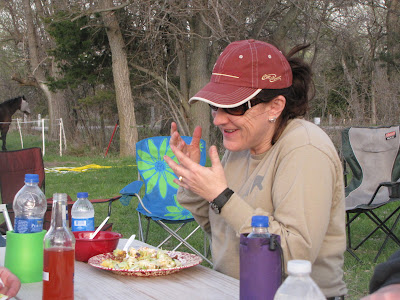 Did I mention the food? Oh, we rode... but we also ate. And ate and ate. It is amazing how much food sixteen women can throw together! Every meal, the picnic table was full. Have any of you tried chocolate wine? Don't laugh! There is a place for it and it is a camping trip! It was a weekend of forgetting Weight Watchers points, that's for sure. I know I will pay dearly at the scale this week and should probably hit the treadmill a little more religiously. The wind drove us inside on Saturday night. We ate in the back of Joni's horse trailer. 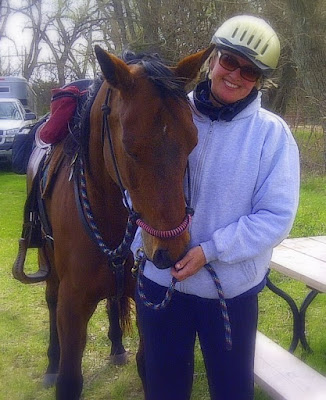 May 1st. The first camping trip is in the books. The Friday Before Mother's Day Ride coming up this week. Three weeks until our first competitive trail ride of the season. Ride season is off to a full swing! And the wind? It never quit. Thanks, girls, for another GREAT weekend.