A Time To Heal 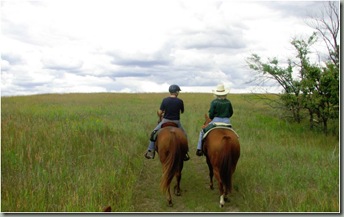 This was the weekend I was packing for my big trip:  Cowgirl Weekend:  The Extended Version.  To celebrate my 50th birthday (last March), rather than a four-day weekend, some of us were leaving early and making it a week long trip.  And to give Windy a little break, I planned to bring both her and Ginger.  What a difference a day makes.

My travel plans aren’t changing; I’m still leaving on Monday.  But the journey will be a bit different now.  It will now be just Windy and me.

I went out to the trailer and readied it now for one horse instead of two.  Although both horses could wear the same saddle, I won’t be needing Ginger’s saddle pad.  Or her bridle.  I touched her fly mask and remembered the last time she had worn it.  I’ll keep it in the trailer; Windy can wear it.  There are things that will be put away for keepsakes and other things that will be used in remembrance of her. 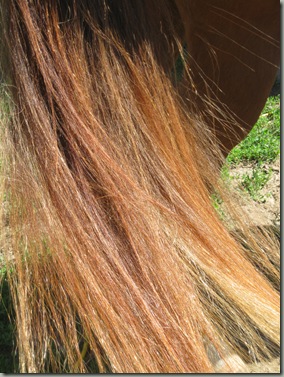 While she was being treated for colic, I’d combed out her beautiful red tail with Show Sheen.  It glistened.  I told the female vet that I would like my hair colored to match the colors in her tail.  She agreed it was quite pretty.  What else would she say?  When we knew we had to let her go, I asked the vet to clip her tail for me but not until she died.  I didn’t want her to die without her tail. I put it away for now.  Someday I’ll hold it in the sun again. 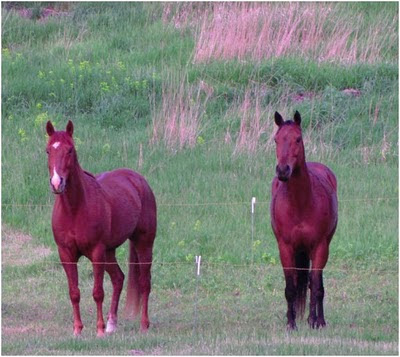 I had hoped to post to my blog the stories of the trail on this upcoming trip.  But the road I am taking is no longer a celebration.  It’s a time for healing.  To be with my good horse and Ginger’s only baby, Windy.  And surround myself with friends who knew my good mare and understand this will be the toughest ride I have been on for a long time.
.
- September 17, 2011