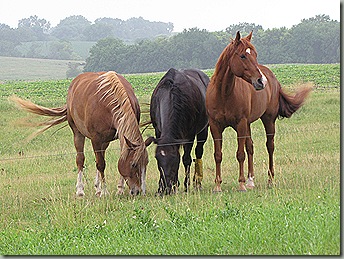 Looking back on the memory of
The dance we shared beneath the stars above
For a moment all the world was right
How could I have known you'd ever say goodbye
And now I'm glad I didn't know
The way it all would end the way it all would go
Our lives are better left to chance I could have missed the pain
But I'd of had to miss the dance.

Did I tell you about the last ride I had on Ginger?  It was a week before she died (gosh, its still so hard to say that.)  I went to ride with the Platte River Riders on the Oak Creek Trail near my home.  I always consider that trail “my trail” because our Trails Committee made it; cleared all 14 miles of it for horse trail riders.  Anyway, I was on my trail and I could (and have) rode that trail in the dark; I know it so well.

I had a terrible headache that night and almost didn’t go.  But it was so close to home and I knew once I was out, I would feel better.  After we crossed the first bridge, Ginger put on her walking shoes and we were moving.  Before long, I could no longer hear the other riders behind me, nor did I care.  I was in my own little world. 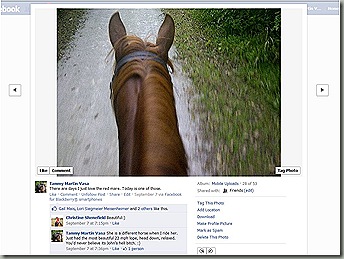 That evening as I was riding Ginger, I posted on Facebook, “There are days I just love the red mare. Today is one of those.” And the moments later after a quick sprint across an open area, I said, “She is a different horse when I ride her. Just had the most beautiful 22 mph lope, head down, relaxed. You'd never believe its John's hell bitch. :).”

When I was about five miles out, I realized I didn’t have much daylight left and needed to get back.  When I reached that open area, the moon was starting to rise.  It was dark.  I have never known a more sure-footed horse; I kissed her into a run.  Have you ever ran a horse in the dark?  It was exhilarating!  I’ll never forget that ride.  And like the song says, “I’m glad I didn’t know, the way it all would end…. I could have missed the pain but I’d have had to miss the dance.”  This was our last dance and it is a wonderful memory.

I haven’t wrote her official obituary yet.  I will; I owe her that.  One day I will sit down at the computer and it will come easily.  But not yet. 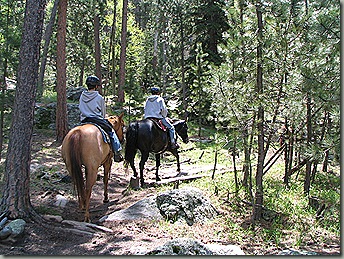 Blue and Butter used to be part of The A Team.  When we were all riding, they were who the kids would ride.  In shape (well, kind of) and ready to go. 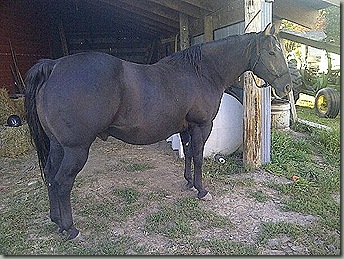 As the kids rode less and less, they kind of slipped to The B Team.  When I pulled them out last week to start putting some time on either/or, I realized just how grossly out of shape Blue really is and in addition, may need to be adjusted.  Riding him was like going over a washboard! And Butter-butt?  Well, at first she just had a bad attitude which she has carried around for the last year or so, but when riding her, I also felt something a bit off.  I lunged her and couldn’t see anything.  Then when John rode her the next day, he noticed her off right away.  A vet visit later, she is being treated for an abscess.  So both of The B Team have been demoted to The C Team. 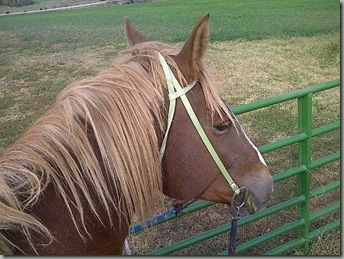 Just for the fun of it, I got out who I refer to as The DD Team:  Baby.  Ah, yeah.  I don’t see her moving up in the ranks any time soon.

We went horse shopping this weekend.  We never found anything but didn’t really expect to yet.  It’s just the first step.  Although its fun to shop, I hate the reason why.