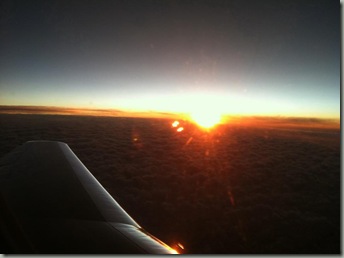 Supposedly we had our first snow today, but I was jetting at 40,000 feet to Texas and by the time I returned, it had melted.  So does it count if I was sitting in 80 degree weather while my fellow Nebraskans were texting me pictures of the nasty stuff?  Believe me, I don’t mind missing it At. All. 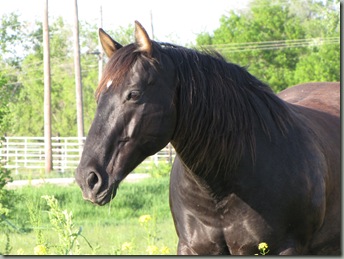 Horsekeeping continues to be a challenge.  Butter was not happy having to be the corral-mate of the new girl.  Fancy's bite marks were just beginning to heal when we returned from Kanopolis and we hated to put her through that again.  We decided to try putting Blue, our only gelding, in with her. 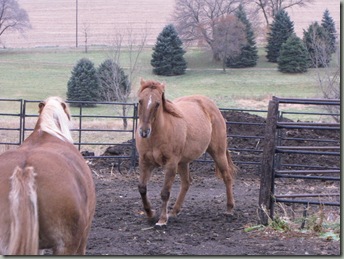 Blue and Ginger were the herd bosses and none of the others would cross them.  Both were passive leaders; they led the herd through looks, not bites or kicks, and they were respected.  Today, however, I realize Blue fed off Ginger’s courage because without her, he hasn’t really stepped up to the plate.  He has not really left Baby’s side since Ginger passed and Baby is an aggressive horse.  We don’t need her moving into the lead position so perhaps without Blue at her side, she’ll step back to her lessor role.

The first night bunking with Blue, Fancy had some fresh bites but I’m not sure if they were from Blue or perhaps Baby reaching over the fence.  Those first 24 hours, from the looks of the poop trail, Blue and Baby stood next to each other, with the fence between them.  If Fancy came nearby, she would be within range of Baby reaching her. I opened the pasture gate so Baby, Windy and Butter could leave the corral.  I figured Windy and Butter would, but I was surprised to find that on Day 2, Baby joined them in the pasture.  Since then, Fancy has had no more bites and on occasion, I have caught her and Blue eating from the same flake of hay.

Perhaps it will all work out.  The sooner, the better.