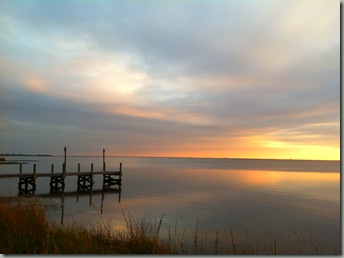 If you have to travel for work in December, it’s not so bad if you are heading somewhere warm.  Especially after having our first snow last weekend. 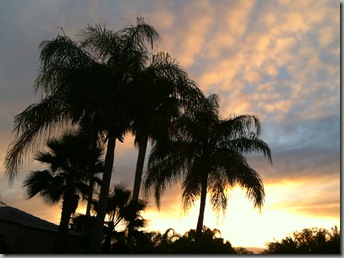 When I parked in the Lincoln Airport parking garage early Wednesday morning, I left my winter coat on the front seat of the Durango and quickly scurried into the elevator and across the skywalk into the terminal, chilled to the bone.  But when we landed in Tampa at midday, the coat was long forgotten.  It was a balmy day in Florida.  We had our sunglasses on and if we had a convertible, the top would have been down.  Meetings took up most of that first day, followed by a nice dinner. 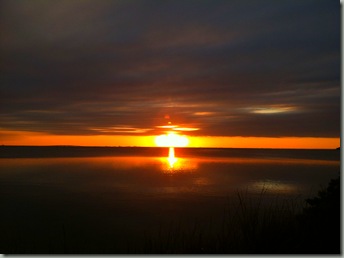 The next day, we did a sunset check mid-afternoon and agreed to get through our agenda in time to see the sun set over the bay. 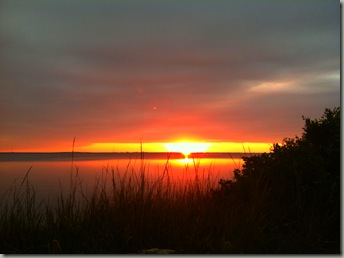 We sat on Adirondack chairs on the beach around a fire ring.  I even slipped my shoes and socks off to feel the fine sand on my feet.  When I called home to check on the kids, they reported that the snow was falling.  Sucks to be them. 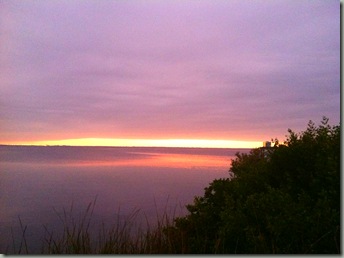 The sunset did not disappoint us.  Once it was close to the water’s edge, it quickly disappeared.  Some older women sitting on the deck above us applauded at its farewell.  That kind of gave me goosebumps. 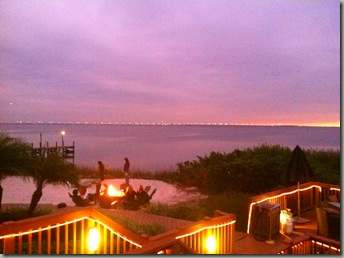 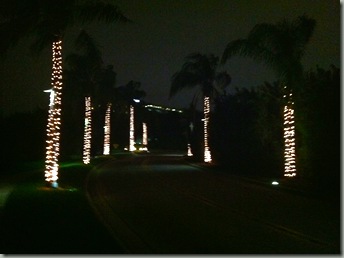 We walked back to the hotel through the Christmas lit palm trees and regrettably hit the sack early.  Our flight would be leaving at o’dark hundred. 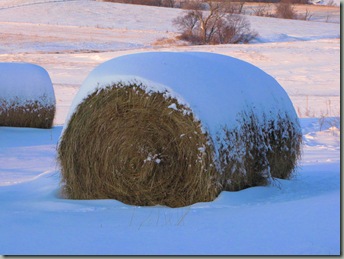 Mother Nature had dropped a few more inches of snow on Nebraska while we were gone.  From the plane window, I slipped on my sunglasses and took in the different but, yes, beautiful landscape below us.  The roads were clear on the way home; the sun was shining. 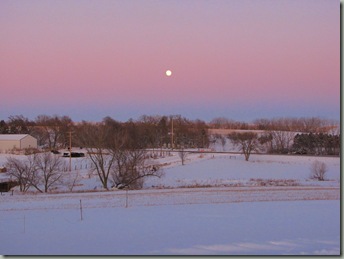 Tonight after checking the horses, the chickens and the cats, my team of dogs settled into my office with me as I checked email and caught up on Facebook.  I glanced out the window and saw the nearly full moon rising.  I stepped out on the porch in my slippers and quickly snapped the picture. 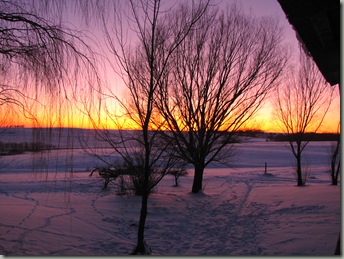 When I came back in the house and looking through the dark kitchen, I could see the sun setting on the other side of the house.  I went out on the deck and snapped that picture seconds later.

Same time, a half a country apart.  Cold, snowy.  But its good to be home.