A long time ago, I loaded the Instagrams app on my iPhone; something I read about on The Pioneer Woman.  But I haven’t had much of an opportunity to mess with it.  Then the other day, I came across a picture of Windy that was so crisp and clear, that I decided to play around with it a bit on Photoshop. 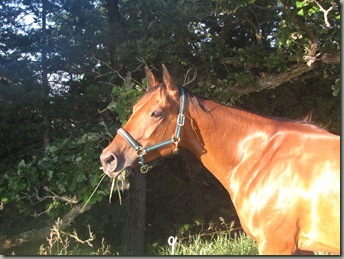 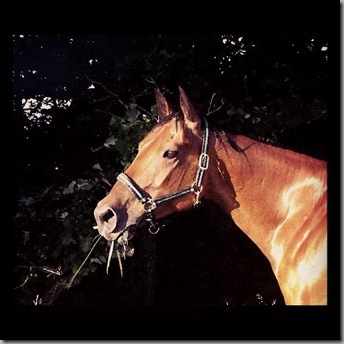 The top picture of Windy is straight out of the camera.  While not a bad picture really, I decided to liven it up a bit.  I won’t pretend to be able to tell you step by step what I did to this picture but it seemed to work.  I then sent it over to my iPhone via Dropbox (another must have app which I do use all the time) and uploaded it to Instagram.  The above picture was the end result. 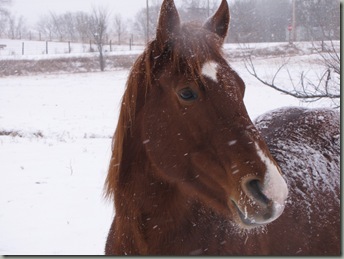 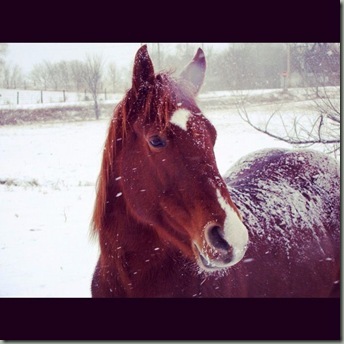 I did the same with this picture of Ginger taken last winter.  I didn’t do anything with it in Photoshop but did choose an Instragram setting.  Its funny, but it almost looks like she has moved slightly.

Both photos offer a bit more drama than the straight out of the camera picture.  It’s a fun little program to play with and another time killer.