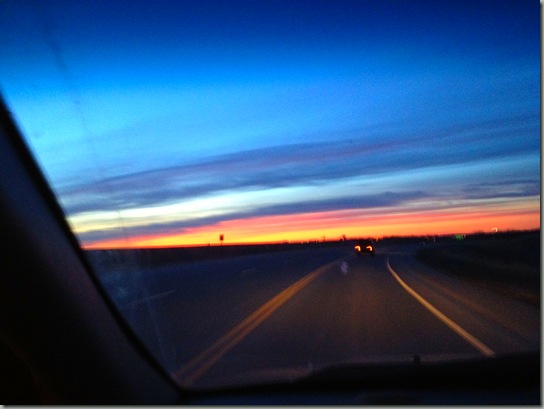 If I wasn’t so busy at work, I would have taken the day off.  As it was, I planned to leave early but duty called and I couldn’t get out the door until normal time.  It was 72 degrees according to the dash of the Durango.  I am told that is the warmest its been this time of year since the 1930’s.  Someone at work wondered if we should be concerned with this unseasonable change.  A person much smarter than me said the earth has been around for millions of years; who really knows if it is that unusual.  So with that comment in mind, I’ll keep enjoying this weather and hope that February gifts us, too. 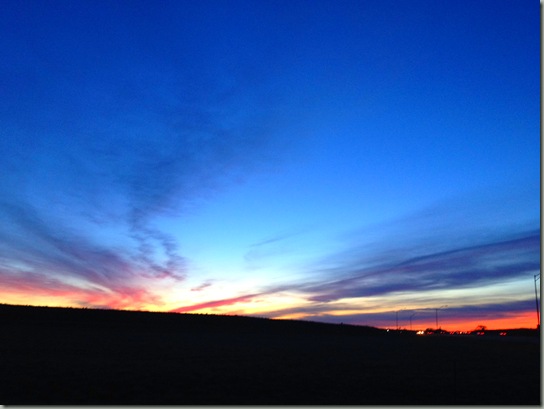 Along with the nice days, the sunrises and sunsets have been remarkable.  The above pictures were taken driving in to work this morning.   I just can’t get enough!  John and I rode just a little over five miles after work tonight; once again, racing the sunset.  It is our 19th wedding anniversary.  I’d have never believed 19 years ago we would be riding horses today or any day.  You never know what the future holds now, do you?