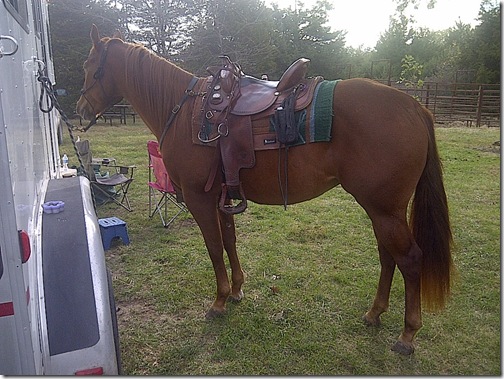 I keep looking and Fancy and thinking she just doesn’t look as good as she did when we got her last October (picture above).  Granted, she wasn’t much more than a pasture pet for almost a year prior to when we brought her home and I would expect some weight loss just from an increased workload, change of environment, hay, etc.  But because she is now working, I would also like to see her starting to tone up. 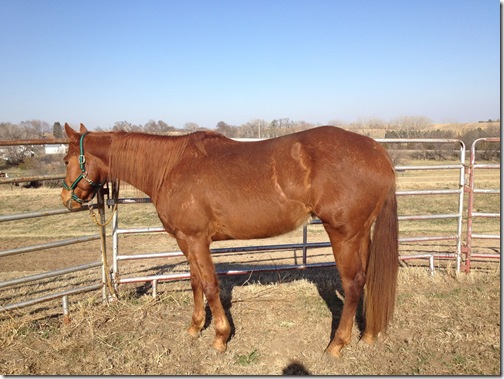 We keep our horses on round grass bales 24/7 right now.  We also supplement with alfalfa.  But I don’t typically grain the herd; usually only Windy when I would start preparing her for the ride season and sometimes Ginger when we would start conditioning her for big trips.  We have never had a problem with our horses maintaining weight (as you have seen with Blue and Butter) and our riding horses have always looked good. 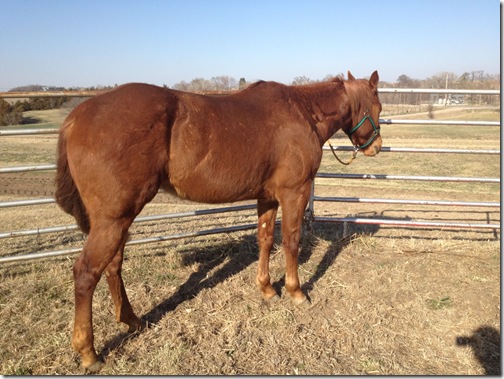 But Fancy’s coat is dull.  It doesn’t feel good to the touch where the others have soft hair.  They are all starting to lose their winter fur and you can feel the new growth coming in.  I told a friend that Fancy’s coat felt like hair after chemo.  Course, brittle and falling out.  She has lost some weight in her stomach.  I also think through her neck.  I would also like to see her hips taking better form and they almost seem hollow.  I don’t know…. maybe I am just being too critical. 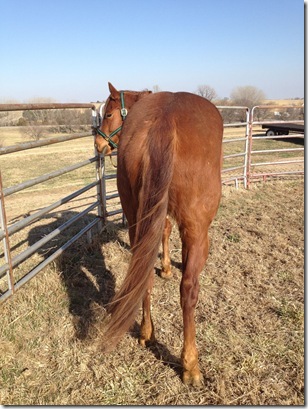 I took some advice from a friend and also had a discussion with Nutrena on their Facebook page.  We have put Fancy on a full can of Safe Choice each day.  They also recommended a Nutrena supplement booster but I had already purchased Purina Amplify which was close to the same, so will use that in addition to the Safe Choice.  The pictures above were taken when I started this new feeding program on March 16.  I am told I should see a difference in about 14 days, so I will take more shots at month’s end. 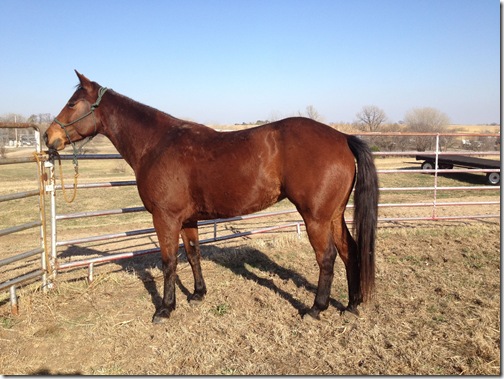 I also started Windy on Safe Choice.  Not as large of a serving and I am not including the Amplify because I don’t really think she needs any weight gain.   I think she has good weight right now but I am increasing her miles as the weather warms.  Look at the difference in her coat compared to Fancy’s.  It just looks healthier.  They are built a lot the same way, but Windy’s hip and neck are more filled out.  Realizing that I put close to 700 miles on her every year, it should be, but I guess I am striving for Fancy to look similar as we continue to bring her along.

(Oh, and for the record, the horses are not tied to the panel fencing.  The rope is just thrown over the rungs.  Either of them could walk away from it at any time.  Only mentioning this because I’d hate for the Fugly-folks to try to out me for tying unsafely.)