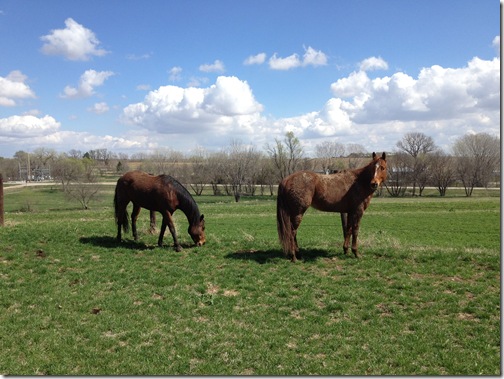 It’s been seven days now since I started the new feed regimen for Fancy and Windy.  It rained all week and today was the first nice day.  I had to take an inch of dried mud off Fancy to even photograph her.  What a pig!  Windy was better, but not by much.  (Look at the green grass in the arena and the alfalfa coming up in the field behind them!  Incredible for March!) 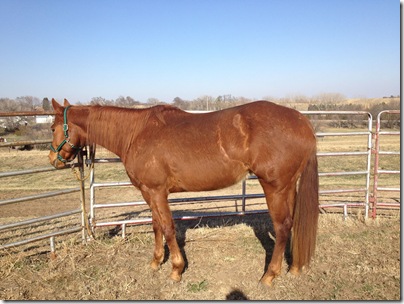 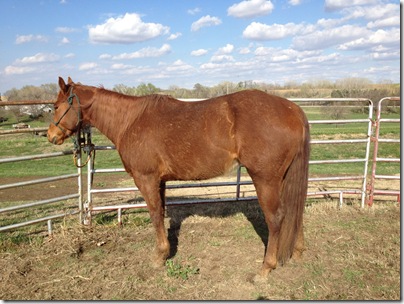 Her coat appears in worse shape today but that is only because she is a filthy dirty mess.  I chipped off the big chunks for this picture.  If I see any difference at all, it is very subtle.  Perhaps in the hips or it could just be the angle the picture was taken.  The texture of her hair has not improved at all.  But she is shedding a lot more, so hoping it will just be a matter of time.  It’s only been a week so I wasn’t expecting anything drastic at this point. 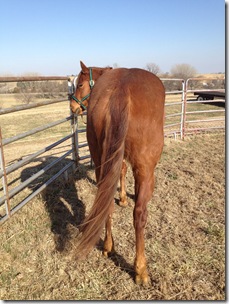 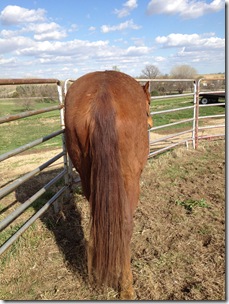 The left picture was last week, the right was today.  Again, I don’t see a huge difference.  She might be rounding out a bit better on the hip – its just too early to tell, I think. 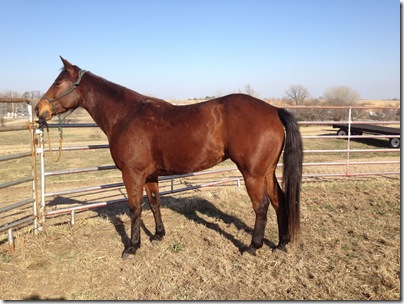 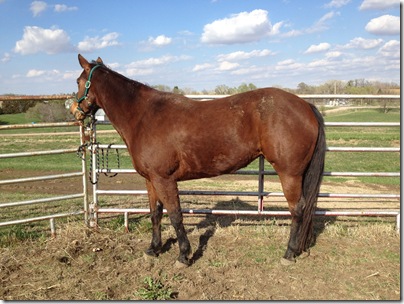 Windy was dirty, too, so you aren’t seeing the shine she had last week  She looks good.  If she has put on weight, I don’t see it, but I don’t think she necessarily needed to.  I just know my riding time is going to be picking up and want her in great shape.

So what do you think?  Am I missing anything or do you agree its just too early?

While I am showing before and after pictures, these pictures were taken out our front door.  The one on the left was taken a year ago; the one on the right was taken this morning.  Can you believe we’ll be mowing before long?  Some of the ornamental trees at work are already blooming.  Most often ours here at home bloom a few weeks or so after those in town; we are just a bit north of there.   According to my notes, ours didn’t flower until the first part of May last year. 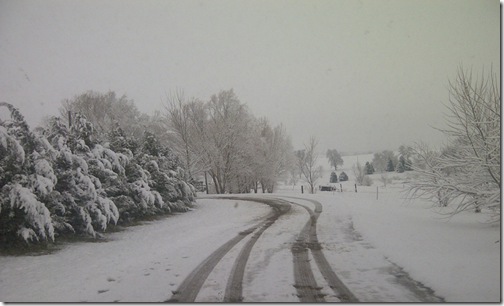 And last year it snowed 4 inches on March 26.  I feel like we are VERY blessed with this weather but sure don’t believe we are out of the woods yet.  I am looking at the weather bug right now and it shows 57 degrees at 10:00 PM.  I’d better go saddle up!