I am so far behind I don’t know where to start?  Not only with this blog, but housework, laundry, Derby miles… the works.  It has been a crazy busy week.  When John asked what we were going to do today, I told him I needed a minimum of two hours by myself – no people and no one talking to me – just because.  So I am in that two hour window now and trying to figure out how to make the best use of that precious time.  So I blog. 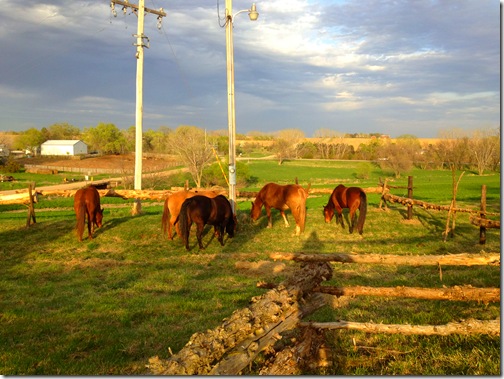 We built a new fence in the north grazing pasture.  It is a small area that we don’t like to mow and put the horses in for flash grazing during the day.  John had a bunch of tree trunks from a cedar tree line he took down for a neighbor a few years ago.  He enjoys doing stuff like this and it looks nice.  Still have some finishing up to do on it today. 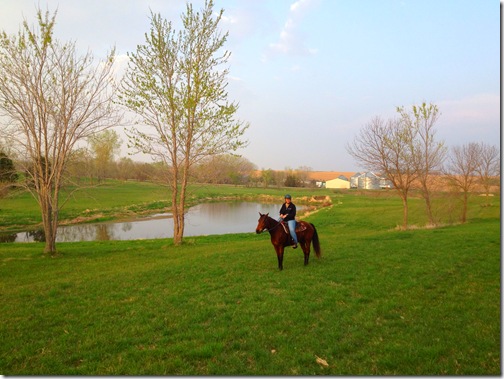 Every thing is in bloom.  The pastures are green, the trees are becoming heavy with leaves and the flowers are blooming. 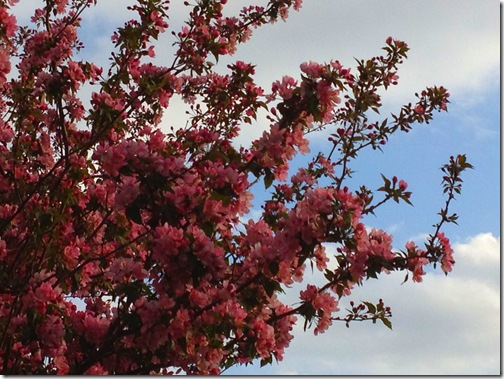 Every day is a new surprise.  The flowering crabs started blooming last week; a good six weeks before they bloomed last year.  On Friday, the tulips were open and when we got home yesterday, most of the lilac bushes had blooms.  It was 91 degrees yesterday; a new record for March 31 in Nebraska.  The previous record was 88 in 1946.  Today is suppose to be as warm. 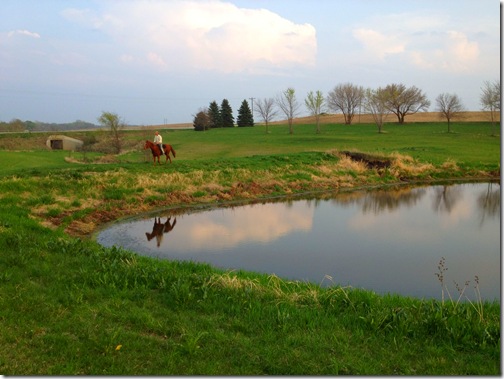 John and I have been stealing rides between spring chores.  Not racking up a lot of Distance Derby miles but not really concerned about it either.  We have lots to do before McCain’s graduation so we ride when we can and keep plugging away at getting caught up around the farm. 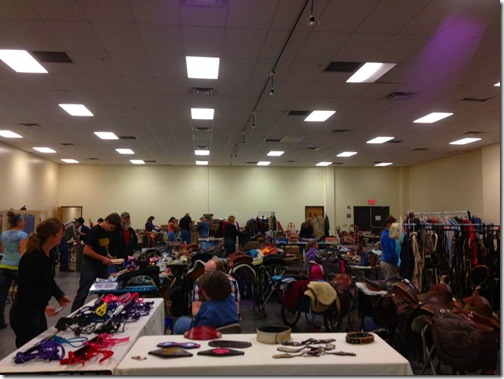 This past weekend, my friend Cindy and I hosted a tack swap meet at her Chance Ridge facility in Omaha.   Best guess is we had a few hundred shoppers.  I came home with a new Myler bit and some other goodies – all necessary, of course.  (wink) 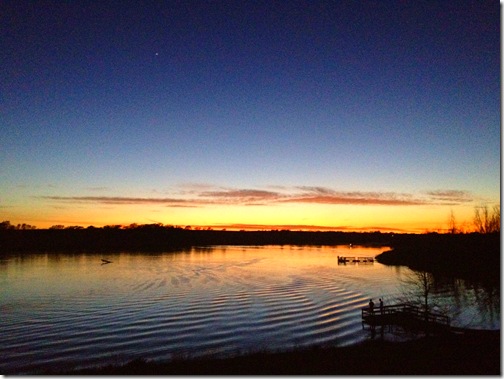 Case and his buddy went fishing last night.  That is them down on the dock.  They didn’t catch much but enjoyed a nice evening and a beautiful sunset.  Tomorrow is my son, McCain’s, 18th birthday.  Where has time went?