The Friday After Mother’s Day Ride 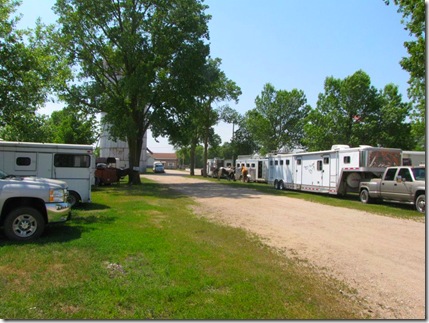 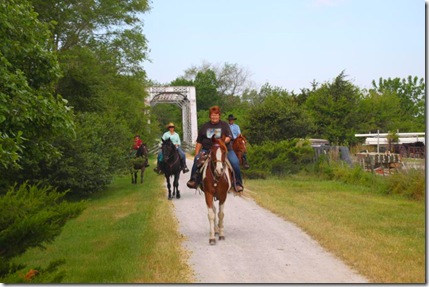 Downtown Valparaiso started to fill with horse trailers a little after eight o’clock in preparation of the 10:00 AM ride.  Kathy, my friend and trail boss for this ride, promptly lead out at the top of the hour.  Unusual for this time of year, temperatures were predicted to be in the low 90’s thus the usually unwelcome wind was much a relief to the horses and riders. 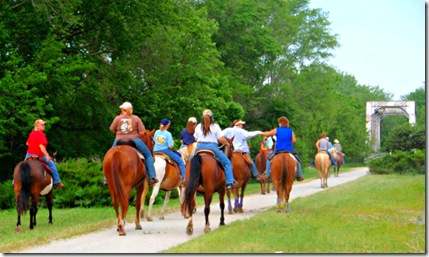 I usually have a person counting heads as they cross the first bridge, but due to a tree down on the trail that wasn’t there when I pre-rode a few days earlier, my counter had to do trail clearing duty so there was not an official head count.  By name, I could come up with sixty riders and it wouldn’t be unusual for me to not know half of the riders so best guess is 100 or so.  A little down from the previous year but a nice sized ride none-the-less. 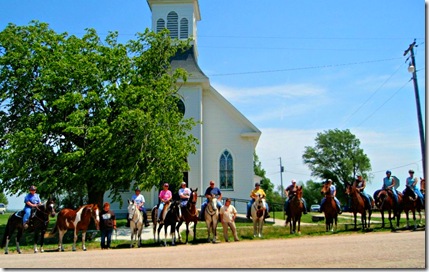 The Great Horsetrailriders Distance Derby Riders were special guests and we met in Loma for a group picture.  Not all of us by any means, but a good showing.  This group has become very special to me and I am so glad to see old friends and to meet some new ones from the Derby. 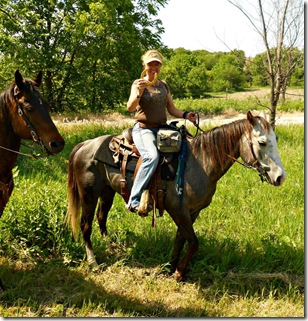 As is tradition, some riders were fortunate to find a golden horseshoe along the trail and receive a nice gift courtesy of my friend, Jane Shanahan and her husband, Steve.  I picked a lot of the photos from Horsetrailriders Facebook page to share with those of you who weren’t there.  I am never able to see everyone along the 7 mile trail (14 miles round trip), so pictures are the next best thing. 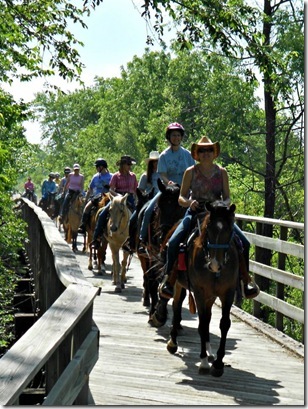 I realized two beers over lunch in 90 degree weather was probably not the best plan.  Water would have been a much better choice.  I felt if we went too slow going back to Valparaiso, I might drop from my horse.  So I teamed up with another Distance Derby rider and we quickly put those seven miles behind us. 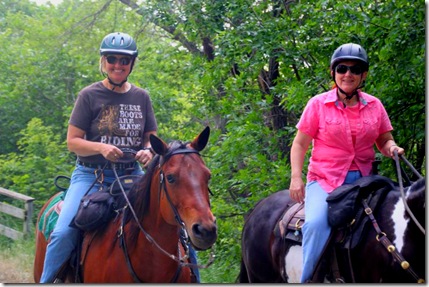 Many of us met at the trail head in Valparaiso following the ride for some beverages, pot luck and stories of the trail.  Unlike other years, there was no ambulance called; as far as I know, all horses and riders faired very well.  Next year, we’ll do it all over again – the Friday Before….


Thanks everyone for sharing the trail me.