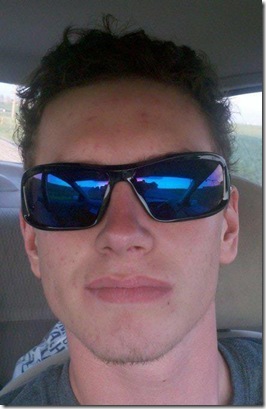 The house is so quiet.  Its just me;  “the graduate” due home soon.  I see on Facebook he has cut his hair.  The same hair that I could not get him to cut prior to graduation.  I’m trying to figure out if it was the result of peer pressure or a request of his new boss.  I haven’t seen him in person yet having been gone for the long weekend and he with his new job and all.


The husband and the soon-to-be sophomore (we all made it through his freshman year!) are working on a ranch up north where I had the privilege to be invited to ride this past weekend.  Yes, we avoided the holiday weekend crowds at the state parks and found a little bit of paradise tucked away in northern Nebraska.  But I’ll get to that soon. 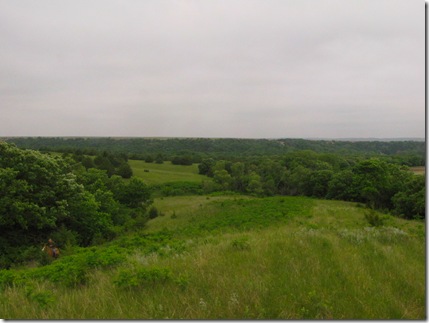 John has been working periodically for my friends who own the ranch.  They have a large equine related operation here near the city and family properties.  He has enjoyed the variety of work and had really been looking forward to seeing the property up north which will soon be grazing cattle.  This past week he has been getting corrals ready and repairing pasture fence and other chores needed for this part of their business.  Several friends, including the ranch owners, planned to meet there this weekend for some R & R (riding and relaxing). 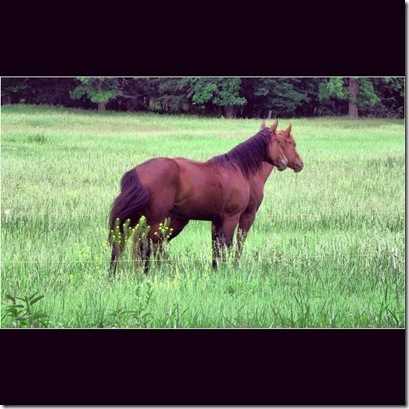 Being that it is a 200 mile drive up to the ranch, I decided to break up the trip a bit and leave Thursday evening, overnighting at a state park about halfway there; a horse camp and trail I have never ridden.  There are not many miles of trail at this park, so not a likely destination but certainly warranted visiting.  Although I would have loved to have the time alone with my son, I let him invite a friend.  I loaded up Fancy and Windy and the two boys and we took off after work last Thursday.  (By the way, I am really into the Instagram App so you will see all sorts of photo-shop type things going on with my pictures.) 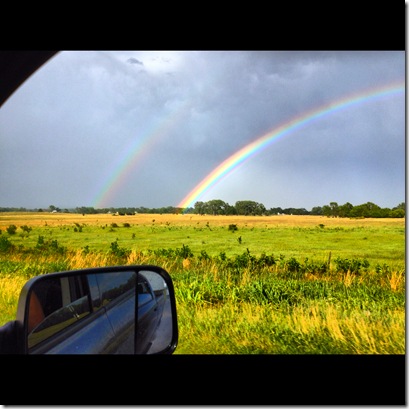 I didn’t check the weather and we got into some crazy storms about an hour into the trip. Luckily no hail and we did see the most beautiful rainbow.  Case took the above picture from the truck window with my iPhone.  I wish I had the pictures from his iPhone; he took a lot more.  This one does not do it justice.  I tell you, it’s colors were fluorescent.  I’ve never seen anything like it.  Had I not been pulling the trailer on a 4-lane highway in a storm, I would have pulled over with the good camera and tried to capture what our eyes were seeing.


A couple friends who were also heading to the ranch met us at the state park that evening.  That park is nice.  Very Nice.  Too nice, really, for horse campers.  There was even a camp host, who took his job of monitoring horse activity, teenaged boys and alcoholic beverages (unrelated to teenagers)  very, very seriously.  He warned us that we would be sharing some of the trail with “hundreds of women with strollers” and horse poop on the shared trail must be cleaned up.  Just when I thought the coast was clear and pulled out my Jamaica Me Crazy wine cooler, he came back to tell me my boys were on the beaver dam.  Huh?


Really, we are good citizens and we do follow (most of the) rules.  I don’t think I ever felt more like a hillbilly.  Most horse camps are like the Motel 6.  No one is real particular because we bring 1,000 pound animals with frequent bowel movements, fifty pound bags of hay and our own shovel and we sleep in the horse trailer, for goodness sake.  We are used to cleaning up after ourselves.  A camp host?   Really?  This was like the Marriott for horses. 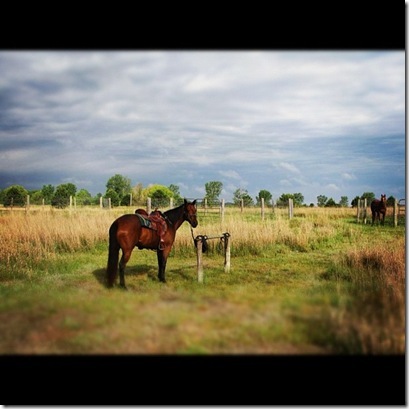 It was chilly that first night; so much so that I ran the heat strip in the trailer.  We bundled up in the morning in ear bands, gloves and fleece jackets; ready to encounter the hundreds of strollers which have probably already taken over the trail.  I hankered with the idea of riding Windy and ponying Fancy, but in the end, decided to leave Fancy in the pen and take Windy.  It would be good for Fancy to be separated from Windy for a bit.  I wasn’t sure how the camp host would feel about a whinnying horse; I never got the lo-down on that one.


We encountered one fisherman and one jogger on our 7+ mile ride around the lake.  Not a stroller in sight.  Whew.  Dodged that bullet!