And if the Friday After Mother’s Day Ride wasn’t enough, we did it all over again the next day! 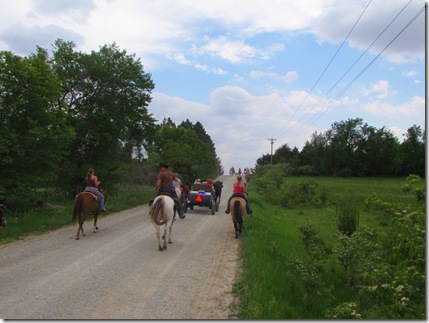 Once again, an annual tradition, my friends (also named) Tammy and John’s anniversary poker ride on horseback.  It typically is the weekend after the Friday Before Mother’s Day Ride but since my ride was a week later, it was the day after that ride.  Whew!  Are you following all that? 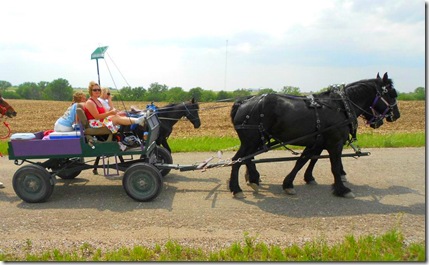 Anyway, (my) John and I loaded up early to trailer the 60+ miles to their house where the ride starts.  There were about 30-some riders saddled up to make the fourteen mile ride to a few local haunts where we would get a card for our poker hand.  Unlike the Friday After ride, there was a wreck in the first quarter mile and while the rider didn’t suffer any major injury, she opted to take a lift in the wagon for the duration of the ride.  Her horse, reportedly a bit spooked by the percheron team has more than become acclimated since the gelding ponied from the cart for the next 14 miles! 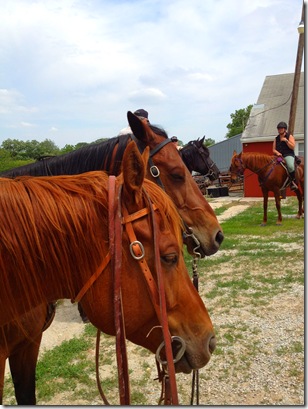 Now Miss Fancy Pants is starting to see a pattern here.  Get with a bunch of people other horses and we put in some long miles.  But I have to say, the mare did very well among the wagon, the people and temporarily being separated from Windy when I would ride away from her.  At every stop, both horses took the opportunity to rest. 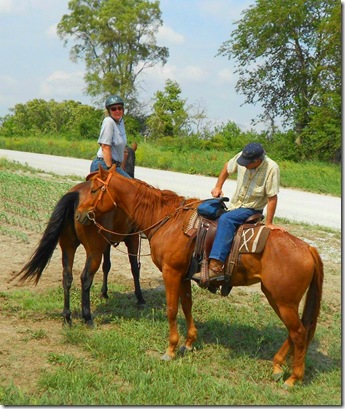 While I love to put on the miles, I have to tell you that by mile 10, I was getting pretty tired – my smile was starting to become forced. Those next four miles would be tough but the last stop in the local beer garden was a welcome relief.  Once again with warm temps, I kept hydrated with more water than adult beverage, but at mile 12, that cold one tasted pretty good. 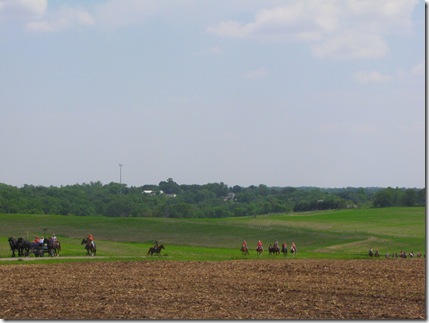 As we moved down the last mile, I couldn’t help but think of our friend, Renee, who passed away last winter.  On this ride two years ago, she, John and I galloped the last mile down that same road to complete the 14 mile ride.  And I don’t recall her missing a Friday Before Mother’s Day ride for several years.  I miss her very much. 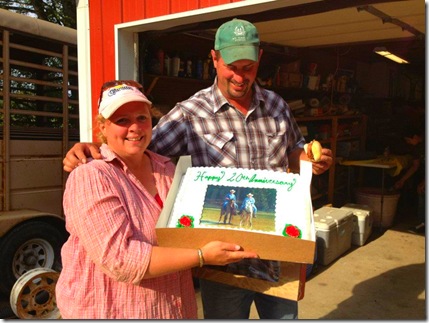 The day ended with (my friend’s) John’s wonderful pulled pork and homemade beans and more pot luck.  And cake.  Riding and food.  There seems to be a theme going here. 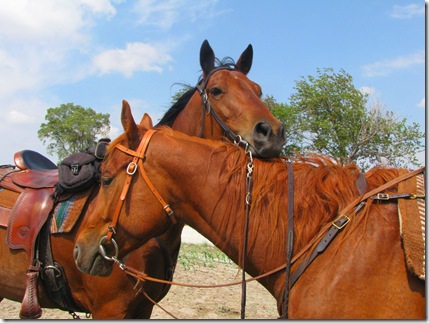 Our mares did close to 30 miles over the two day ride; a good hike but I felt with all the Derby miles, they were well conditioned to handle it.  Windy sure had some get up and go, even on those last few miles.  Every wet saddle blanket is that much more education for Fancy.  She is coming along just fine.