Riding at the Ranch 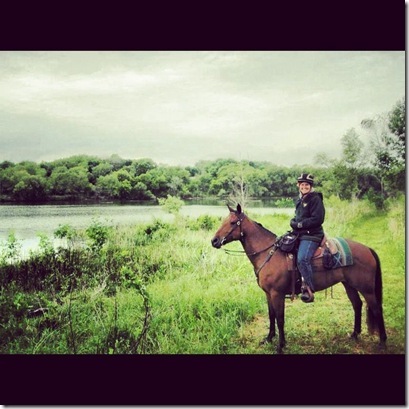 By your comments on my previous post, I am sure pretty sure when I finished with “More to Come”, I may have inadvertently implied it was a cliff hanger of sorts.  No, not that exciting.  I simply meant there was more to the weekend to share with you.  The prior post was already too lengthy.  However,  I did get some photos from one of the friends I traveled with and she caught Windy and I looking out for strollers near the grassy trail. 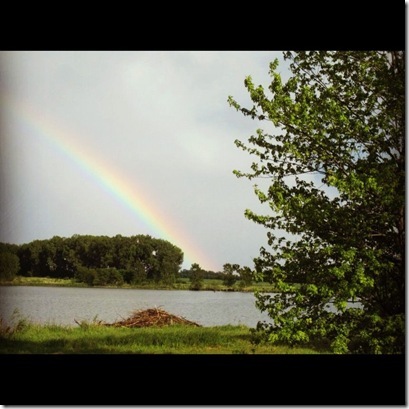 And she had captured the beaver dam that my kids were sure to destroy.  It’s the mound of sticks right under the rainbow. Damn kids anyway;  just can’t take them anywhere. 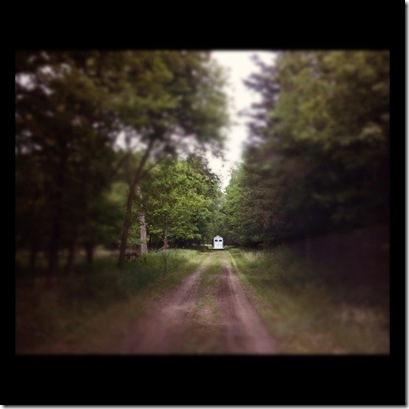 We had another two hour drive and arrived at the ranch mid-afternoon.  It took about a good half-hour for us to get parked in the big open area that would become horse camp for the weekend.  If it were just us girls, it wouldn’t have been a problem.  We look for shade and strategically place our trailers so that our camper doors open into the “camp” area.  Should be simple enough, huh?  The guys do not get the door concept and instead look for level spots; never mind that one door opens west and one door opens east on the opposite sides and the trailers are two football fields apart.  We told them they would never survive cowgirl weekend!  That accomplished, we set up fencing and pens for our horses. 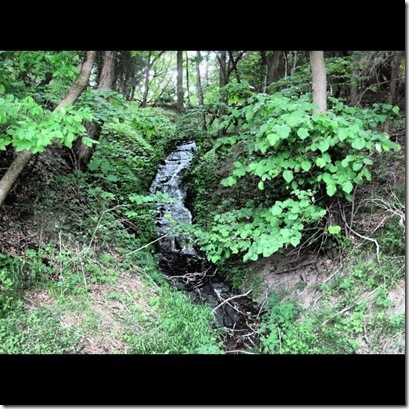 The ranch is nestled down in a canyon sitting right on a large creek.  Water to the ranch house is all provided by the aquifer and water comes out of the canyon walls.  It is caught in a cistern which serves as a “water tower” of sorts.  There are several clear water (and cold!) creeks running right through the ranch yard being fed by several water falls.    The same family owned this ranch for 80 years.  It was then sold to a small group who was going to use it as hunting property.  That fizzled and my friends bought it about five years ago.  It is their intent to graze cattle on the land and also enjoy it recreationally. 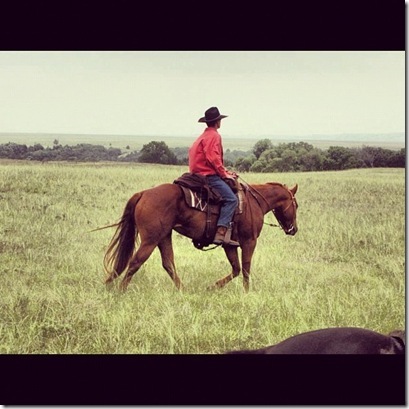 We rode out into the pastures checking fence lines, dropping down into the canyons and crossing more creeks fed by the aquifer.  We saw deer and turkeys and some unidentified wildlife in the distance. 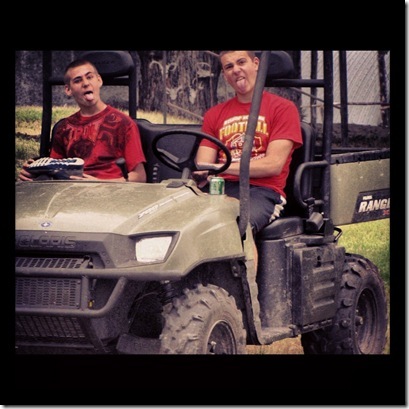 Case and his friend found the Ranger.  They also found lizards and caught a few and built them a desert resort in a large computer box they found in the shed.  They spotted several turkey nests and snuck up to watch a few eggs actually hatch as the mother hen watched them very closely.  It was fun to see him “young” again. 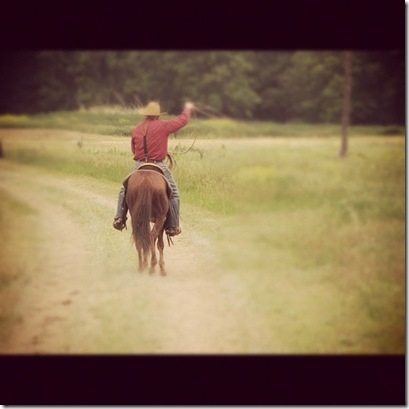 On Saturday, we rode to the Niobrara River and the boys enjoyed playing on the beach and in the water for a few hours.  The sixteen mile ride there and back was on gravel roads but gave us a taste of the countryside. 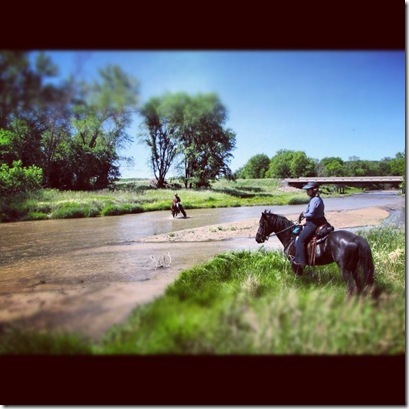 The water in Eagle Creek was not deep and very clear.  The boys walked it one day up to where it connects to the Niobrara River.  I don’t think they disturbed any beaver or other varmint on their travels though I do recall hearing gun shots in the distance.  Perhaps I should have been concerned. 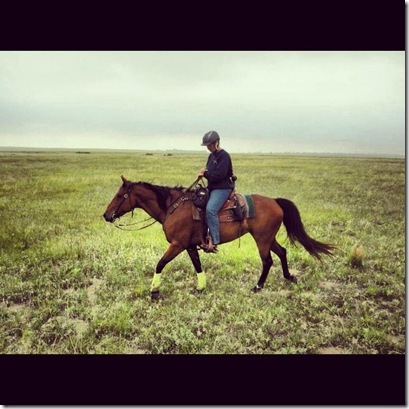 I logged close to 40 miles for the Distance Derby this weekend.  I was caught checking my GPS in the picture above.  I am usually the one with the camera so it was fun that my friend caught some pictures of Windy and me for a change.  I keep telling the kids when I die, they are going to wonder why there are no pictures of me.  Because I am the one always behind the camera, not in front of it. 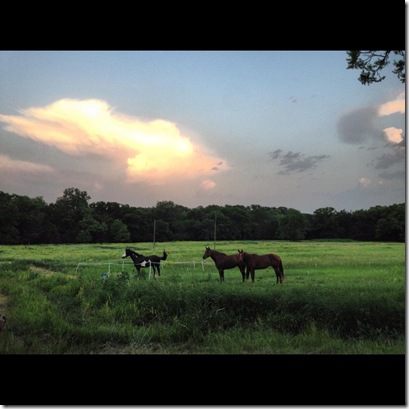 As always, we ate too much.  Food has become as important to camping as riding.  Well, almost.  Nebraska weather dealt us all kinds of change; from coat and gloves to about four hours of sweltering humidity to one night of tornado watches and high winds.  The rest of the time was just about perfect.  It was so nice of our friends to share their ranch and good to spend time with friends and family in this truly remote place. 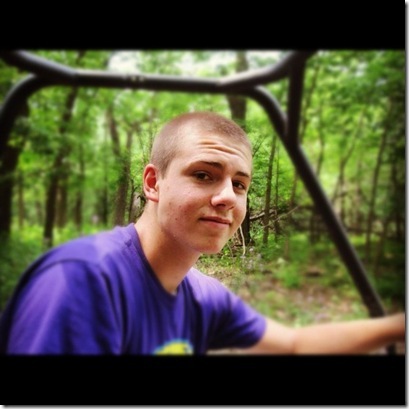 Case convinced his dad to let him stay at the ranch this week and work with him.  I loaded up my horses and had a nice, peaceful four hour drive home alone.  Pandora radio is my friend.  Do you even hear one song and it makes you think of another and you find that and think of another and then play that one?  Yeah, you know what I’m talking about.  I went from Head East to the Partridge Family, Queen to Johnny Cash, Rock Me Gently to Maggie Mae with a little John Denver, Dan Fogelberg and Jim Croce thrown in for good measure.  I still knew all the words to every song.