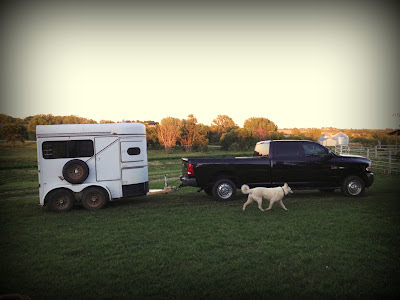 McCain came home the other night and said he had no brakes in his car, “but I can stop using the emergency brake.”  Just what every mom wants to hear.  So today he took my Durango to work and I unhooked the trailer so I could drive the new truck. 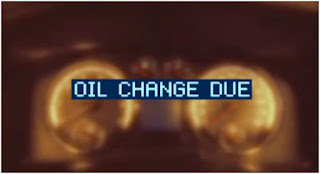 When I got in the truck this morning and turned the key (which I recently learned you don’t have to hold while it cranks – it just does it), the dashboard illuminated the message “OIL CHANGE DUE”.  I hate to say that if the truck wouldn’t have told me, it wouldn’t even have crossed my mind.  A quick look at the odometer told me it was probably right.  It’s bad enough to have one car down.  Now this one is telling me it needs work!  Just like the kids; always wanting something.

So as I’m driving into town, I picked up my phone and asked “Siri” to call the local Dodge dealership so I could schedule an appointment.  Just wanting to drop it off, the service department said the first courtesy car would leave at 7:30 so I had about 20 minutes to get there which was more than enough time. 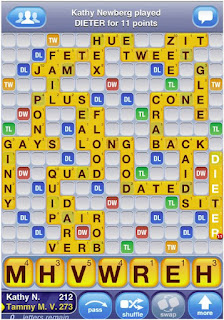 When I pulled in, they immediately directed me to the service bay.  The technician said I was the first in and he could have it done in ten minutes if I just wanted to wait.  I watched while they lifted the truck high above their heads and several men went to work.  I had just finished my last move on Words with Friends and just as I was contemplating a cappuccino from their galley, they called my name.  (Incidentally, I hadn't even given them my name; they must have pulled it from the VIN.)  They swiped my debit card and I followed the 7:30 courtesy car out of the lot. 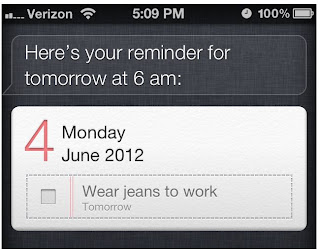 I couldn't help but think how we are living what we used to see on the Jetsons.  Oh, sure.  I don’t have that robot to clean my house but you can have cappuccino while getting your oil changed.  I play Scrabble on a handheld device that also not only makes phone calls for me but reminds me at 6:00 AM not to forget we are having a jean day at work.  I can plug this same device into my smart truck and listen to an audio book or any genre of music that I am in the mood for at that moment.  All these gadgets and toys to make life much easier and interesting. 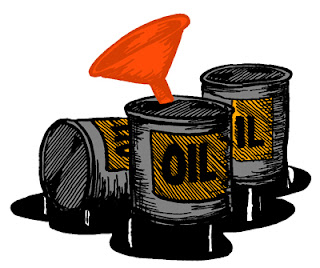 I remember when Dad would have to call the service station (on our rotary phone) to make an appointment to have the oil changed (two weeks from Tuesday).  Those doing the service (most likely the station owner) would either jack the car up or go into a pit below .  And each quart of oil (in a tin can) would be opened with two holes in the top, one after another,  and poured in through a metal funnel. 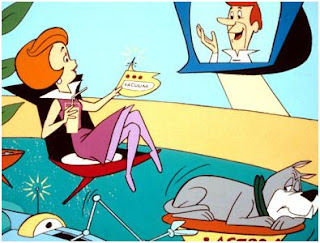 My truck was done in ten minutes!  I'm easily entertained.