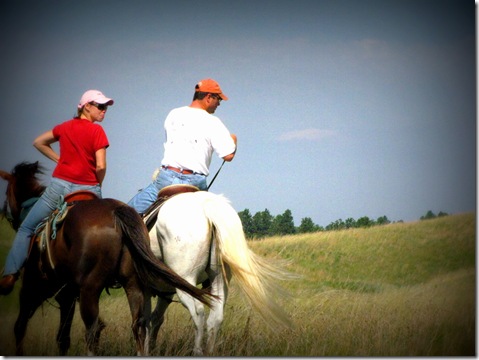 I wonder how many readers have heard the word “Kodachrome” before?  Perhaps in Paul Simon’s song; but did they know what it meant?  Per Wikipedia: “Kodachrome is a type of color reversal film introduced by Eastman Kodak in 1935.  It was one of the first successful color materials and was used for both cinematography and stills photography.”  There is more to the description but I have probably lost you by now.  And the Paul Simon song?  The part I remember most:

“When I think back on all the crap I learned in high school, 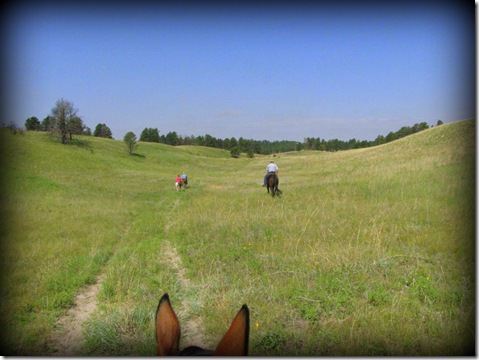 I really shouldn’t be on the computer.  There is a severe thunderstorm going on right now.  I keep thinking it has passed by and I’ll be fine and then bang!  The thunder rolls!  (Don’t get me started on that song!) 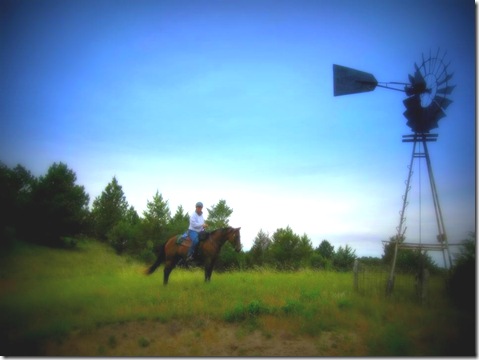 Except for this one of me taken by my friend Kathy, these pictures were what I took at Nebraska National Forest (Halsey) this past weekend.  I don’t think I had the settings right on my camera so I played around with them in Picasso to bring out the colors or add some effects. 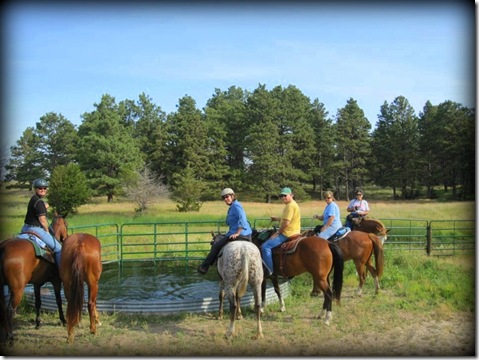 The pastures at the forest are fenced for cattle.  Because there are 70,000+ acres, the windmills are numbered and correspond to a map.  In each pasture is a tank for the cattle.  The horses always had fresh water; many – my Windy included – would have loved to have stepped into the tank but it is very dangerous.  The lip around the tank could (and has from what I was told) injure a horse’s foot or back of its leg pretty bad.  I always had to keep a tight rein on Windy at the tank because she loves to play in water. 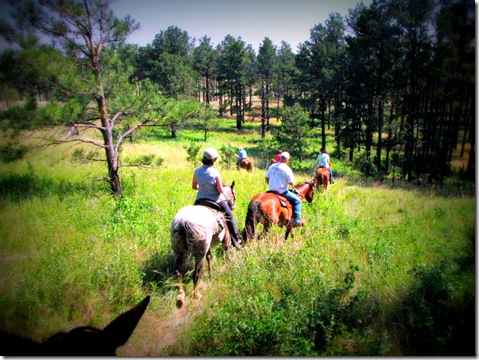 Nebraska National Forest is the largest hand-planted forest in the United States.  You can read information about this unique Nebraska forest by following this link. 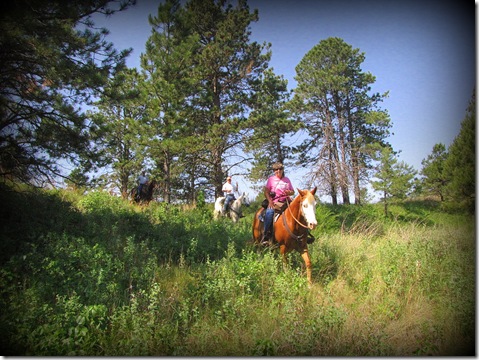 This is my friend Sharron on her horse, Boomer who is Windy’s “boyfriend”.  And I’m not kidding you.  We can go all winter and not see Boomer and he will unload across a parking lot and Windy will see him and start nickering.  They literally hug each other.  My favorite Boomer story is once when Windy refused to cross a river, I tried to get her to tail twenty other horses and she would not budge.  I had to call Boomer from the front of the line to come back and get her.  She rubbed her face on his rump and jumped into the water. 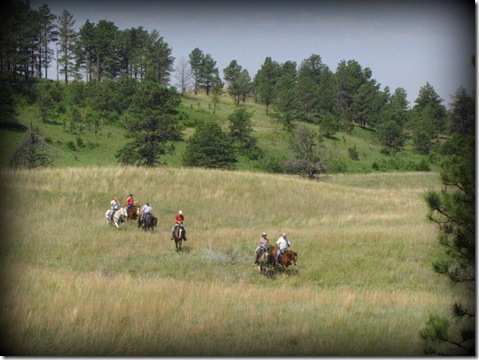 There was about a dozen of us riding those days.  Most often there was no nose to tail riding; we would spread out and blaze our own trail through the lush grass in the sandhills. 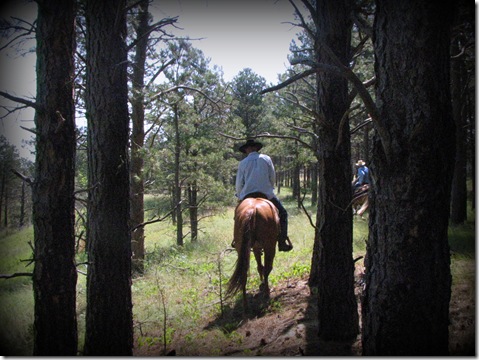 There was some fire in the forest this past year.  Although not real visible on these trees, you could see it while passing through others.  It would be scary to see such a large area on fire. 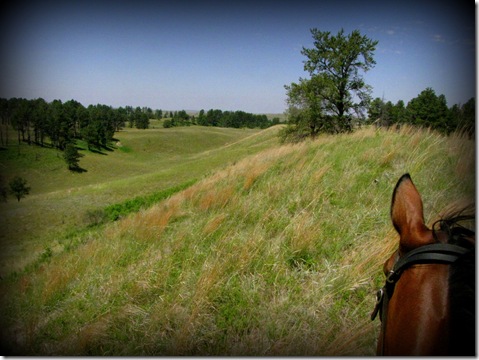 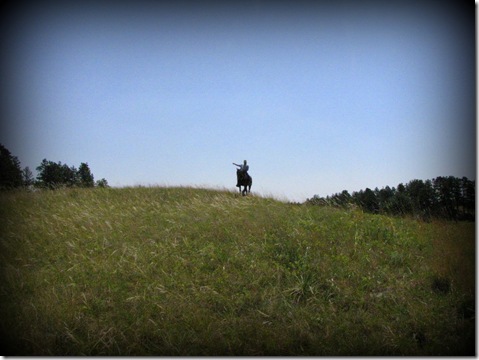 As we climbed the hill, Tracy saw the look-out tower and called to point it out to us.  I thought it was a good photo-op and snapped his picture. 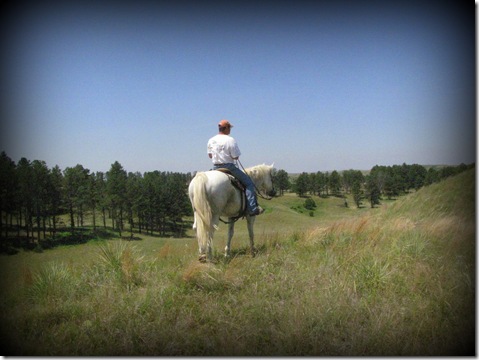 Levi’s white horse, Wally, made for wonderful pictures.  I am told that Levi grew up on this horse and there are pictures of him as a young boy, riding Wally. 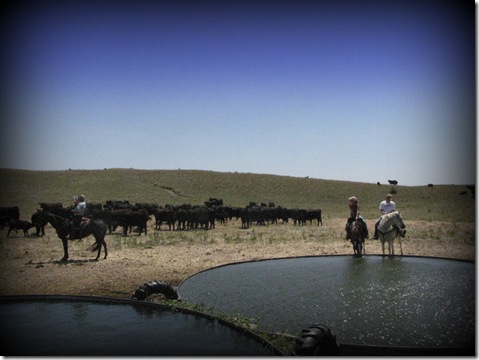 The cows and their calves were at the last tank before we headed back to camp.  We stopped to water the horses and the cattle moved back a safe distance, always watchful over their babies. 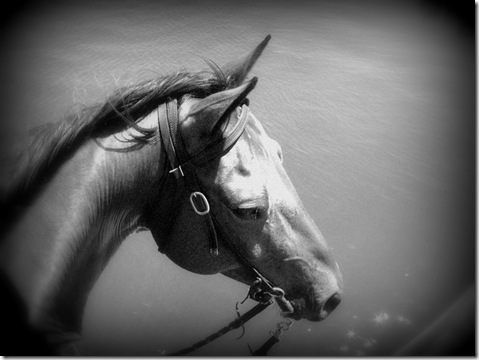 Windy watching the cows behind us. 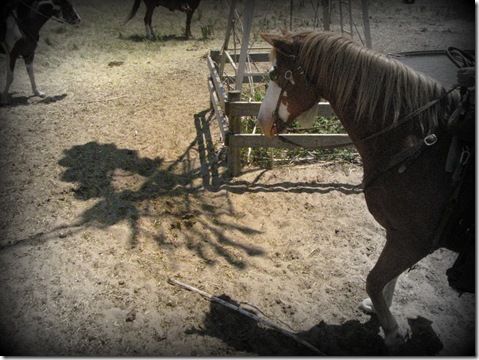 I would make fun of Boomer being scared of the shadow of the windmill, but he wasn’t the only one.  It really concerned many of the horses to hear it turning from above but to see it in the sand.  I should have switched to video so you could hear him snort! 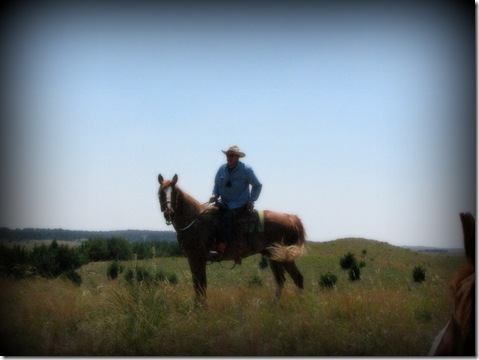 A very nice picture of Rich and his horse, Duke. 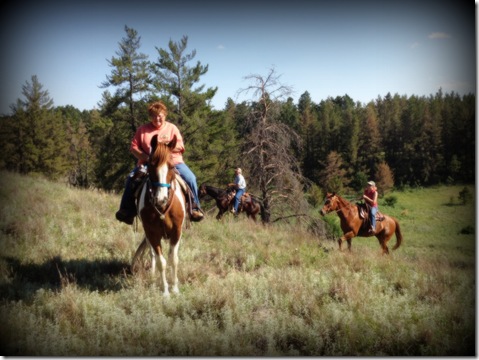 Kathy posing while Tracy and Joni climb the hill behind her. 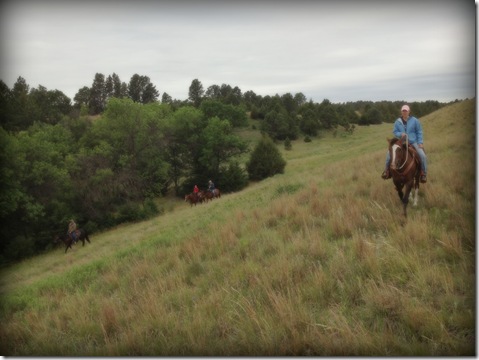 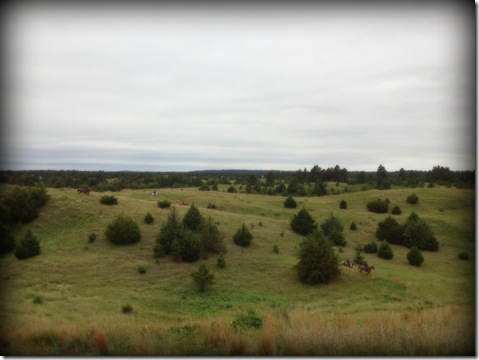 More diverse riding.  Look at everyone in the distance. 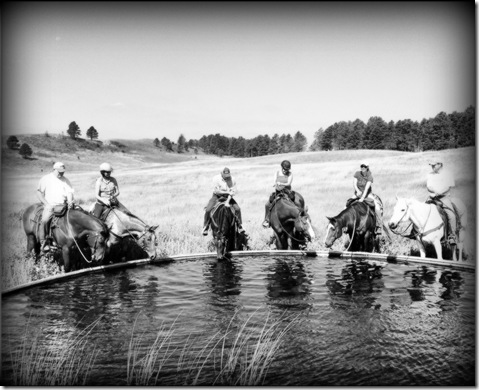