Oh, my poor neglected blog…  Was my last post really June 3?  When that much time has passed I have either been very busy or out riding.  Well, its been a little of both. 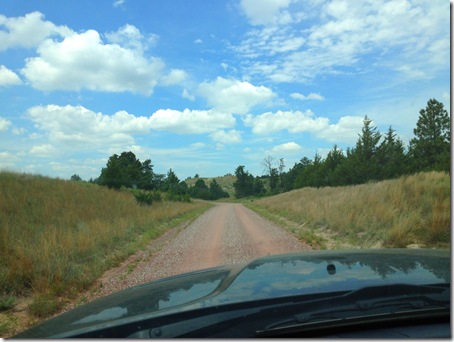 This past weekend I drove out to Nebraska National Forest near Halsey for a long weekend.  I hauled both Windy and Fancy and drove out alone.  John was still working up north at the ranch and would meet me there at week’s end; Case hung with his Nana and McCain prepared to move out for the summer.  I really need another dog.  Yes, I have three right now but for various reasons, none are good camping/traveling dogs.  I need a fourth dog to keep me company on these 4 hour drives.  Don’t tell John. 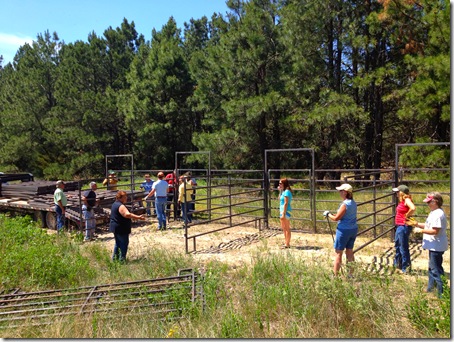 We were celebrating my friend, Jules, birthday but also installing eight new corrals at the horse camp, courtesy of the Nebraska Horse Trails Committee.    So a little work and a little play.  I have to tell you, this volunteer stuff is over-rated.  Setting up those corrals really cut into my ride time!  But it was good to have that accomplished. 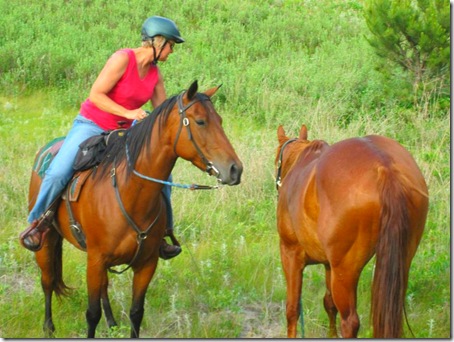 When we rode out on Thursday, I could have left one of the mares in a corral at camp but instead, chose to pony Fancy from Windy.  It just took about 3 times for Fancy to feel my spur in her chest to keep her at my knee next to Windy.  At times she would ponder a bit behind Windy, but she was very good.  Only once did I drop the rope; it was dallied around my horn and resting under my leg and I didn’t feel it go.  She waiting patiently as I turned around to get her. 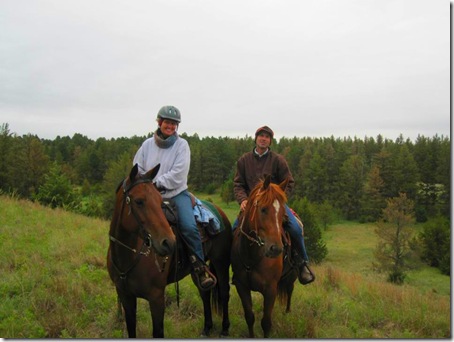 By Sunday, the temps had dropped considerably.  Thursday I was riding in a tank top and Sunday we were bundled up in our fleece once again.  That’s Nebraska weather for you. 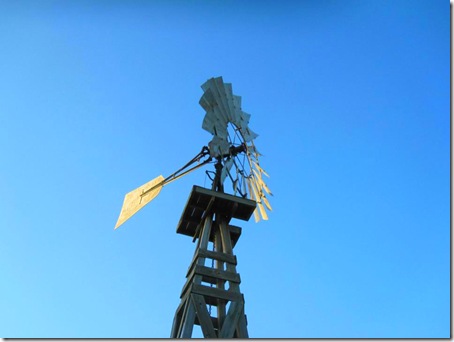 I have a lot of pictures from the ride that I hope to have time to post soon.  But for now, I just wanted to get rid of the stale post from June 2.