So Close But Yet So Far Away

When I was loading up the mares after our stay at the ranch, John made some comment about Fancy in comparison to Ginger as he was closing the trailer door.  I think he mentioned how much she looked like Ginger.  I didn’t catch it all and didn’t ask him to repeat it.  Although he said it out loud, it wasn’t really spoken to me.  It was his moment and I left him with his thoughts. 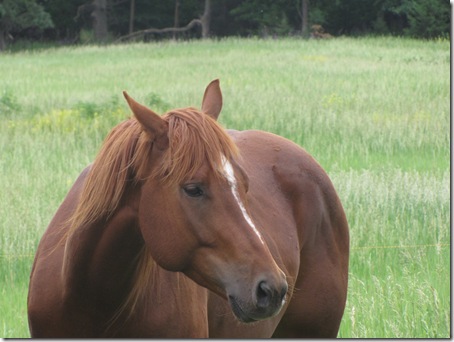 When I was going through my photos from the weekend, this picture of Fancy caught my eye.  It wasn’t necessarily a good picture; her ears were half-cocked among other things.  But when I saw it, I knew exactly what John was talking about that day and started going through the archives of the pictures on my hard drive. 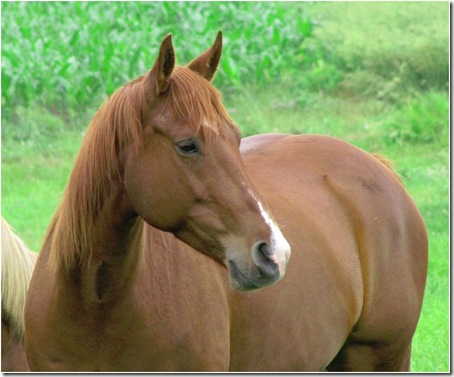 This picture here was what I was searching for.  Oh, you could pick it apart.  Their heads are different shaped; Ginger had a star and a snip where Fancy has a star and a strip.  Not shown in this picture, Ginger had a sock on the back foot where Fancy just has a little white on the front coronary band.  Fancy is close to 15.2hh where Ginger stood only 14.3hh.  Although Ginger and Fancy are both sorrel and in certain pictures taken at a distance, I sometimes have to look at the date to tell which one I am looking at, up close and personal I didn’t think there was much resemblance.  Until now.  Did I know what I was looking for when I found Fancy?  I think so.  I think we both did.


No.  I didn't try to clone Ginger or memorialize her with another horse.  Their natures are much different.  Ginger was kind of like Sally Field in Norma Rae;  short, tough, pretty but a fighter.  Fancy is more like Olivia Newton John in Grease.  Willowy, graceful, beautiful but strong.  You’d have to see the movies to understand.  I think we just knew the traits we liked about Ginger and saw a glimpse of them in Fancy.  We may not have even known then how close they really were, but yet so very different. 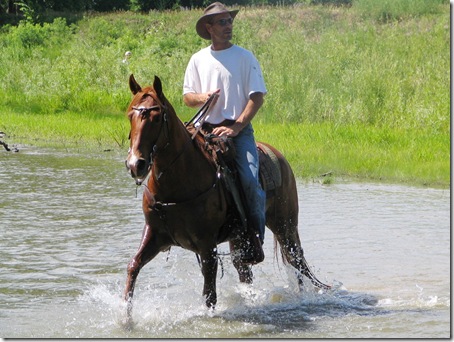 I know John misses the fire he had with Ginger but on the same token, he is appreciating riding a horse that is not quite so hot and offers strength in other ways.  I don’t think a ride goes by that we don’t think of Ginger and miss her terribly.  But I think we made a good choice with Fancy.  We once again have a pretty red mare in the pasture; nothing like her predecessor but yet so much alike in so many ways.