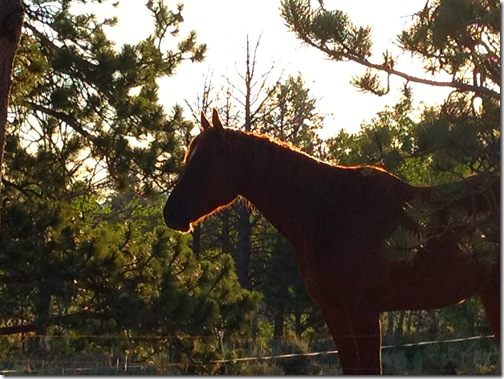 If you have been following the Horsetrailriders.com Facebook page, you have seen some of the pictures I have posted from our recent riding trip to Wyoming.  And I am sure I mentioned that it was an incredible trip.  Not only leaving the triple digit temperatures and enjoying the mild (no humidity) temps of Wyoming, but finally feeling like we could grasp the vastness of the area and not just wonder around aimlessly, but get in some good rides.  Oh, that’s not to say we didn’t get lost.  But that’s all part of the trail riding adventure. 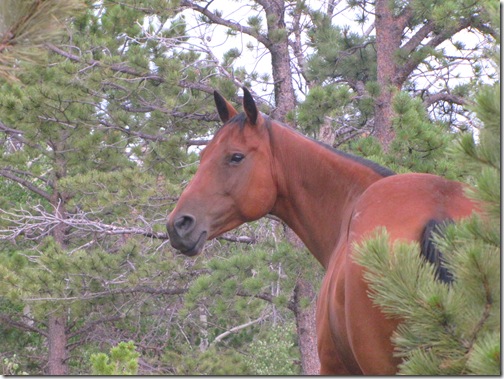 We left early last Saturday morning and met our friends, Jules and Steve, along the interstate.  Temps were once again to be triple digits and we wanted to get that put behind us as quickly as possible for the horses’ sake.  As we hit the Sidney, Nebraska area, the truck showed 101 degrees outside.  But each time we stopped for fuel, we found the horses to appear comfortable and neither were sweating at all.  The lack of humidity really makes a difference in how they travel. 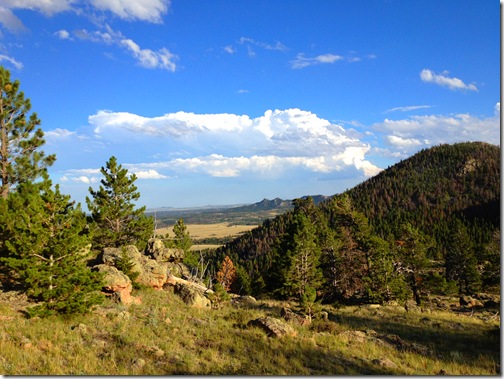 We arrived at Medicine Bow – Routt National Forests at a little after 3:00 mountain time.  We planned to camp in the Blair – Wallis area.  We remembered there being horse corrals and conveniently a creek nearby but also knew the chances of that area not being taken were slim to none.  We were not surprised to see the area taken, but were delighted to see a friend from the Omaha area.  We would not have minded camping with Dennis, but the group of children nearby wasn’t appealing (I am on vacation, you know).  After visiting with him shortly, we headed farther south (?) to a perfect spot right under a pretty mountain.  At this time, our horses had been on the trailer for almost 11 hours.  It was time to unload. 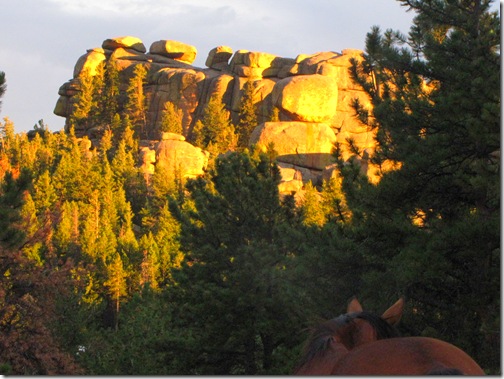 We watered the horses and provided hay bags while we set up the fencing for their pens.  The ground was so dry that Steve and John were having difficulty getting a charge into the fences.  They figured out a way to make it work that still has Jules and I a little baffled but not enough to care.  Beyond setting up the fence and plugging it in, the rest is beyond me. 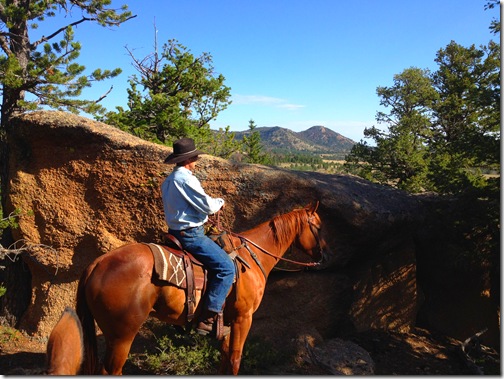 The next morning, we rode out to the base of the mountain below our camp.  We found some trails heading up and followed them as best we could.  The beetle bug damage has caused some trees to come down so some trails were not passable.  We made it as high as we could, shot some pictures and then worked our way back down. 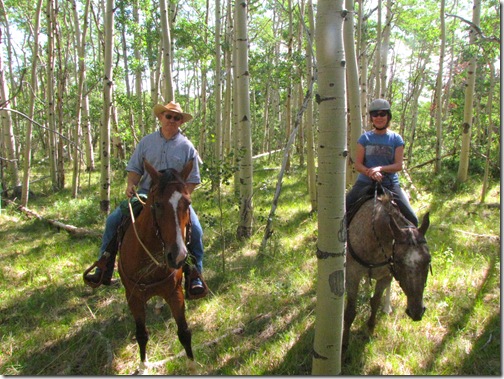 We then followed a jeep road along the base of the mountain, dropping down into the aspens in what was probably a boggy area earlier this spring but had since dried up.  We looked for moose but saw none.  They were grazing cows in the park so would occasionally come across a herd.  Its amazing they survive on such little vegetation but I guess its what they are used to. 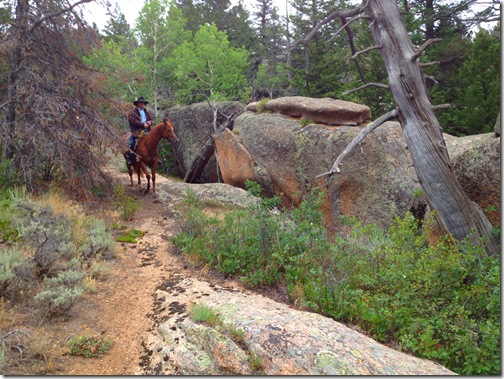 Our friend, Robyn, pulled in later on Sunday and that evening, we went for a short ride down the road from our camp.  The rock formations along this trail were incredible.  You can’t help but wonder how they came to be.  The Ice Age?  A large earth quake? 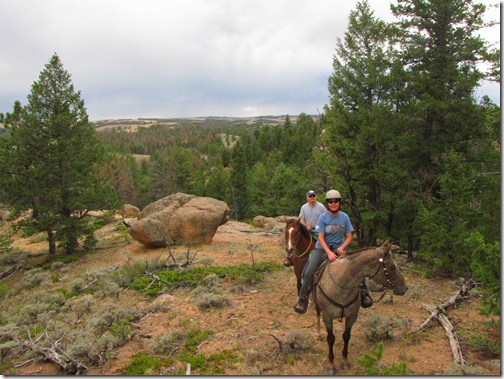 The next morning, we headed to the Pole Mountain trails.  Note to self:  get map PRIOR to going to Pole Mountain next time.  Oh, we did okay but ended up going about 5 miles more than we planned and popping out in an area that we didn’t expect.  But the views from the summit were worth the extra miles. 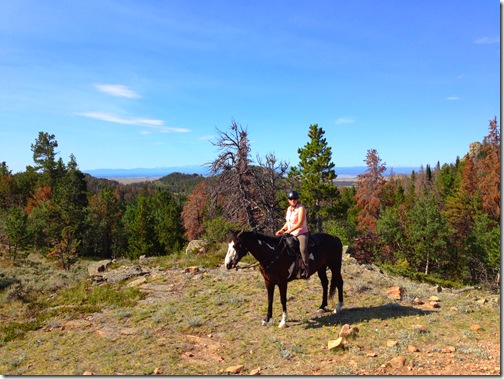 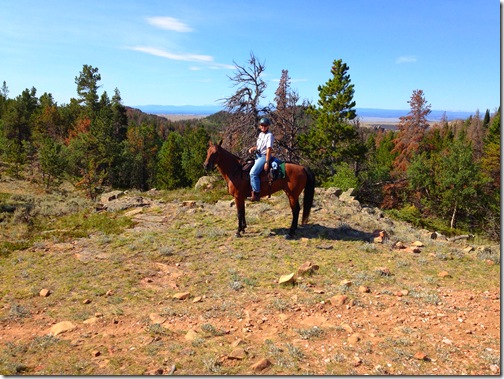 Picture time!  And Facebook worthy!  I couldn’t help but think that it was Monday morning and there were people at work while I was doing this!    What a life!